Beba was one of many Holocaust survivors who did not want to return to the ruins of their former communities in Europe. But it wasn’t so easy to find a new home. Many had to spend years in refugee camps, waiting for immigration visas.

Please note that artifacts open in a new window. To return to this list just close the artifact detail tab in your browser. Unless otherwise stated, all artifacts featured in the exhibition come from the YIVO Archives and Library collections. 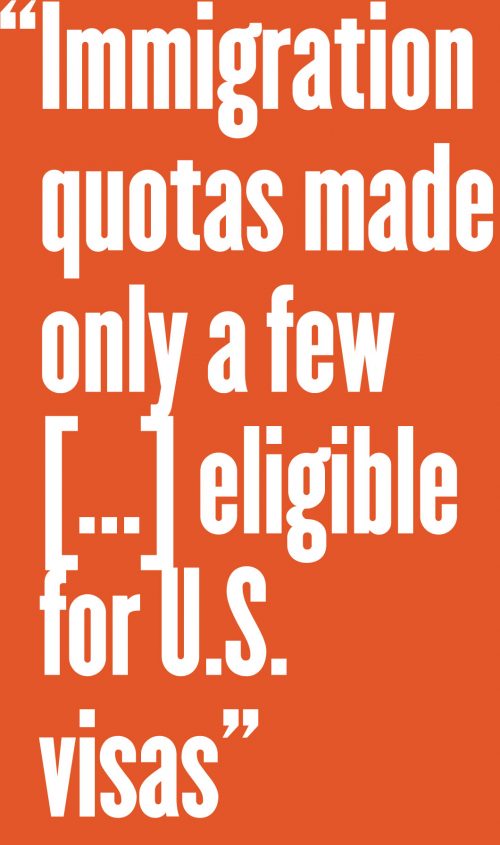 Were Holocaust Survivors Welcomed in America? 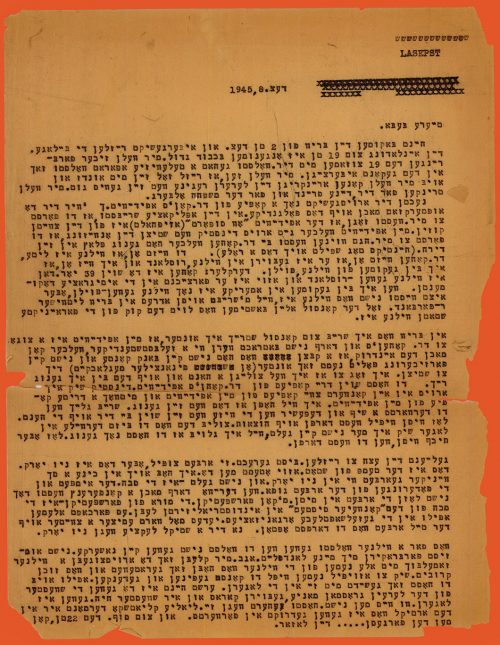 “I promise you I will make every effort, and in that regard, I am wealthy enough.” 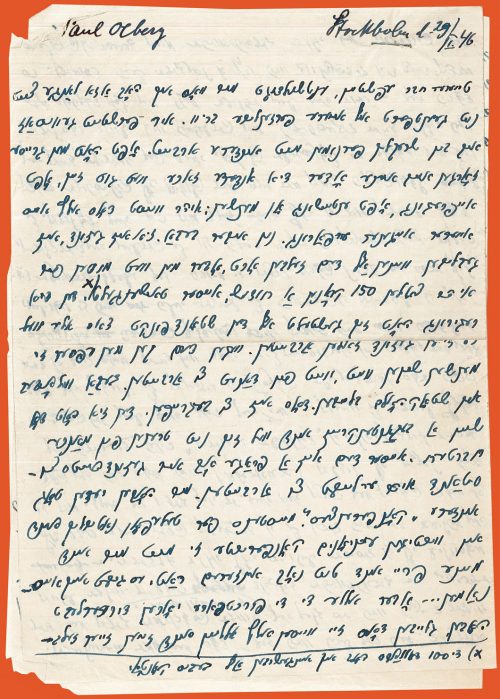 “As I’ve already telegraphed you, the American consulate found [her case] too weak.” 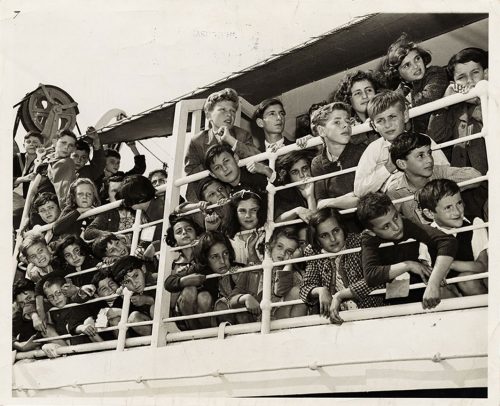 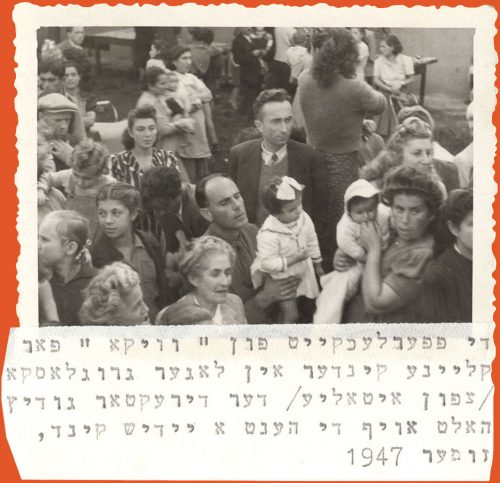 Crowd of adults and children at a DP Camp in Italy 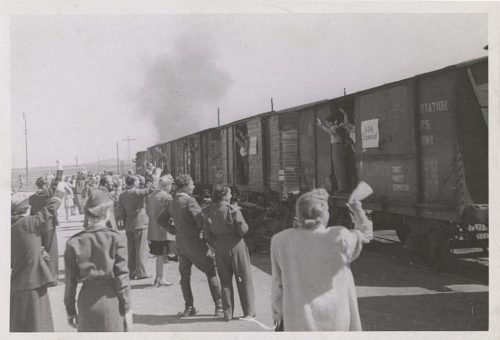 Refugees departing from a DP camp 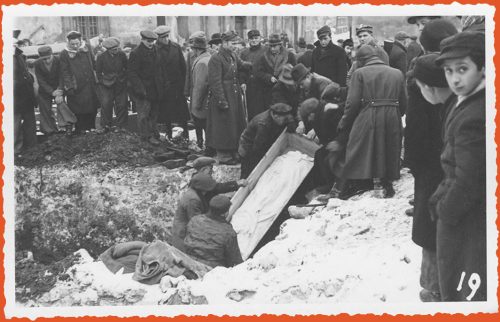 Exhumation of mass grave of Jews 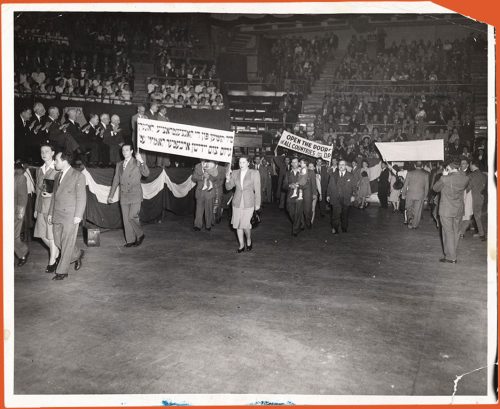 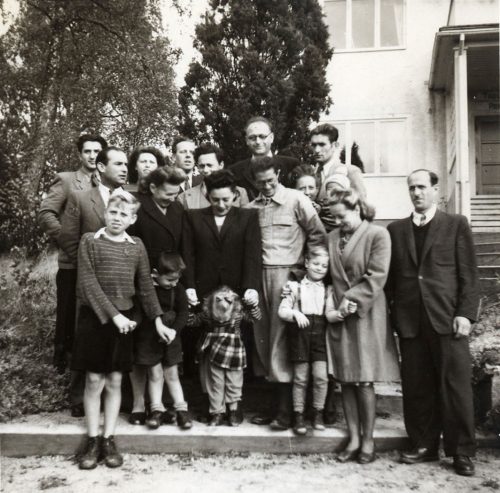 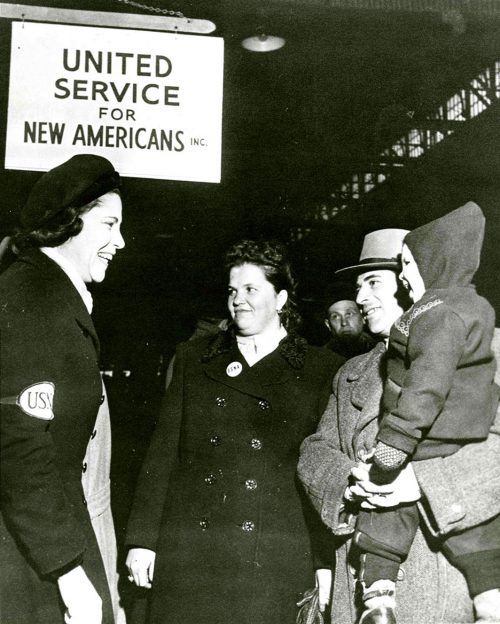 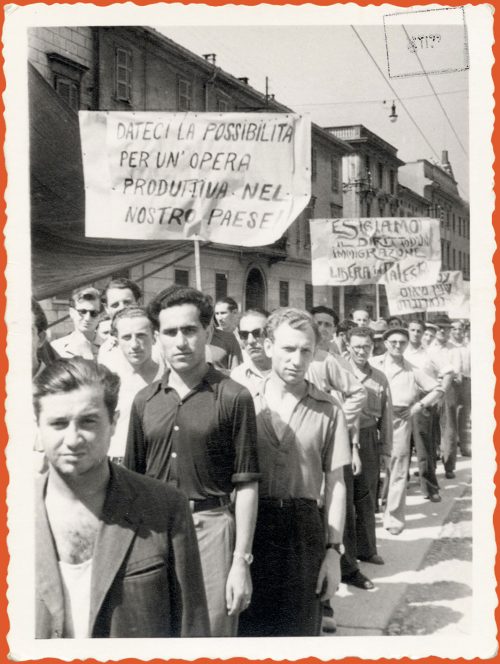 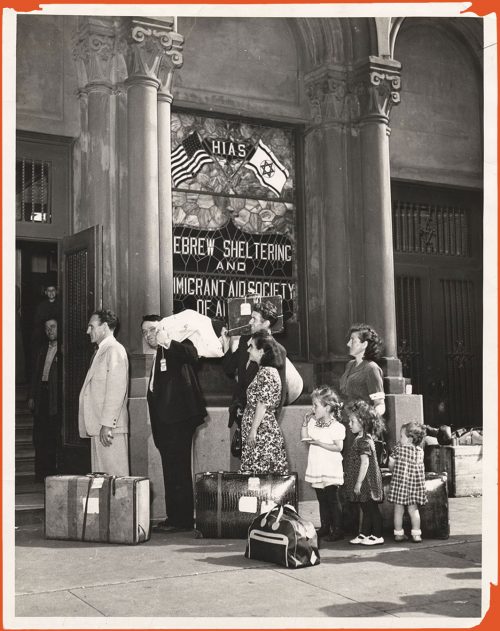 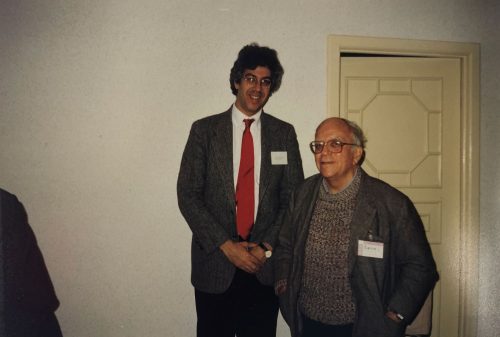 How come you don’t know who Israel Epstein is?

After the Holocaust, many survivors chose to immigrate. The majority went to the United States or the newly formed state of Israel, which was established in 1948. 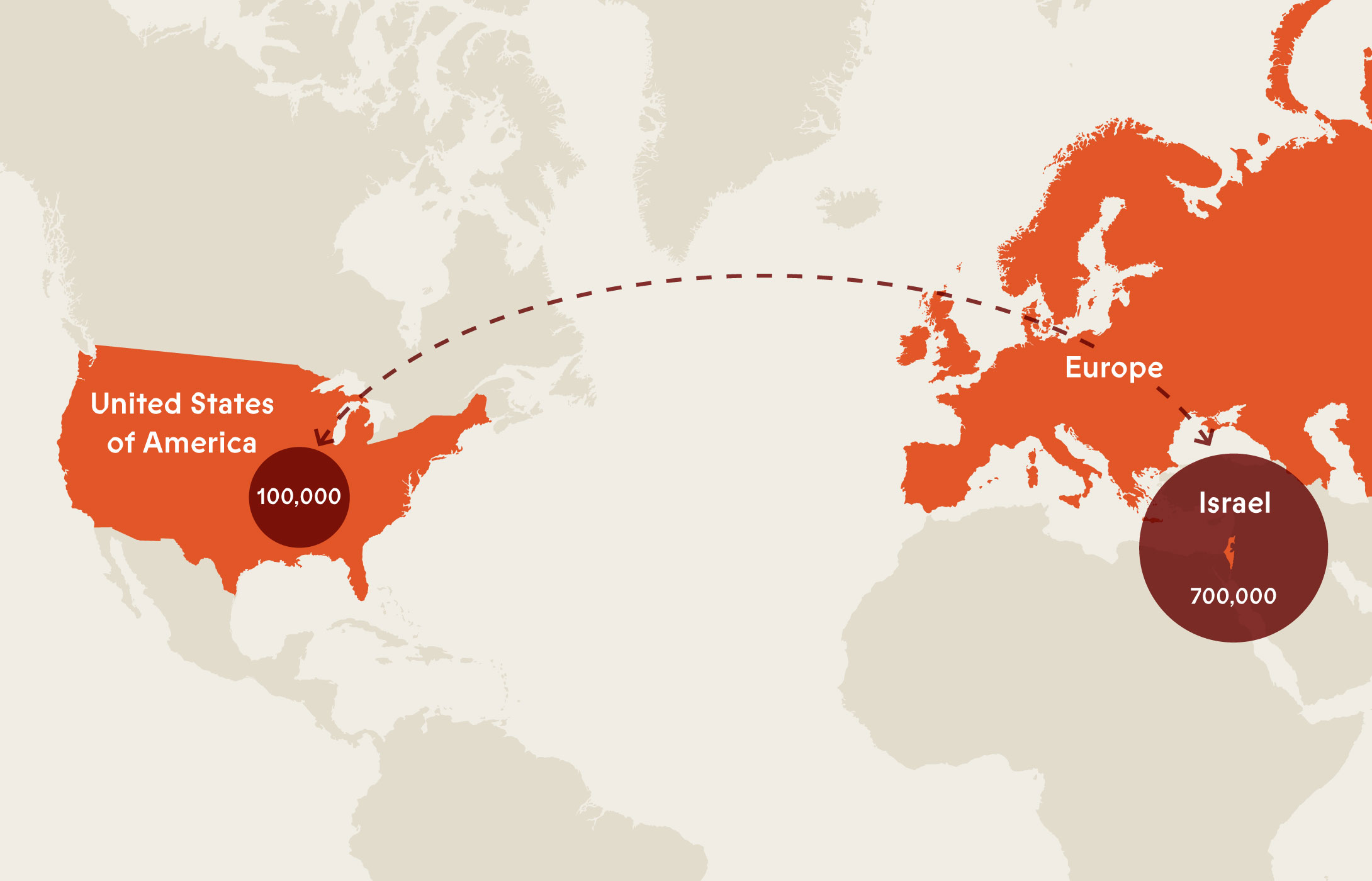 The impact of World War II on the Jews of Europe was horrific. Millions murdered, entire families wiped out, and whole communities destroyed. Survivors found it nearly impossible to return home. In most cases, there was no one and nothing left. Many Jews had also been informed on by their non-Jewish neighbors when the Germans were seeking those who were hiding. Jews were not eager to live among those neighbors again. There were millions of refugees and displaced persons looking for new homes. Beba was one of them.

Rescued by the British Army, Beba finds herself in a hospital in Sweden.

Beba remembers that her father once said:

“If you ever need help, contact the Jewish Daily Forward in New York. Your Uncle Lasar has a connection with them.”

This letter to you is being written by someone you don’t know. I’m writing to you with a request and hope that you will help me achieve it. As you can see I am writing from Sweden, but I myself am from Poland - from Vilna. I’ve survived various concentration camps in Germany but have lost my entire family and all my friends. I was very sick and as a result the British government sent me to Sweden to heal. I am well by now and I want to find my relatives in America. To that end I am asking you, Honorable Editor Sir, to help me. I am looking for my uncles, Lasar Epstein and Isaac.

Lasar Epsein arrived in America several years ago from China (Tian Shan). As far as I know he wrote for the Forverts and was a co-worker at YIVO and even lectured there. My uncle Lasar Epstein is my closest and most loved relative. Next to him is his brother Isaac Epstein. As far as I know, he lives in NY. These clues are probably not enough to find people in America. I also have an uncle in Montreal, Canada. His name is Sender Senitsky. He is a teacher by calling and was also a co-worker at YIVO. He left Vilna to go to his mother-in-law’s parents who live in Montreal.

Please send me the exact addresses or any information of my relatives. You can also write to me in English as I’m quite good at languages. Please write in care of the Stockholm’s Rabbi’s address whom I keep in contact with.

Awaiting your reply on which all my hopes depend.

Soon after, in Palestine, a friend of her Uncle Lasar was listening to the radio and heard something that alerted him… 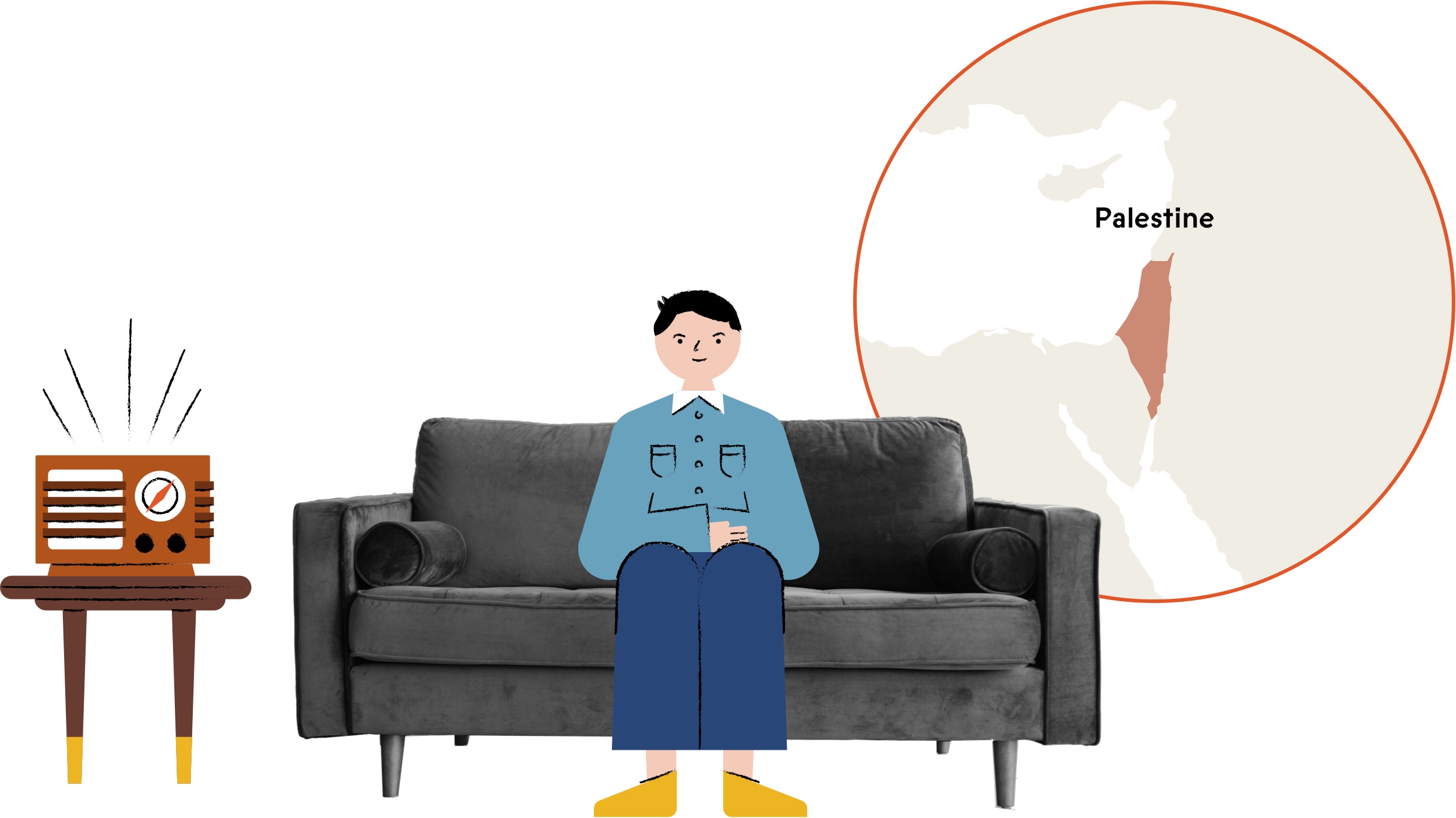 Ready to test your knowledge?

Beba sails for a new life in the United States. Nothing will ever make up for all the horrors and losses she has been through. But there is hope for a new beginning.