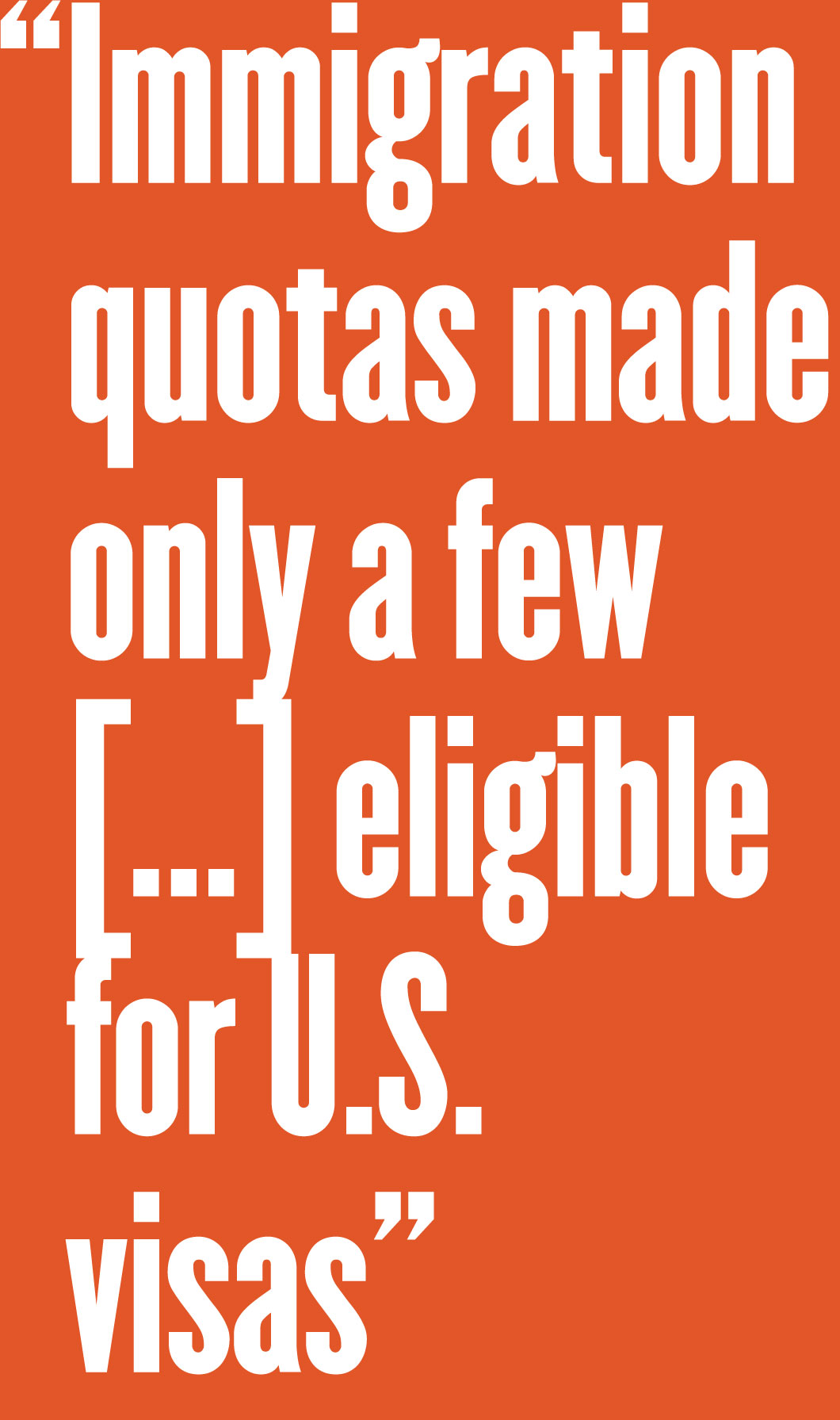 Were Holocaust Survivors Welcomed in America?

Between the end of World War II and 1953, more than 135,000 Jewish Holocaust survivors succeeded in immigrating to the U.S. But it didn’t happen without a fight.

There were more than a million refugees in displaced persons (DP) camps and other assembly centers a year-and-a-half after WWII’s end in Europe. These camps and centers were located in Germany, Austria, and Italy, and directed by the western Allies.

Many, but not all of the 200,000 Jewish DPs in that group wanted to emigrate to Palestine. Most of the remaining DPs were unwilling to return to their countries of origin. Restrictive U.S. immigration quotas made only a few of the DPs eligible for U.S. visas. Besides, Jewish organizations felt that U.S. immigration laws particularly discriminated against Jews.

Public opinion was against opening the doors to refugees. In fact, polls indicated that the majority of Americans held antisemitic views.

Jewish associations and other organizations such as the non-sectarian Citizens Committee on Displaced Persons (CCDP) joined forces to work for the liberalization of immigration law.  They lobbied members of Congress and also waged a public relations campaign to arouse sympathy for the Jewish refugees. They tried to promote the idea of America as a land of refuge, with a history stretching back to the Mayflower, the ship carrying pilgrims from England in 1620. The American Jewish community also combatted antisemitism with radio programs and news stories. This media focused on the patriotism of American Jews and celebrated how rapidly new Jewish immigrants became “Americanized.”

In June 1948, these efforts partially paid off. The House and Senate ended up passing the Displaced Persons Act, which would allow 200,000 refugees into the U.S. within two years. But the bill stated that that refugees had to have arrived in the U.S. zones in Europe by December 22, 1945. Jewish organizations said the Act was discriminatory toward Jewish refugees since most had only reached U.S. zones by 1946-47.

President Truman reluctantly signed The Displaced Persons Act. Yet he also released a public statement that agreed with the opinions of the Jewish organizations. In 1950, immigration advocates won a better victory. The Act was amended to extend for another year. And the cut-off date for arrival into the U.S. zones was changed to January 1, 1949. Unfortunately, this legislation came too late to benefit many Jewish refugees. Most of them had already left the DP camps for Israel and other countries.

Both Acts of 1948 and 1950 marked a turning point in U.S. immigration policy. They established the precedent of emergency refugee legislation. Future groups of refugees from Hungary, Cuba, and Vietnam were afforded a more realistic possibility of receiving American asylum. Still, both bills kept in place the national origin quotas established by the Immigration Act of 1924. Those quotas were designed to restrict immigration by certain ethnic groups. At the time, that included Jews, Asians, Italians, and others not considered Western Europeans.

Roberta Newman served as Director of Digital Initiatives at YIVO from 2013 to 2019. From 1988-1992, she was the curator/archivist of YIVO’s film and photograph collections. She was the Illustrations Editor/Director of Archival Research of both the print and online editions of The YIVO Encyclopedia of Jews in Eastern Europe. She is the co-author, with Alice Nakhimovsky of Dear Mendl, Dear Reyzl: Yiddish Letter Manuals from Russia and America (Indiana University Press, 2014) and the author of “Delayed Pilgrims: The Radio Programs of the United Service for New Americans, 1947-1948” (New York and American Jewish Experience, 2009).