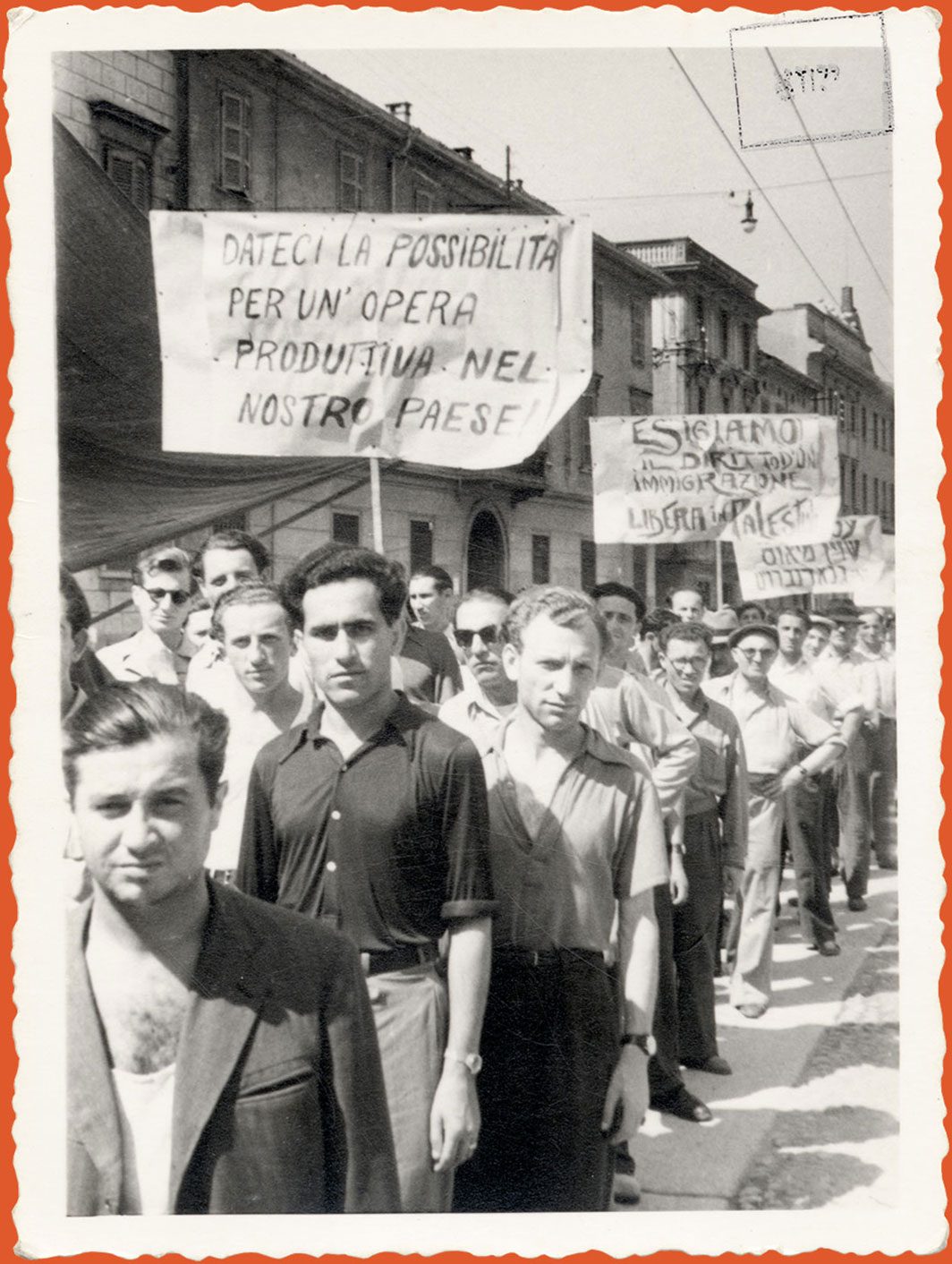 Demonstration calling for free immigration to Palestine at the Cremona Displaced Persons Camp in Italy. After World War II, but before the Displaced Persons Act, Italy was the primary transit country for Jewish DPs who wished to leave Europe and settle in Palestine. Their stay in Italy was prolonged by the British anti-immigration policy. Up until 1948 that policy had barred them from entering Palestine in large numbers. In 1945, there were about 12,000 Jewish displaced persons in Italy.