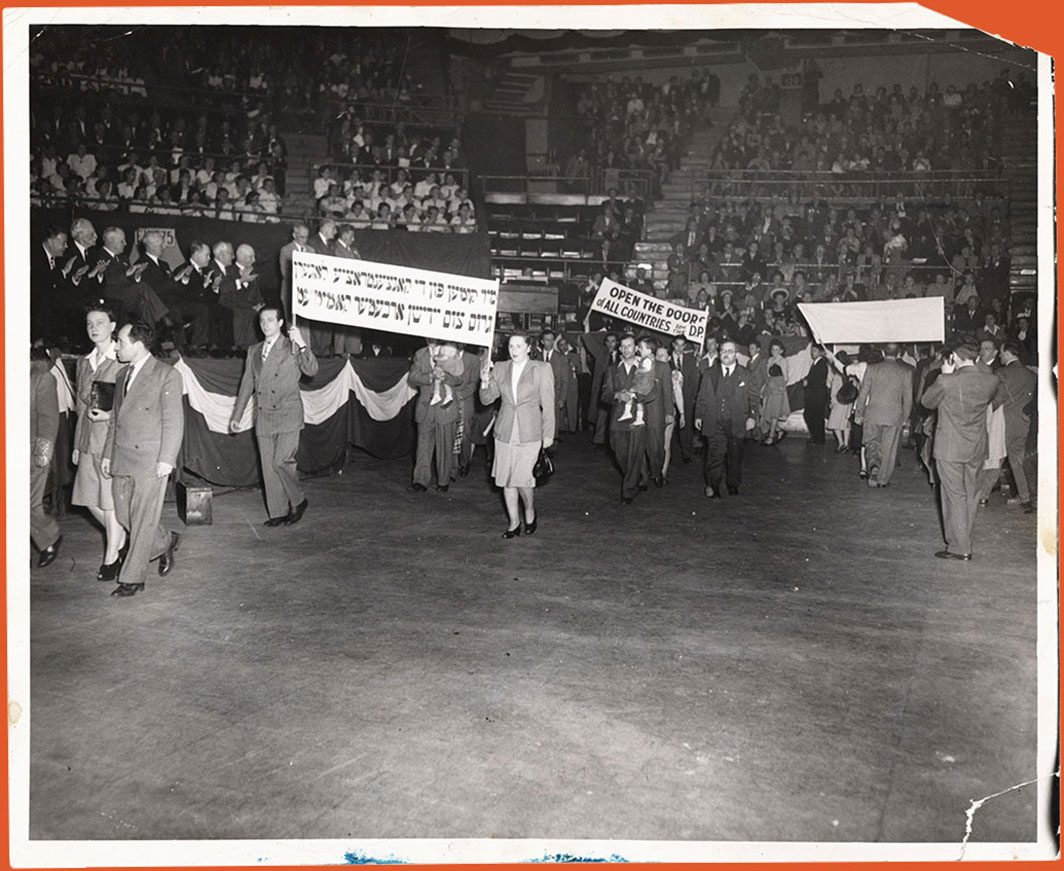 Rally in New York City demanding that more Holocaust survivors be admitted to the U.S. The Yiddish banner reads “We come from the concentration camps. Greetings to the Jewish Labor Committee.” The Jewish Labor Committee was formed in the U.S. in February 1934 by Yiddish-speaking immigrant trade union leaders. It was a response to the rise of Nazism in Germany. The committee   promoted anti-Nazism in trade unions. During the wary it saved Jewish cultural and political figures, as well as Jewish and non-Jewish labor and socialist leaders facing certain death at the hands of the Nazis.