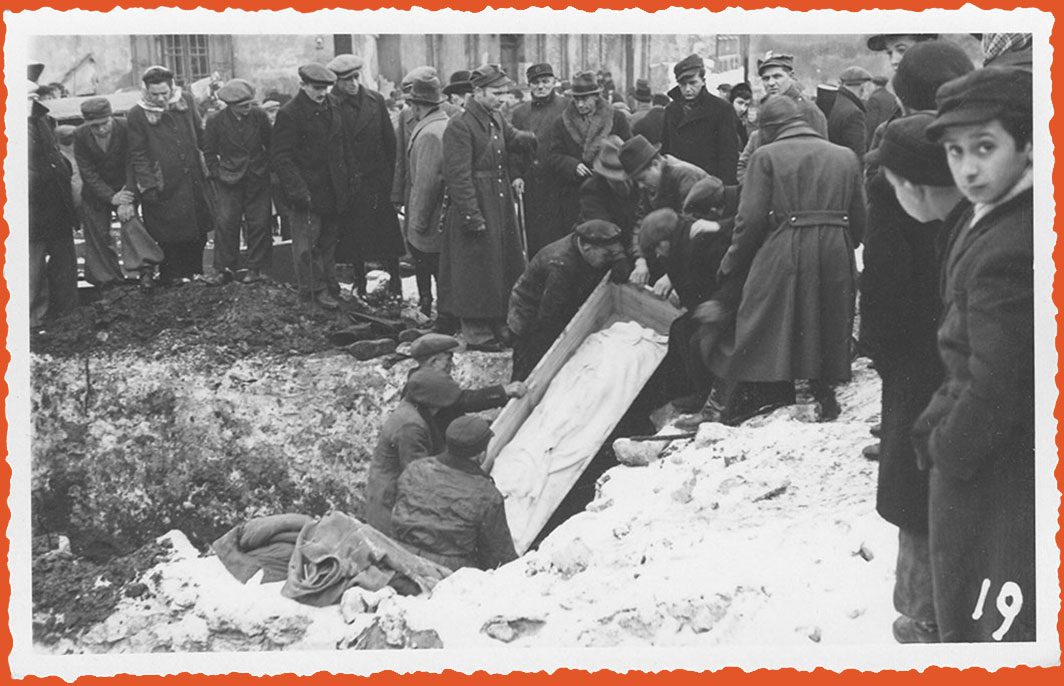 Exhumation of mass grave of Jews

Exhumation of the mass grave of Jews killed during the liquidation, the process of clearing out, of the “small” ghetto in Częstochowa, Poland. After the war, some Jews who had found refuge in the USSR or survived in other ways returned to Poland. They found their communities completely destroyed. And they were often met with hostility and even violence from non-Jewish Poles. Hundred and perhaps as many as 1,500 were murdered after the war in Poland. Many thousands fled again to displaced persons camps in Western Europe, hoping to eventually leave Europe altogether.