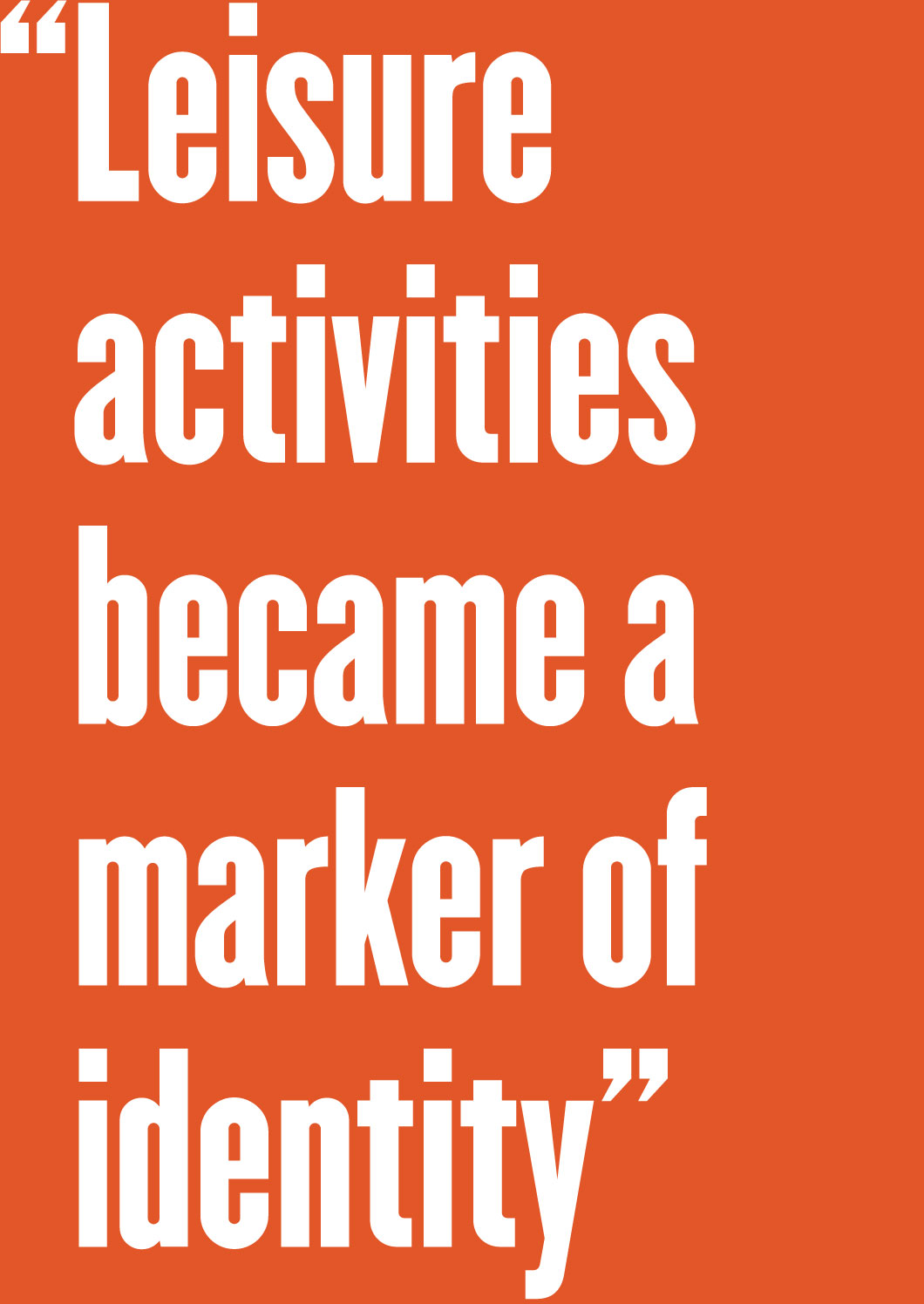 Before World War I, the majority of Polish Jews had little experience with tourism and vacations. The very idea of them seemed strange. This aversion was based on an ethical system that rejected physical pleasure (hanna’ah in Hebrew or ha’nueh in Yiddish). However, in the 1920s and 30s, with increasing secularization, Polish Jews moved away from a mistrust of leisure activities, previously seen as frivolous. The first step came with the medicalization of leisure. Growing recognition of the health benefits provided by sanatoriums, spas, and medicinal springs took hold in Polish society, in general.  Leisure activities became a marker of identity, among all Polish citizens.

In the interwar period, hiking or ski trips in the Tatra Mountains, taking the waters at fashionable spas of Krynica, Iwonicz Zdrój, Truskawiec, Ciechocinek, Druskieniki; savoring Polish-grown oranges in the southern town of Zaleszczyki; or experiencing the Baltic Coast with its summer offerings was appealing to all Jews, whether they came from big cities or small shtetls (towns), whether they were secular or deeply observant. Among the guests traveling to popular destinations were Hasidic rebbes, iconic writers, acclaimed actors, as well as thousands of middle-class families. Jews also participated in the commodification of leisure travel, owning inns and lodges across the country. Jewish visitors constituted the majority of all guests in many vacation spots.

It was customary to spend 6-8 weeks in summer lodgings in the suburbs of large cities or spa towns with natural springs. Frequently, vacationing carried a significant impact on nuclear family dynamics, since often only women and children headed off for the entire season, while husbands and fathers stayed in the city, working during the weekdays and traveling to join the rest of the family for Shabbos and holidays.

Traveling and tourism also generated novel encounters and perceptions. These included interactions between Jews and others, but equally important, between Jews and other Jews. The regional differences between Litvaks, Galitsianers, and the Jews of central Poland, coupled with various linguistic, religious, and political commitments, often fed the deepening of intra-Jewish divisions while at the same time encounters in vacation spots enabled the erasure of physical distance from one another that Polish Jews, spread out across the country normally felt. The tourist destination became a shared space which fostered the development of a new type of truly integrated, national, Polish-Jewish identity.

Although for an increasing number of Polish Jews, leisure travel became a lived practice, there were still those who, mainly due to financial concerns, were not able to experience vacationing first-hand. This does not mean they weren’t affected by this tourist awakening. The themes of vacations and leisure found their way into the Yiddish, Polish and Hebrew press, numerous literary works, film, music, and even became subjects for stand-up comedians such as Dzigan and Schumacher, while the beauty of the Polish landscape provided artistic inspiration for Jewish painters like Max Haneman, Abraham Behermann, and others.

The recreational travel choices both practiced and imagined by diverse groups of Polish Jews in the 1920s and 30s display, perhaps somewhat paradoxically, a flourishing Polonization on one hand and a self-conscious ethnic distinctiveness on the other. In some respects, Polish Jews, just like Jews at any given place and time throughout their history, found themselves navigating between self-assertion and assimilation.

Ula Madej-Krupitski is an Assistant Professor in the Department of Jewish Studies at McGill University. She is currently working on a book manuscript, which builds upon her dissertation completed in history at University of California, Berkeley, entitled: “Mapping Jewish Poland: Leisure Travel and Identity in the Interwar Period.”