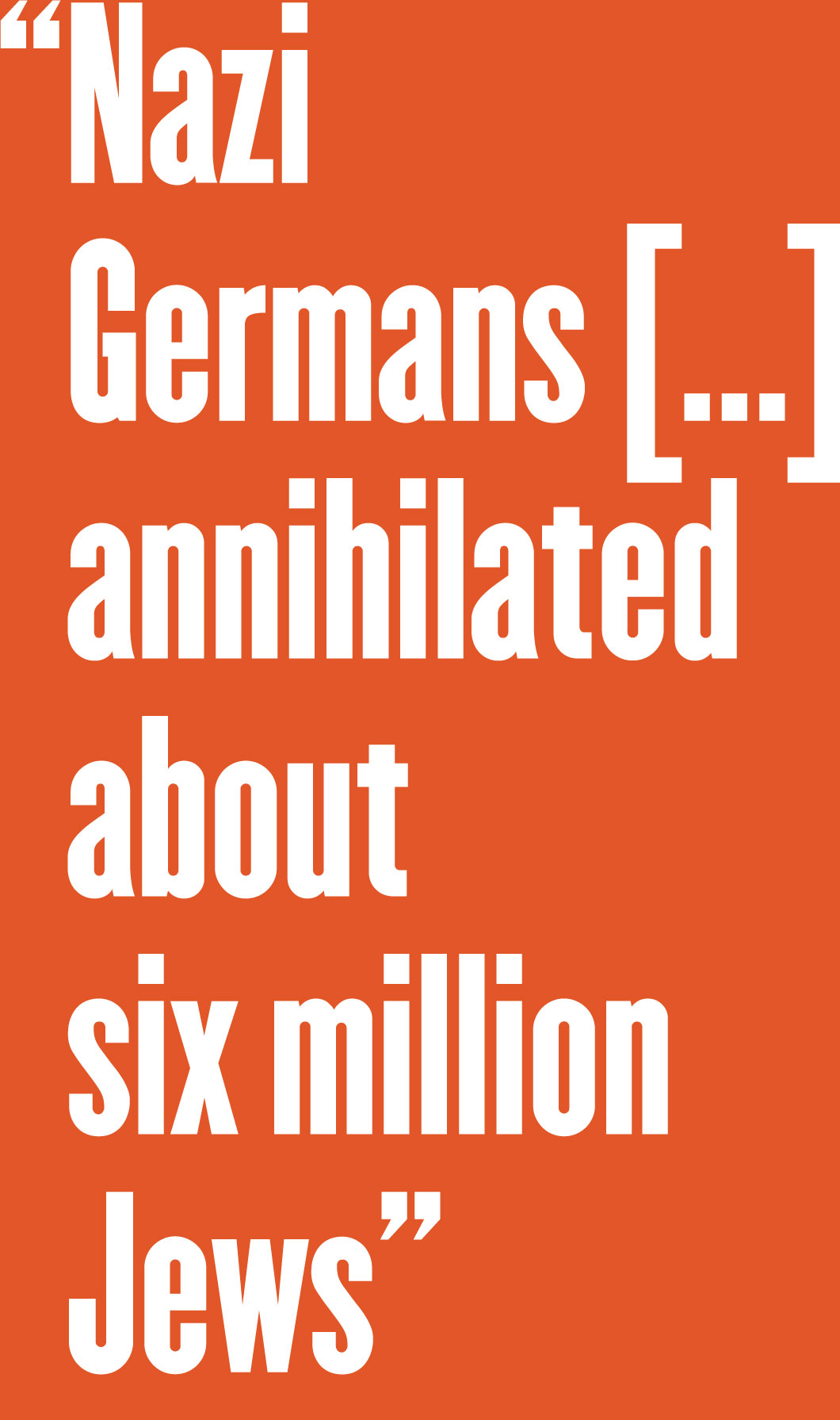 Diversity of Jewish Experiences during the Holocaust

About 9.5 million Jews lived in Europe on the eve of World War II. During the Holocaust, the Nazi Germans and their henchmen annihilated about six million Jews across the continent–two-thirds of all European Jews. Jews encountered diverse circumstances and had only limited knowledge of the threats they faced. Yet they had to make decisions that could lead to survival or death. Some places and time periods were more deadly than others.

The Nazi Germans saw Jews as a dangerous race of people that had to be quarantined like rabid animals and killed like malignant bacteria. The Germans established over 1,100 ghettos. These overcrowded, isolated zones were filled with Jews from near and far. Some ghettos were closed or sealed off. Other ghettos were “open” in that there were no fences or walls, but there were armed guards posted to kill Jews who sought to leave. More than 500,000 Jews died in ghettos from the effects of imposed starvation, lack of medical care, and brutal forced labor. Some ghettos lasted for years, and others for only a few weeks or months.

While preparing for the invasion of the Soviet Union in June 1941, the Nazi Germans decided to kill all Jews, including women, children, the elderly, and the handicapped. Mobile Einsatzgruppen units of German killers swept into the Soviet Union and shot to death over 1.5 million unarmed Jewish civilians. They also experimented with mobile gassing trucks that used exhaust fumes to kill.

Thousands of Polish Jews fled eastward to Soviet-occupied areas. But the Soviets didn’t trust them. Communist authorities sent many Polish Jews to Siberian or Central Asian labor sites. Other Jews gathered in Vilna and sought precious visas to get to Japan and to Shanghai in China, where an international ghetto was under the control of Japanese occupiers. About 20,000 mostly German and Polish Jews survived in Shanghai under difficult conditions. But restrictive immigration laws and the war largely kept most Jews from emigrating out of Europe.

By the fall of 1941, the Nazi leadership decided to pursue a more efficient path to mass annihilation of the Jews. They established the first of what would eventually be six death camps. These death camps had gas chambers that killed more than 3 million Jews. Many tens of thousands of Jews were worked, abused, and starved to death in the vast Nazi network of concentration camps and forced labor camps. Hundreds of thousands more Jews were killed by local henchmen who collaborated with the Nazis. These brutal collaborators were mainly in the Baltic states, in certain places in conquered Poland, Belarus, and Ukraine, and Romanian and Hungarian allies of the Nazi Germans.

And yet, over three million European Jews survived the Holocaust. Many thousands of Jews hid in cities, towns, and villages. There, their survival depended on concealing their identity, having the resources to pay for food, and finding non-Jews willing to risk their lives to help them. One prominent rescue organization was the Zegota Polish underground group in Warsaw, which aided thousands of Jews.

The Germans swept through Europe to bring Jews to Auschwitz and the other death camps. Jews in hiding were often caught by the Germans after local snitches or extortionists attempted to squeeze money or jewelry from them. For instance, Anne Frank and her family managed to hide in an attic for over two years before they were seized by the Germans and deported to Auschwitz. There is a mountainous region in south-central France, where several thousand mostly Protestant farmers in and around the village of Le Chambon-sur-Lignon joined in concealing over 3,000 Jews there.

Liberation came with war’s end. Surviving Jews were scattered in many different places. This included former concentration camps and hidden shelters in mountains, forests, and swamps. Many survivors chose to leave Europe as soon as they could. They tried to rebuild shattered lives in new homes in the U.S., Israel, Canada, Australia, and Britain.