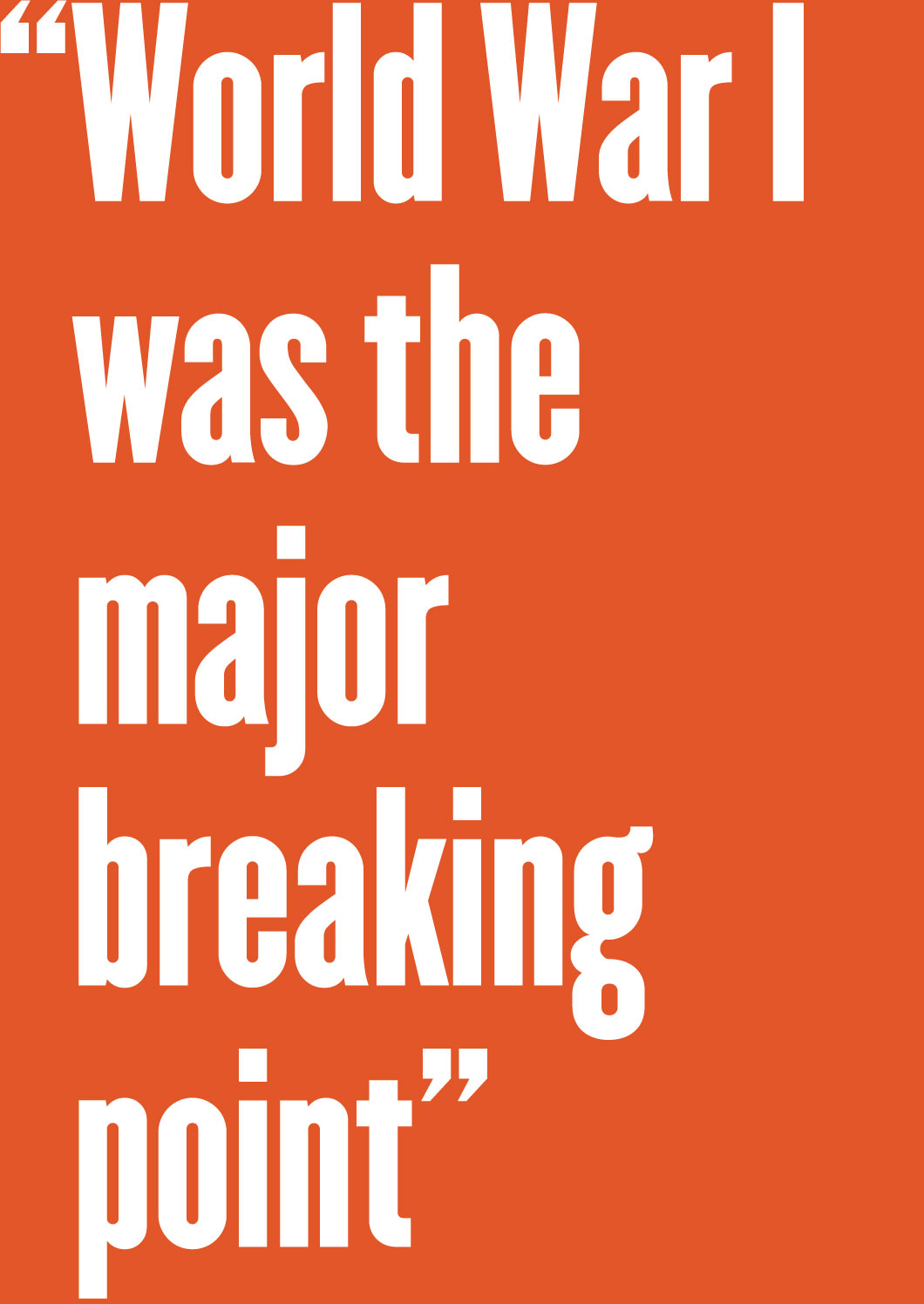 Life Transformed: World War I and A New Era for Polish Jewry

In 1795, with the final division of the Polish-Lithuanian Commonwealth, Jews found themselves residing in three empires: Russia, Prussia, and Austria-Hungary. 123 years later, World War I unraveled all three empires. Again, Jews found themselves within new countries. Those aspiring republics—Poland, its neighbors Lithuania, Ukraine, and Soviet Russia, as well as several others—could agree neither on their borders nor about the shape of the regimes they set about to create.

World War I (1914−1918) upset the existing social order. Whole families were uprooted, and people experienced epidemics, violence and famine. Much of the war’s violence was anti-Jewish. An anti-Jewish spy mania erupted with the war in 1914. This caused a massive displacement of civilians. Especially affected were people thought to be anti-Russian spies, which included Jews and also Baltic Germans. 200,000 Jews were expelled from northwestern Russia. In 1917, the Bolshevik Revolution overwhelmed the region. This led to ethnic infighting and guerrilla warfare. Though their goals differed, each group involved in the conflict resorted to anti-Jewish violence and plunder. Jews were also targeted by pogroms for alleged crimes, such as support for the Soviet cause, or opposition to the Polish or the Ukrainian national cause.

World War I did not end in 1918. It spilled into the 1920s. Poland had border issues with Germany, Ukraine, Lithuania, and Soviet Russia. Was Vilna and its surrounding area to become part of Poland, or Lithuania? The Vilna question placed Polish Jews in a bind. Should they advocate the Lithuanian or the Polish claim to the borderlands? Jews made up a third of Vilna’s population. Their endorsement mattered in the international arena. Both sides sought Jewish backing. But expressions of support, whether real or perceived, could have dire consequences. In April 1919, Vilna fell to the Polish army. The Polish Jews there suffered a pogrom. More than 50 Jews were killed, and about 2,000 Jewish shops and homes were looted.

The territorial disputes of the new states put many Polish Jews in a vulnerable position. Jews in the borderlands were particularly at risk. Which state was the lesser evil? The new democracies were fledgling states. There was a chance some would not maintain their independence.

In 1919, Poland and the other new independent states signed a Minorities Treaty at the final peace conference ending the war. Alongside other ethnic and religious minorities, Jews were granted legal and civil rights. They gained the freedom of speech and assembly. Jewish life and culture began flourishing in ways it could not have under tsarist Russia. Jews could join the left (Bundists, Communists, Marxist Zionists) or the right (the Orthodox, Revisionist Zionists). Jewish children could go to Yiddishist, Hebraist, and Orthodox Jewish schools. Alternatively, they could attend Polish public schools. The Polish-Jewish press lived its golden age.

The end of World War I brought Poland’s women the right to vote and to run for public office. Jewish women, too, could be elected to national and local governments. Zionist Roza Melcerowa served her country and community in the Polish Parliament for one term (1922−1927). Rokhl Steinowa worked in the Warsaw City Council. Still, women had no voting rights in kehillahs, Jewish self-governing communal institutions. Troubled though it was, the Polish democracy gave Jewish women more freedom than some time-honored Jewish institutions.

Jolanta Mickute is a senior researcher and script writer at the Lost Shtetl Museum in Lithuania. She has worked as an assistant professor of history at Vytautas Magnus University, and has held research and teaching positions at Yale, Brandeis, Friedrich Schiller, Hebrew, and Vilnius Universities.