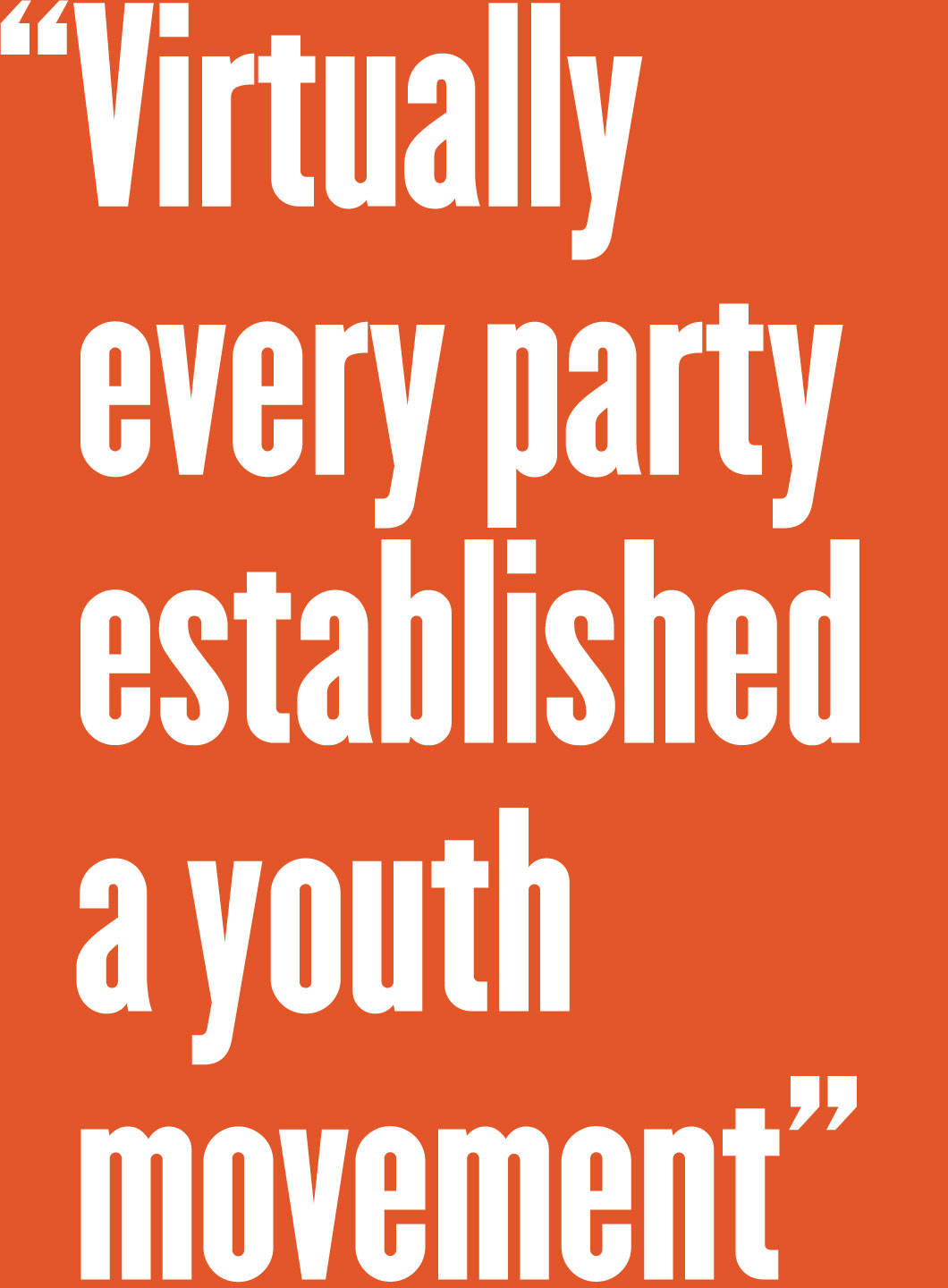 The Jews in Poland during the interwar era were not a united community. On the contrary, there were sharp differences, political and otherwise, among them. Some Jews were liberal, some were socialist, some were communist, and some were more conservative. Some Polish Jews hoped to help spark the establishment of a Jewish homeland or state. Others believed that Polish Jewry ought to focus on dramatically improving political and economic conditions in Poland for everyone. Some Jews were committed to fostering the Yiddish language and culture, while others promoted the use of Hebrew. Certain Jews anticipated that Jews would eventually assimilate into Polish life. There were many Jews determined to maintain Jewish religious traditions and observance, while others, who were not believers, were eager to nurture secular Jewish culture.

These differences led to the emergence of numerous political parties competing for Jewish support. There were many major political movements active among Jews. The General Zionist party was a liberal party. It was particularly attractive to middle class Jews. This party also agreed with the idea of creating a Jewish homeland in Palestine. The Jewish Workers’ Bund was socialist, anti-Zionist, and led by secularists. The Labor Zionists were divided even among themselves. There was the Left Poalei Zion and the Right Poalei Zion. The Mizrahi was a religious Zionist party. Agudes Yisroel was a non-Zionist movement committed to Orthodox Judaism. And the Communist Workers’ Party of Poland attracted both Jews and non-Jews. In the mid-1930s, the Revisionists created a party of their own. They were Zionists, but were further to the right than the General Zionists on some matters. Each of these political parties was determined to attract the hearts and minds of young people. As a result, virtually every party established a youth movement and hoped to enhance support for their own point of view among ever-wider circles.

There were similarities among these youth movements. They were all committed to educating their members and encouraged self-help. They often created libraries of their own, and meeting places or club houses for their members. Many of the Jewish youth movements established summer camps, wore clothing or accessories of particular types and colors, and promoted physical education or sports.

There were numerous notable youth movements among Polish Jews in the interwar era. Hashomer Hatsair, a socialist Zionist organization, was the largest such movement. It claimed to have more than 20,000 members in 1938. The Youth Bund Tsukunft was affiliated with the Bund and had over 12,000 members on the eve of the Second World War.  Yugnt was part of the Left Poalei Zion and boasted roughly 8,000 members in 1938.  Frayhayt, associated with the Right Poalei Zion, had about 7,000 members in the late 1930s. In 1930, the Young Communist League of Poland had 7,000 members. About half of those members were Jewish. Other youth movements competing for members among Polish Jewry included Tseirey-agudes-yisroel, Betar, Gordonia, Hashomer Hadati, He-Haluts, Shtral, and Bin.

Jack Jacobs is a professor of political science at John Jay College and the Graduate Center, City University of New York. He is the author of On Socialists and “the Jewish Question” after Marx (1992), Bundist Counterculture in Interwar Poland (2009), and The Frankfurt School, Jewish Lives, and Antisemitism (2015). Jacobs is the editor of Jewish Politics in Eastern Europe: The Bund at 100 (2001) and Jews and Leftist Politics (2017).