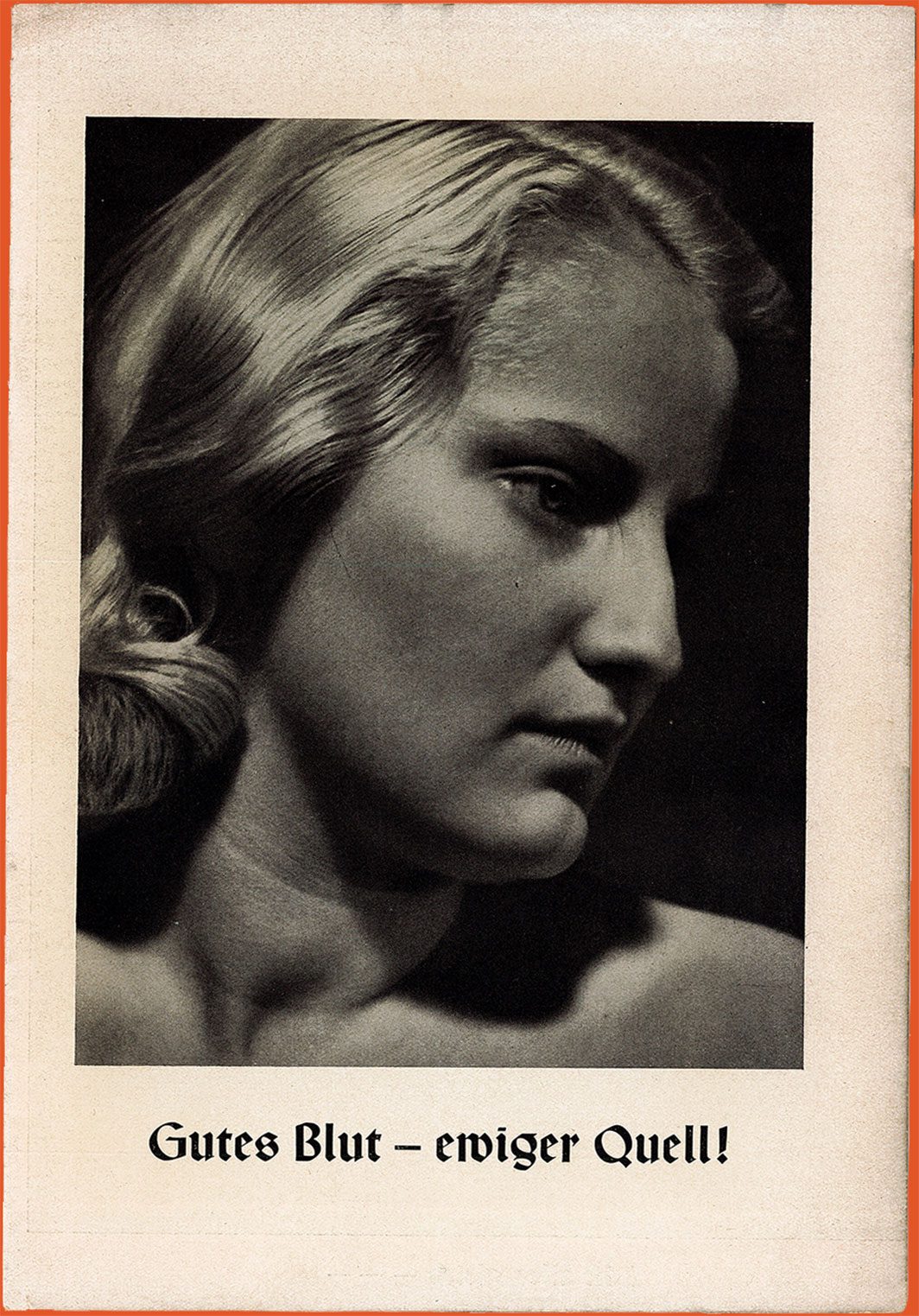 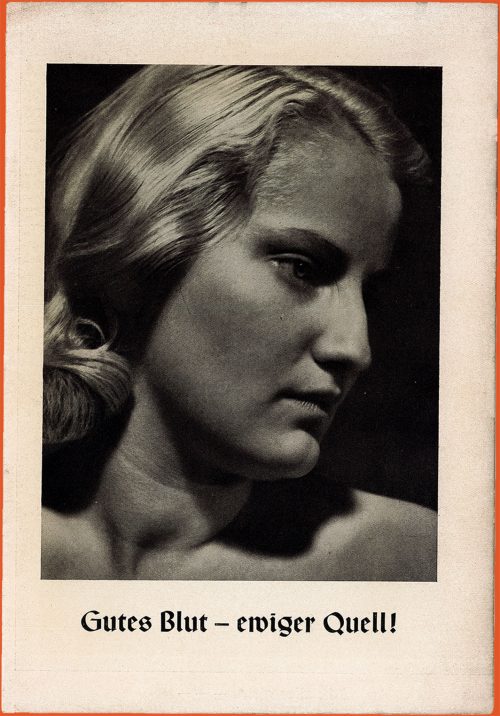 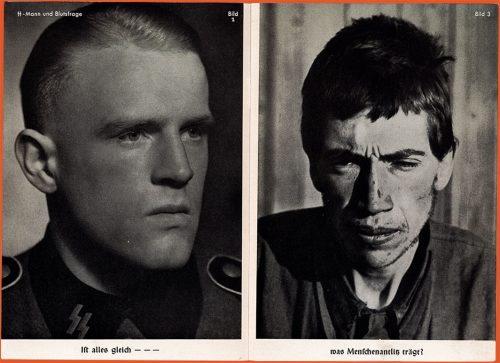 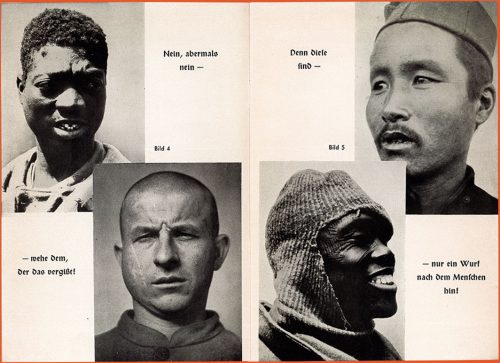 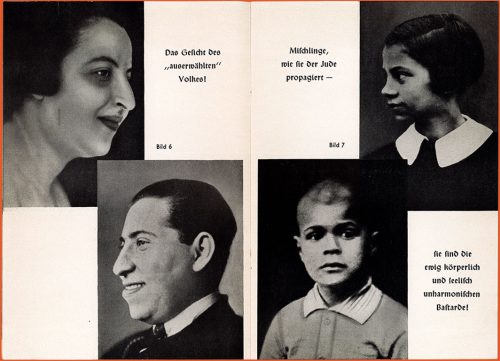 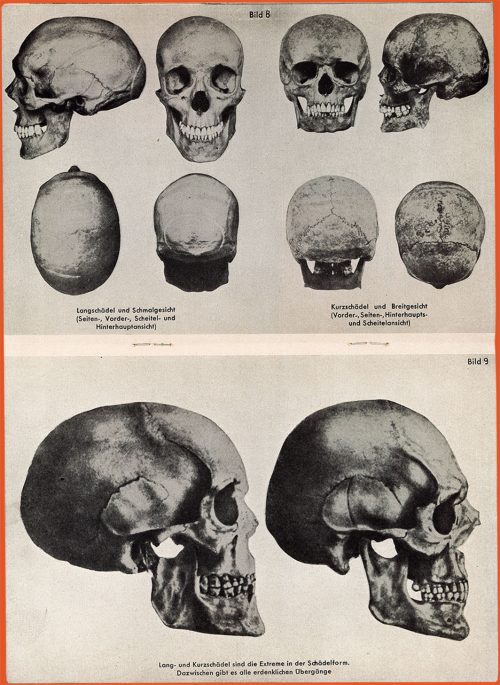 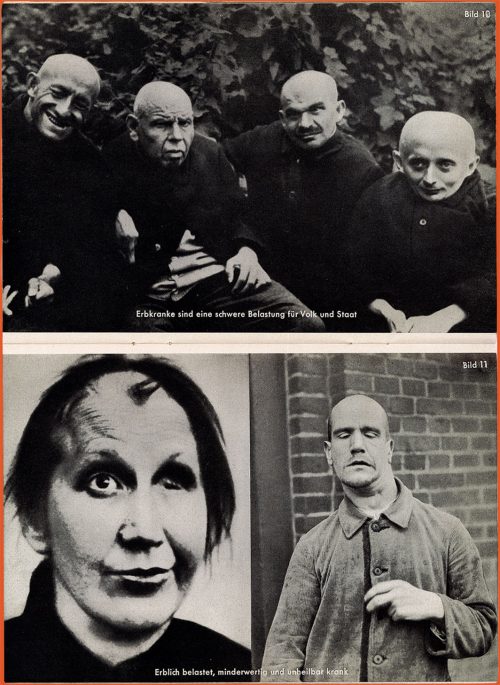 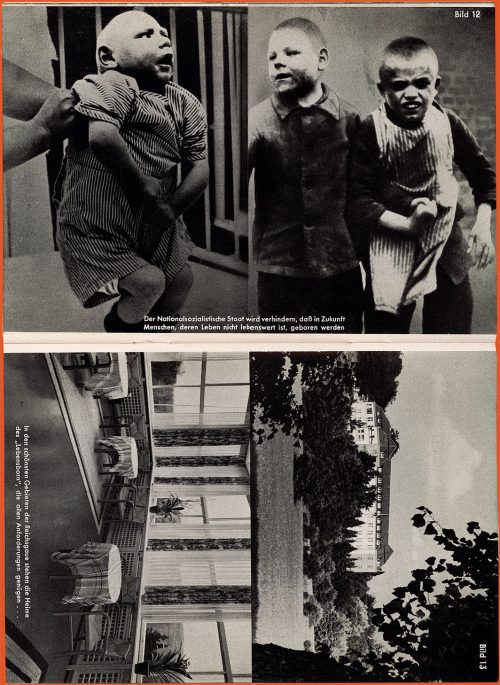 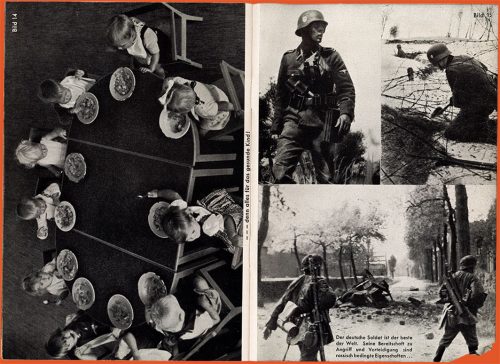 Photo essay from “SS-Mann und Blutsfrage” (SS Man and the Question of Blood). This was a manual for members of the SS (Schutzstaffel), the elite Nazi paramilitary. This was the group most responsible for carrying out atrocities, including the genocide of Jews and Roma during the Holocaust. The book indoctrinates them in the core racial beliefs of Nazism. It explains that the Germans and other Nordic peoples were a superior “Aryan race.” This superior race must battle for “living space” with inferior races such as Jews, Slavs, and Africans. The Aryans must also do away with people with mental or physical disabilities who would pass these traits on to future generations. This propaganda suggested that any brutality the SS were ordered to commit was in the service of the racial purity and survival of the “Aryan race.” The photo essay, entitled “Good blood—eternal spring of life,” shows two ideal Aryan types. And then it shows a series of images of “inferior” people such as Africans, Jews, and “mischlinge” (half-Jews). It warns against forgetting the threat these “inferior” people pose to the body and soul of the German nation.