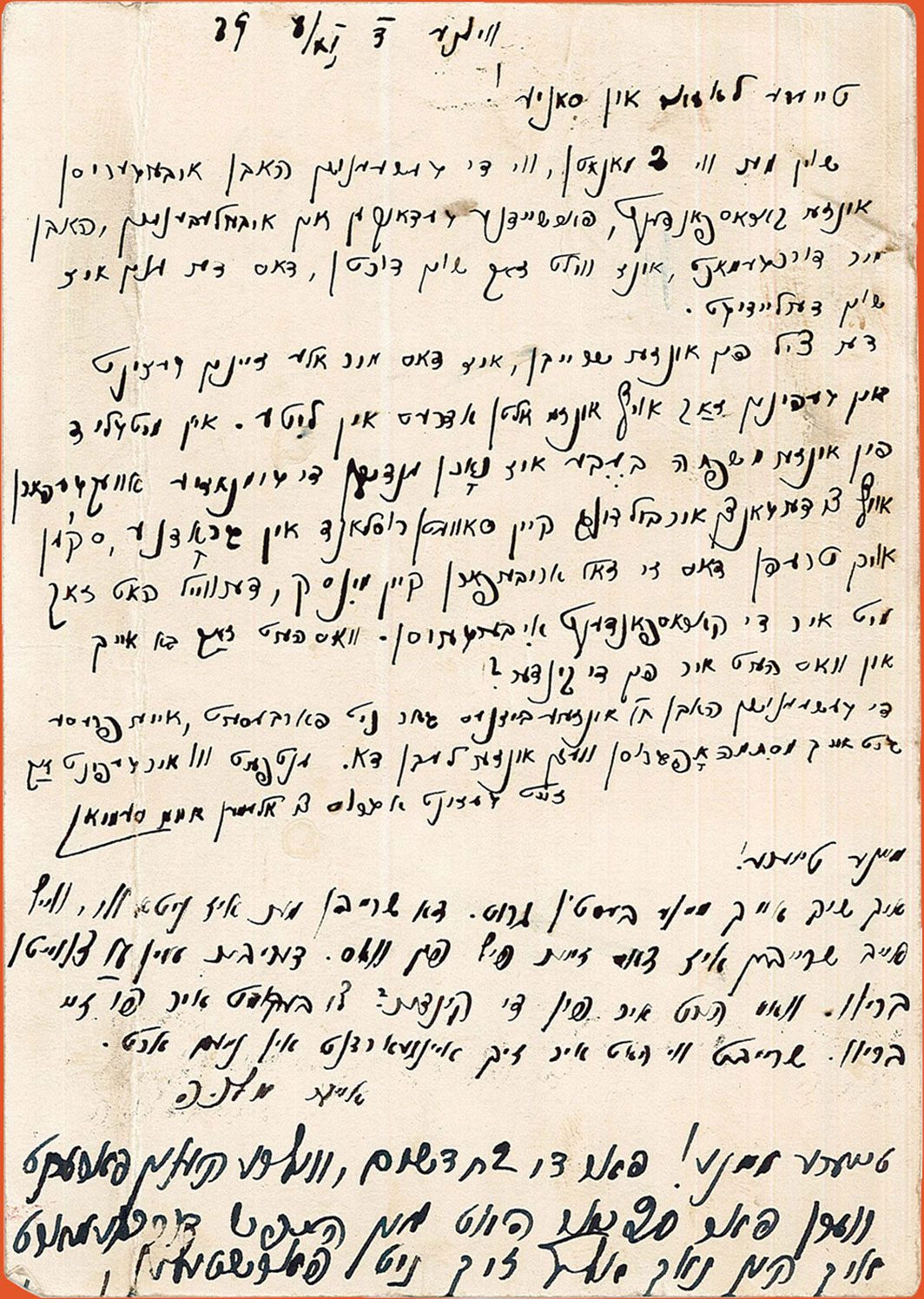 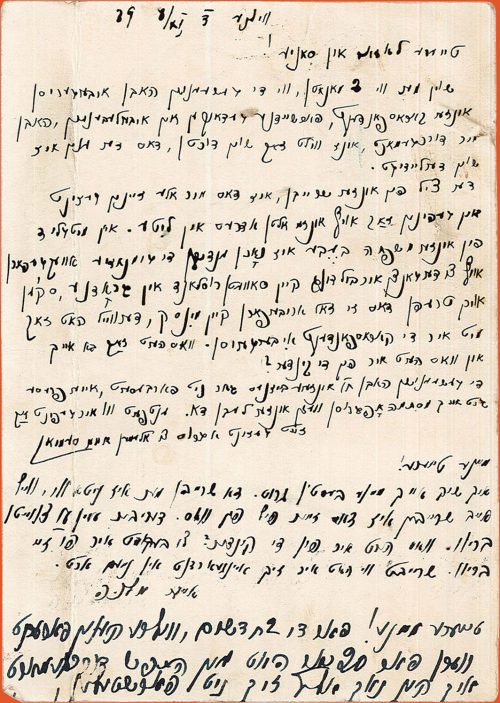 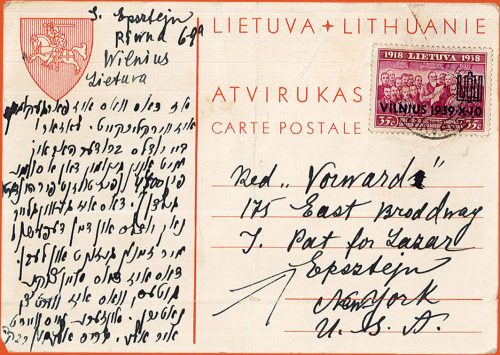 “We’ve been through a lot the last couple of months”

Postcard sent from the Epstein family in Vilna, Poland to Lasar and Sonia Epstein in New York. Lasar’s brother Shimon writes about the turmoil of the past couple of months. World War II began and Vilna was occupied by the Soviets. Things seem to have settled down. They are still at their old address. Shimon’s daughter Beba finished high school. She has left to continue her education in Soviet-occupied Grodno. She might later go to Minsk. Business is not doing well. He supposes that, from the newspapers, they know something about what’s going on.