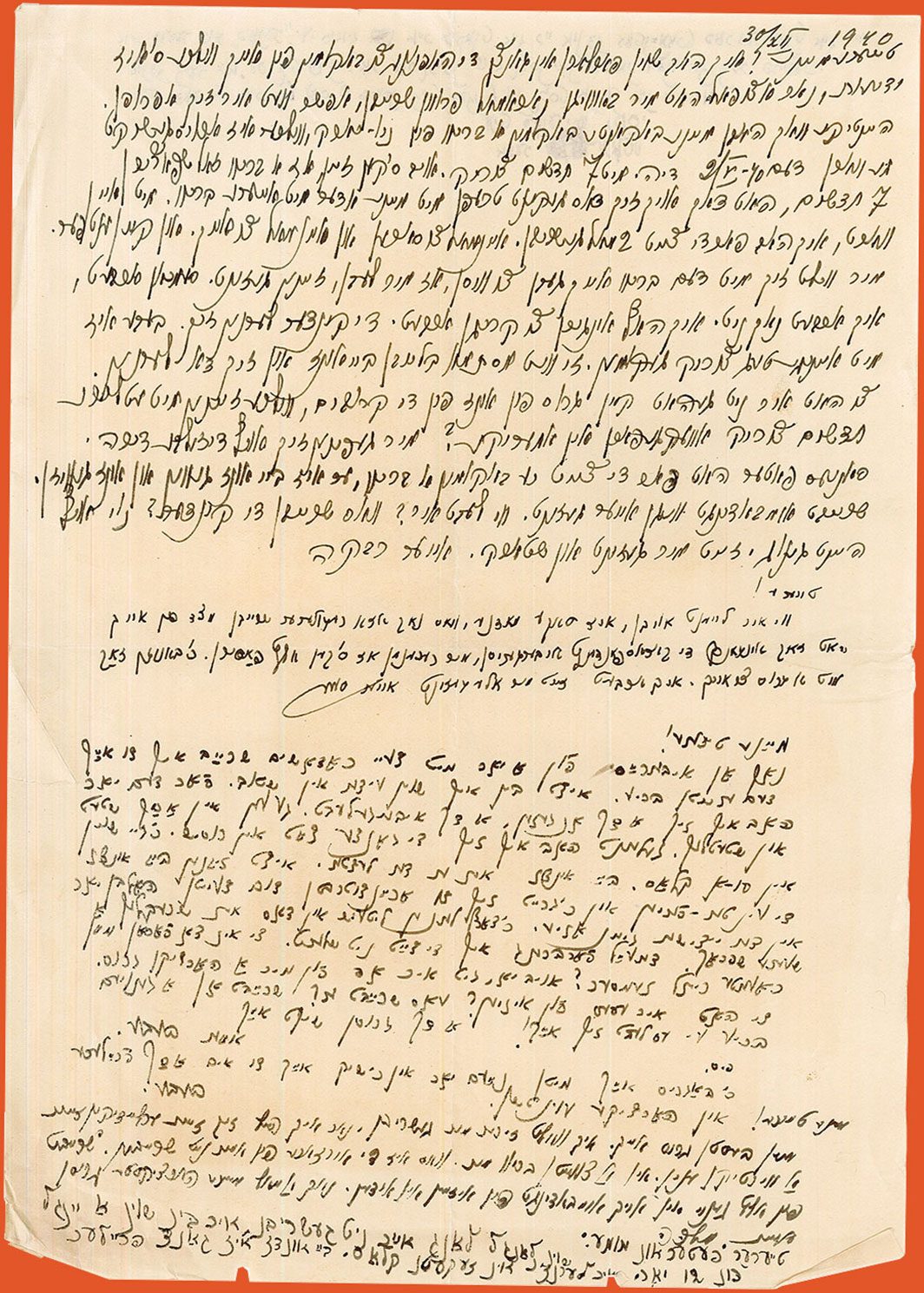 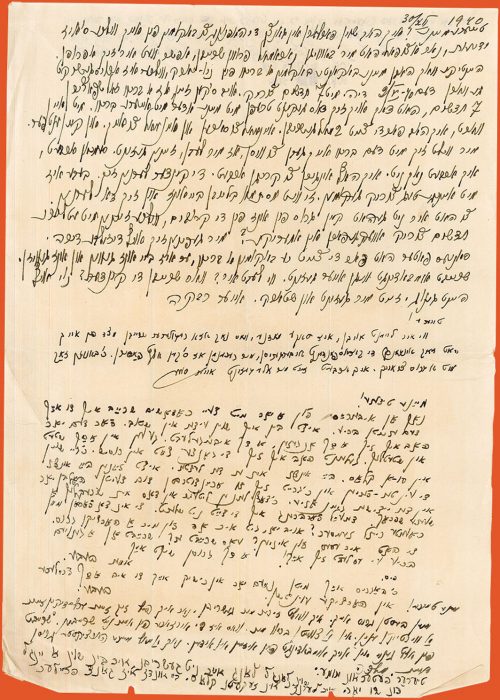 “I’ll have to learn Lithuanian”

A letter from the Epstein family in Vilna, Lithuania, to Lasar and Sonia Epstein in New York. Lasar’s sister Rivke has almost given up hope of getting a letter from Lasar and Sonia. Someone they know just got a letter from New York that was sent seven months ago. So, she has no idea if any of her letters are even getting through to them. She wants them to know that the whole family is alive and healthy. Shimon’s daughter Beba has recently returned from studying in Grodno. Beba herself adds to the letter that during her time away from Vilna, she “was in many different towns and cities,” and learned Russian. She will soon enter the tenth grade of the Jewish high school. Now that Vilna has been made part of [Soviet] Lithuania, she’ll have to learn Lithuanian. She’s worried about that because it’s a difficult language. Beba’s 12-year-old brother Mote writes that he’s now a member of the Pioneers, the Communist youth movement.