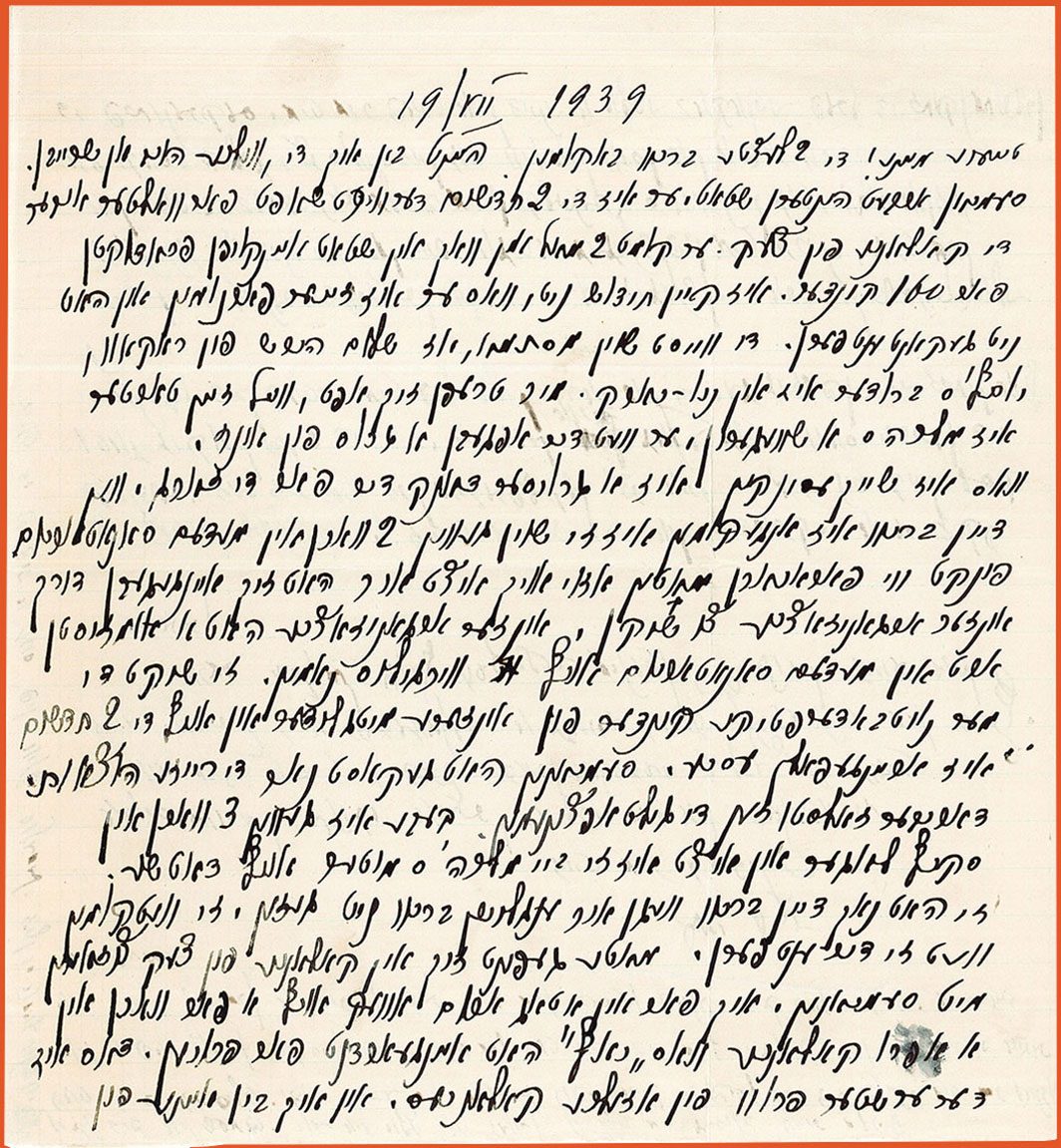 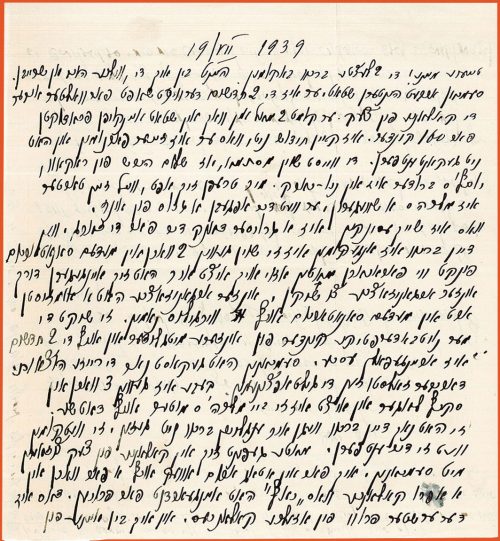 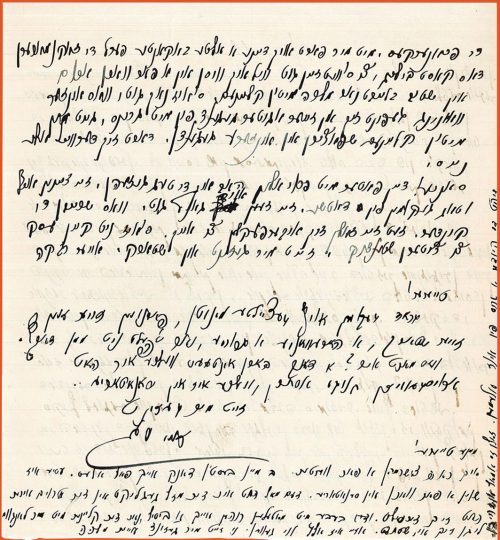 Letter written on July 19, 1939 from Rivke and Shimon Epstein in Vilna, Poland to Shimon’s brother Lasar Epstein in New York. Rivke updates Lasar on the whereabouts of family members. Shimon is working as the manager of a Tsentraler eltern komitet (TSEK), or Central Parents Committee summer camp nearby and comes into the city twice a week to buy food for the camp’s 160 children. “As usual,” he’s too busy to write. Rivke thanks Lasar for “his concern” for “Esinke” (Esye), who has been at the Medem Sanatorium for two weeks already, just like her brother Mote the year before. Esye is the recipient of a two-month stipend for needy children in the name of Virgili-Kahan, a revered leader of the Bund. Beba was in a SKIF summer camp for three weeks and is now at her maternal grandmother’s datshe (country house). She still hasn’t seen Lasar’s response to the English letter she sent him. Mote is with his father in the TSEK camp. Rivke herself is soon off to become one of the first-ever campers at a new experimental summer camp for women organized by the Yidishe arbeter froyen (YAF), or Jewish Working Women. Shimon’s wife Malke will remain at home with “the little one,” Khayim. It’s nice that they live in an area with lots of greenery so that the two of them can take pleasant walks. Rivke wonders if Sonia, Lasar’s wife, has heard from “the children.” Rivke has suggested to them that they pack their bags and go to their mother in New York because “trembling with fear all the time is no sort of business.” Malke, Shimon’s wife, also writes that she thanks Lasar for his interest in helping Esye. For once, luck has shined on her, and she has been able to realize her dream.