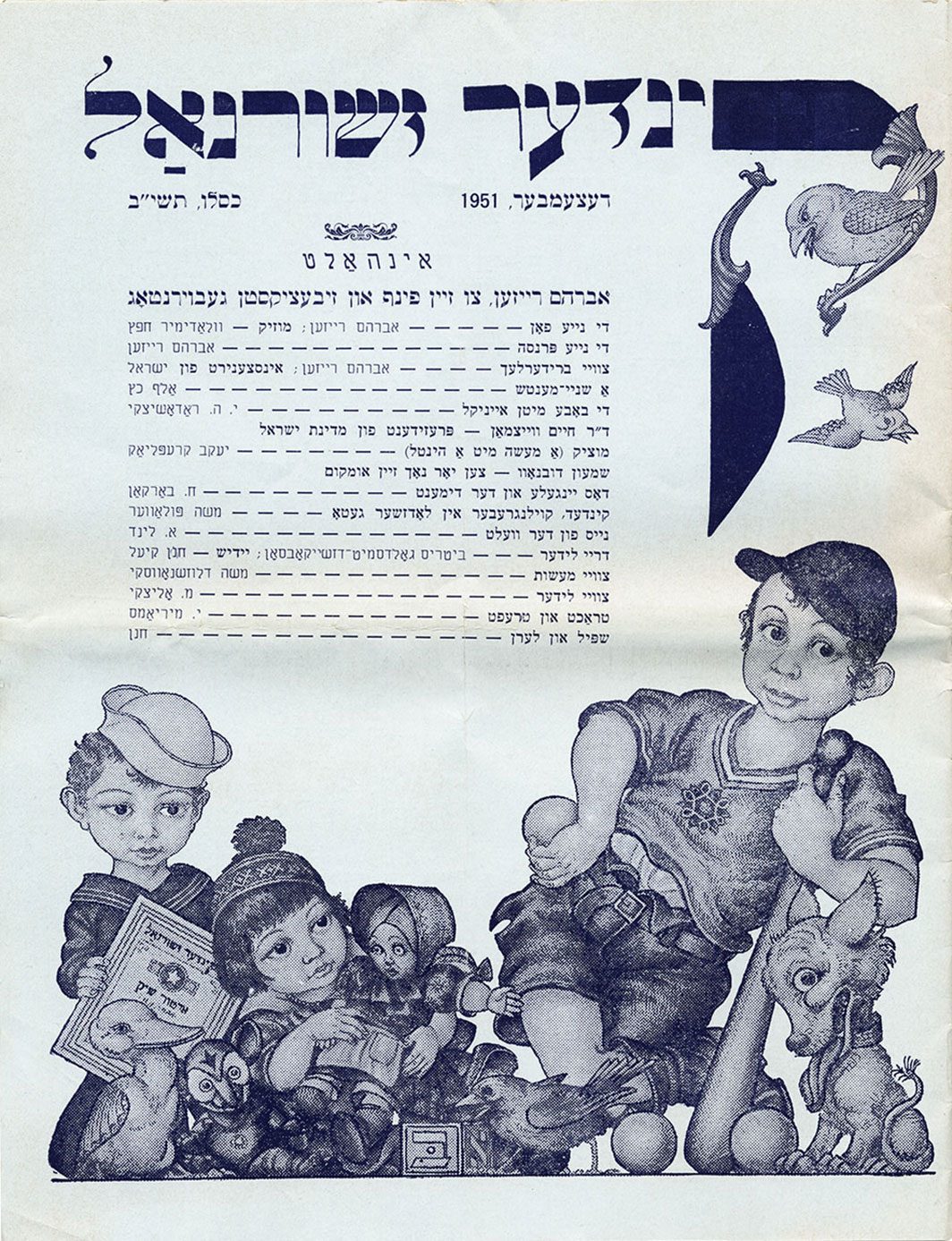 Yiddish magazine Kinder-zhurnal (Children’s Journal) was founded by the Sholem Aleichem Folk Institute, an organization established in New York in 1918 to coordinate a secular Yiddish school system. The magazine was in existence from 1920 to 1981. The magazine published poetry and fiction by well-known Yiddish writers. The table of contents page of this issue from 1951 is illustrated by Arthur Szyk, a celebrated Jewish artist from Poland. The boy depicted at right is symbolic of a new, American Jewish type. He’s Jewish (he appears to have peyes, the earlocks worn by Orthodox Jewish boys and men) but carries a baseball bat and has a pet dog at his side. It was uncommon for Jews to own dogs in Eastern Europe.