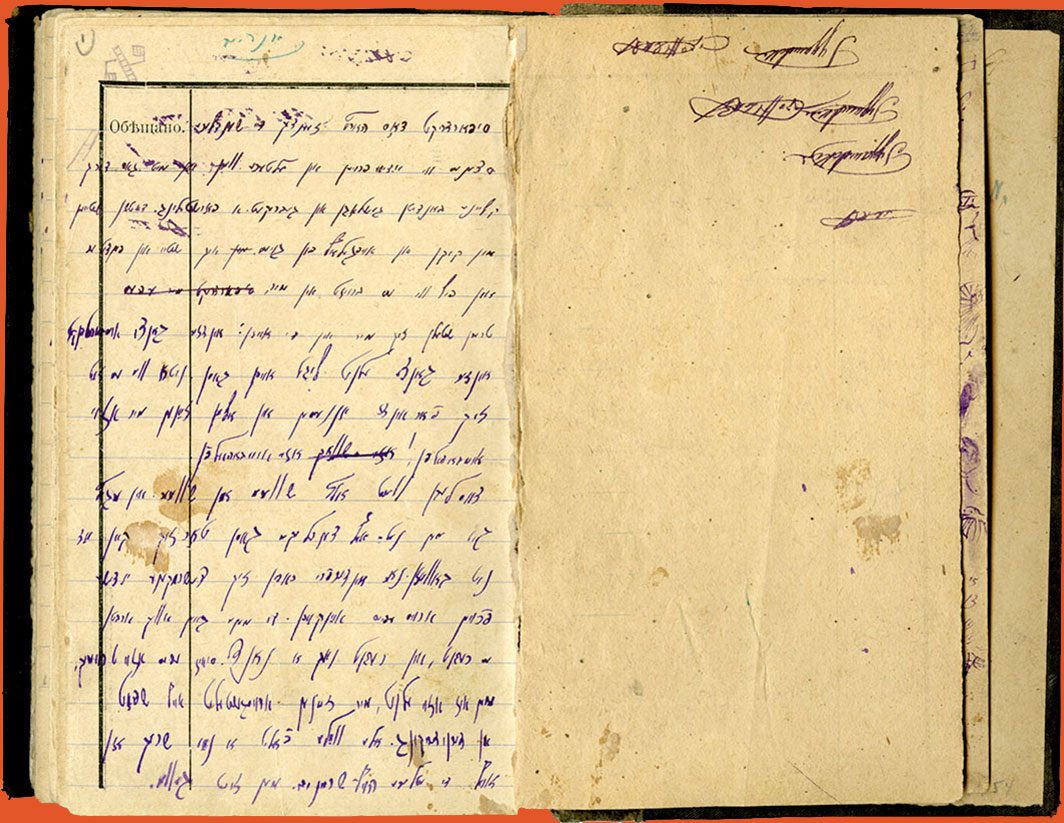 Pages from the diary of Yitskhok Rudashevski, a Jewish teenager in the Vilna Ghetto. Yitskhok was 13 years old and was a student at the Real Gymnasium when the Germans occupied Vilna in 1941. He began keeping a diary in Yiddish that chronicled the misery of life in the ghetto. He and his family hid in September 1943 when the ghetto was liquidated (emptied), and its inhabitants sent away to labor or death camps. But their hiding place was discovered. They were shot in the mass killing place at Ponary. Yitskhok was 15 years old when he died.

He described his first day in the ghetto like this:

“The first ghetto day begins. I run right into the street. The little streets are still full of a restless mass of people. It is hard to push your way through. I feel as if I were in a box. There is no air to breathe. Wherever you go you encounter a gate that hems you in. We drift to the gate which divides us from Strashun and I find relatives and acquaintances. Many of the people no longer have places to live in. They settle down on stairs, in stores…I decide to hunt up my friends in the courtyard. I have an idea that all of us will be there.”