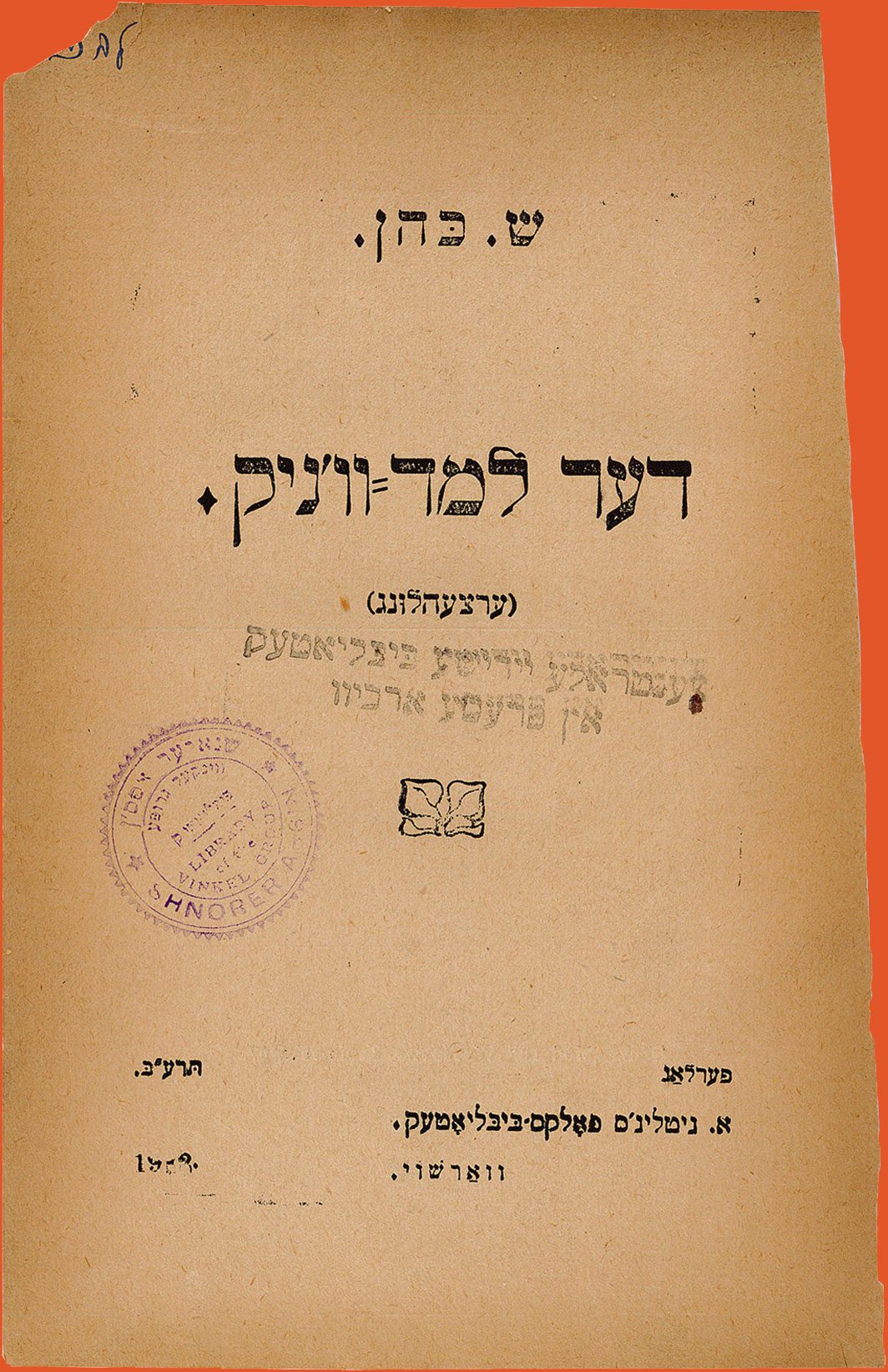 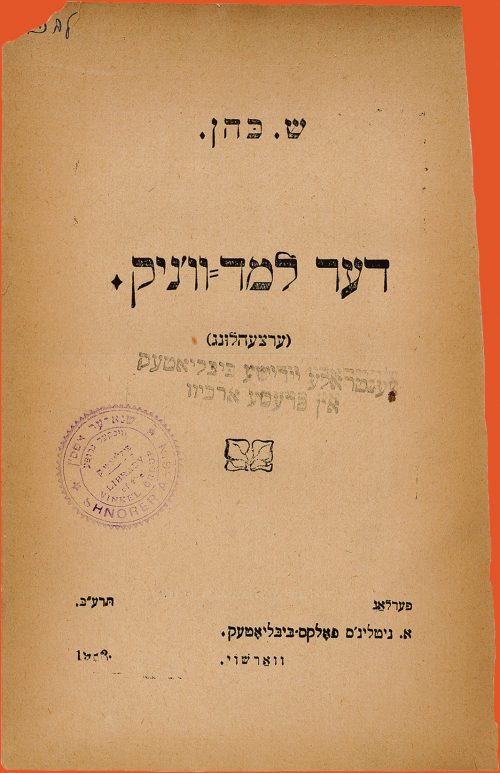 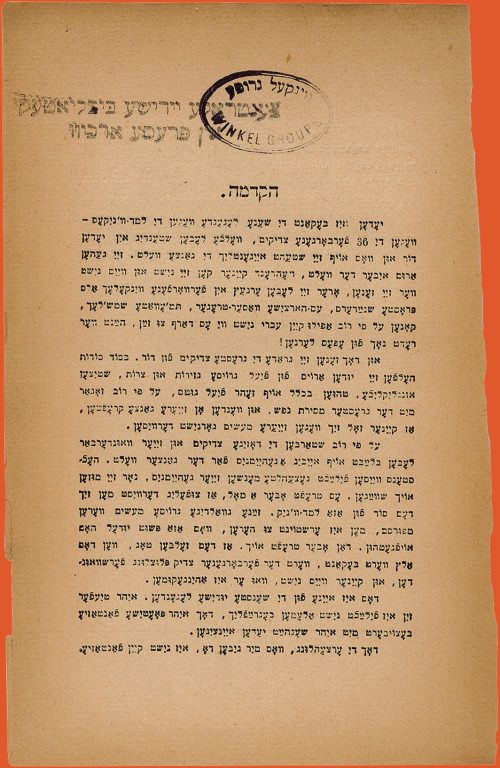 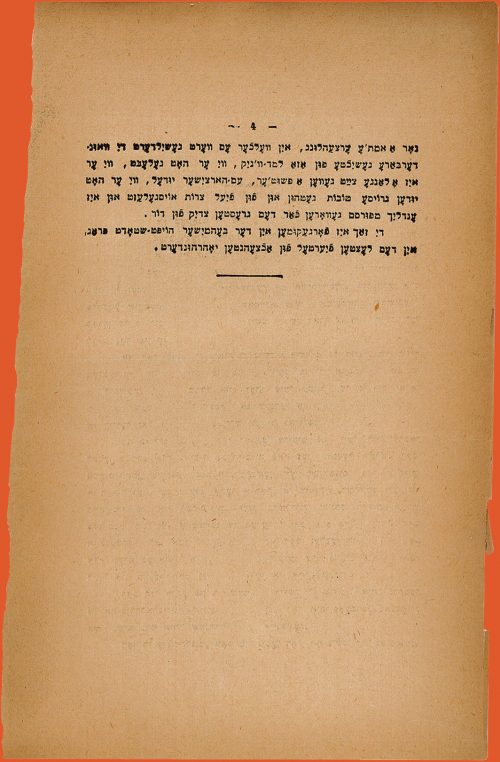 This Yiddish novel, Der lamed-vovnik (The lamed-vovnik), is by S. Cohen, and was published in Warsaw. The introduction to this explains the legend of the lamed-vovniks. These are the 36 “hidden righteous ones, who are present in every generation and on whom the existence of the world actually depends.” (Letters of the Hebrew alphabet correspond to numbers, and the letters “lamed” and “vov” equal “36.”)

“In the strictest secrecy,” he writes, the lamed-vovniks do good deeds out of the goodness of their hearts, sometimes even risking their lives. “They go around all over the world, where no one knows who they are, or they live somewhere in forsaken corners as simple tailors, salt of the earth water carriers, or half-witted synagogue beadles.” Often, the lamed-vovniks themselves don’t know they’re lamed-vovniks.

“It is said that most of these righteous ones die and their wondrous lives remain secret from the entire world. At most, a few people know their secret, but they too must remain silent. Once in a while, it happens, though, that the secret of such a lamed-vovnik becomes known by accident. His incredibly great deeds become publicly known, and there is astonishment at what such a simple little Jew accomplished. But then it also happens, that the same day everything is revealed, that the hidden righteous one suddenly disappears, and no one knows where he has gone.”

As shown by its stamps, this book ended up in New York. It was first owned by the library of the “Vinkel Group” (Corner Group) of the “Shnorer Association.” It later passed into the collections of the Central Jewish Library and Press Archive, which eventually merged with YIVO.