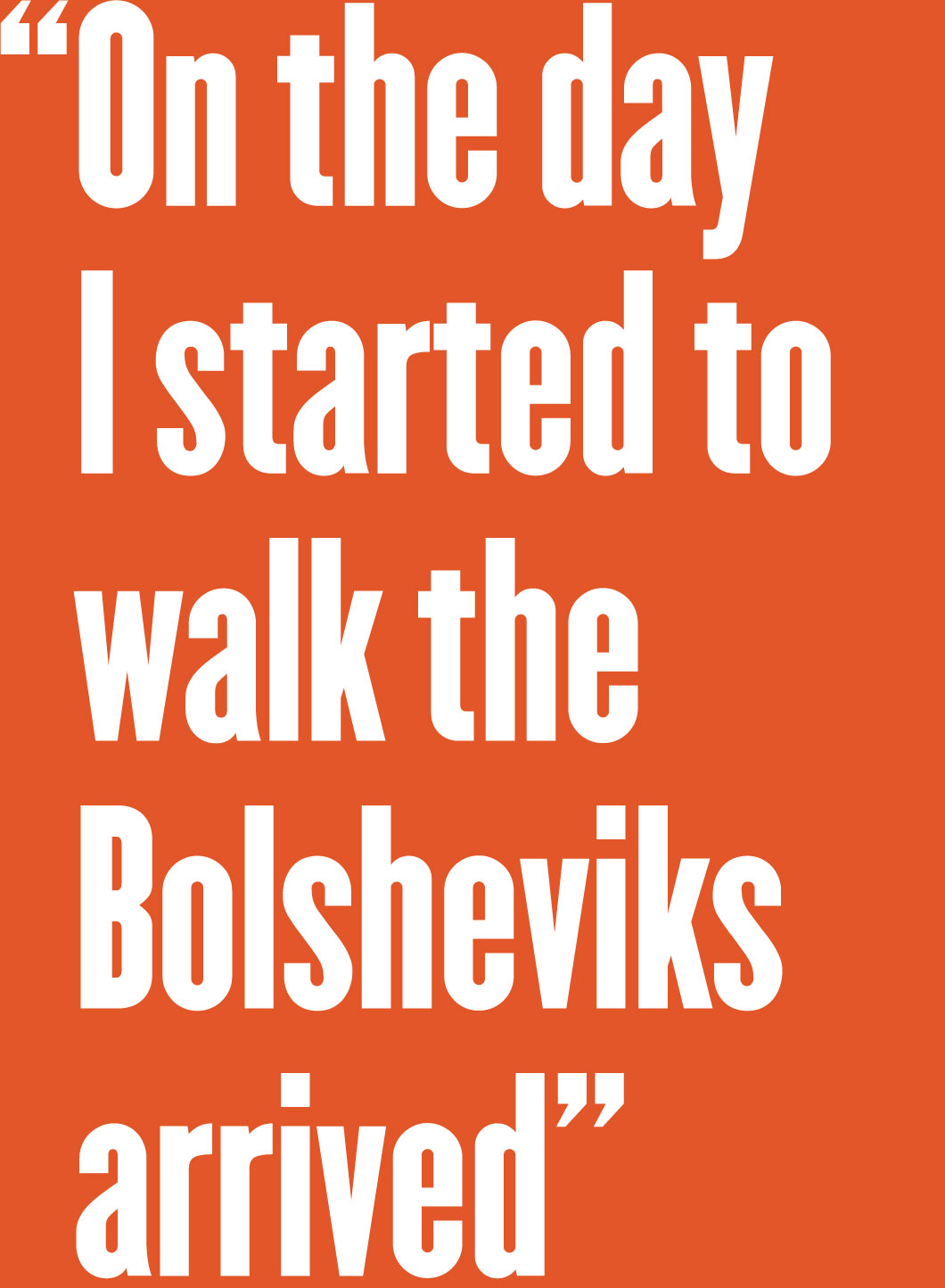 This is an excerpt from an autobiography by “G.W.” (a pseudonym). G.W. was a twenty-year-old tailor’s apprentice in Wlodzimierz, Poland, when he wrote it. He was also a member of the Jewish socialist party, the Bund.

I was born in D., a very small town near Siedlce. There, in 1919, I came into the world in my parents’ home, located on narrow Notavizne Street. Our house was made of brick. There was a big yard in front, which belonged to my mother’s family. My mother’s parents died not long after I was born, as did my father’s parents. I never knew any of my grandparents. The first people I got to know during my earliest years were my mother’s sisters and brothers. I felt closest to my mother’s older brother, Khayem; he would sit with me for hours at a time telling me all kinds of stories. I really enjoyed them, even though they were all about religion. They had a powerful impact on my childlike imagination. I showed him my appreciation as often as I could by fetching things for him and doing other small favors.

To the right of our house, closer to the road, stood a small beys-medresh called Khaye-Odem. To the left stood a big brick house, and Zalmen-Shimen the Baker’s house was in the middle.

My mother tells me that on the day I started to learn to walk the Bolsheviks arrived. It was a beautiful day, and I was taking my first steps, chasing a rooster around the yard. Just then a hail of shrapnel and bullets rained down on our town, striking all the roofs with a great crash. We went into our house and boarded up the windows and doors. And so the first pleasure that my mother had from my accomplishments was ruined. I will never forget this incident. Then my grandmother died and, eight days later, my grandfather died, too. The war years had exhausted him and drained the last ounce of life from him. My mother, who had just given birth to my second brother, became ill as a result of all these troubles and was bedridden for several weeks. After that, she got up and had my little brother put in a cradle. I used to play with him and rock him to sleep. Sitting there, I would get tired and fall asleep, leaning against the cradle. That’s how I spent my very early childhood years.