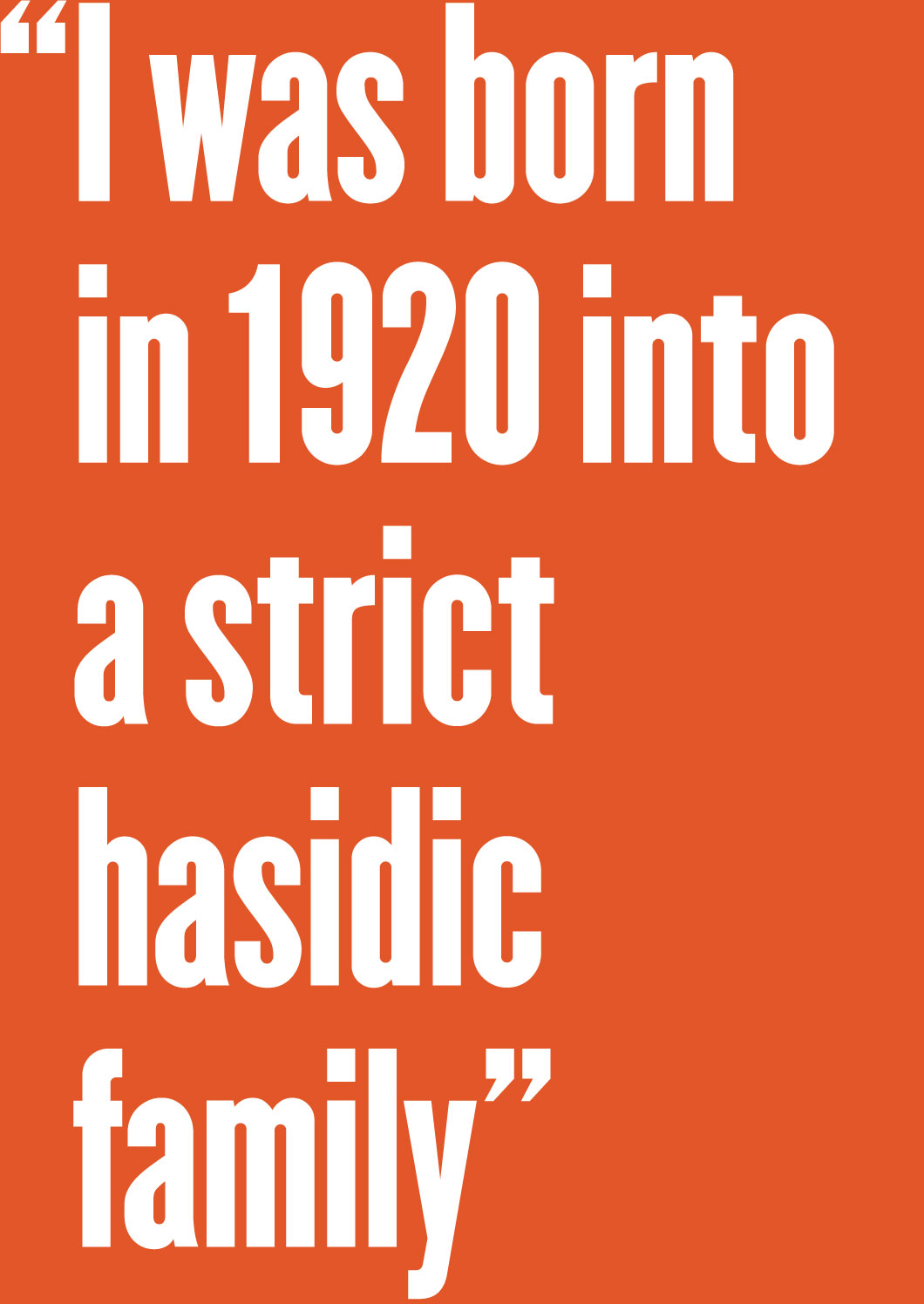 This is an excerpt from an autobiography by a young woman named Esther, who was a nineteen-year-old teacher in a religious Beys Yankev girls’ school in a small town when she wrote it.

I was born in 1920 into a strict hasidic family. My father was a Gerer hasid. As far back as I can remember, I was steeped in hasidic traditions. At the age of five I remember feeling lucky that I was a Jew. I felt sorry for people who weren’t Jewish and didn’t have such good fortune. According to my childish reasoning, they were unhappy because they lived the wrong way.

When I was five, my father hired a melamed for me. I don’t remember much of what he taught me, for at this time my field of vision was widened, revealing new horizons that made me forget everything else. A woman named Sara Schenirer came to L. Her arrival caused an upheaval in our house. I had heard amazing stories about this extraordinary woman. People said that she was establishing a school for Jewish girls.

The word “school” was magic to me. I was full of questions. How would it look? I imagined countless benches. For some reason, I pictured the teacher as a tall, large woman with a ruler in her hand. With extraordinary impatience, I awaited the founding of a school in our town – and, what was more, a Jewish school. I envisioned a paradise. Imagine! To be able to learn. Knowledge! I kept asking whether they would teach us writing and arithmetic. Father answered: “First you will learn to pray, to write Yiddish, and to translate the prayers.” And when he told me that we would also study the Bible, it took my breath away. I asked him if we would be able to study Rashi commentaries, too. His answer was: “Girls don’t study Rashi and Gemara.” Well, that meant “no” but it still left the Bible. As if I were intoxicated, I ran out to the shed in the courtyard where we children played. I told anyone who would listen that there would soon be a school for girls in L., where we would learn Yiddish and how to pray and, I concluded triumphantly, study the Bible.