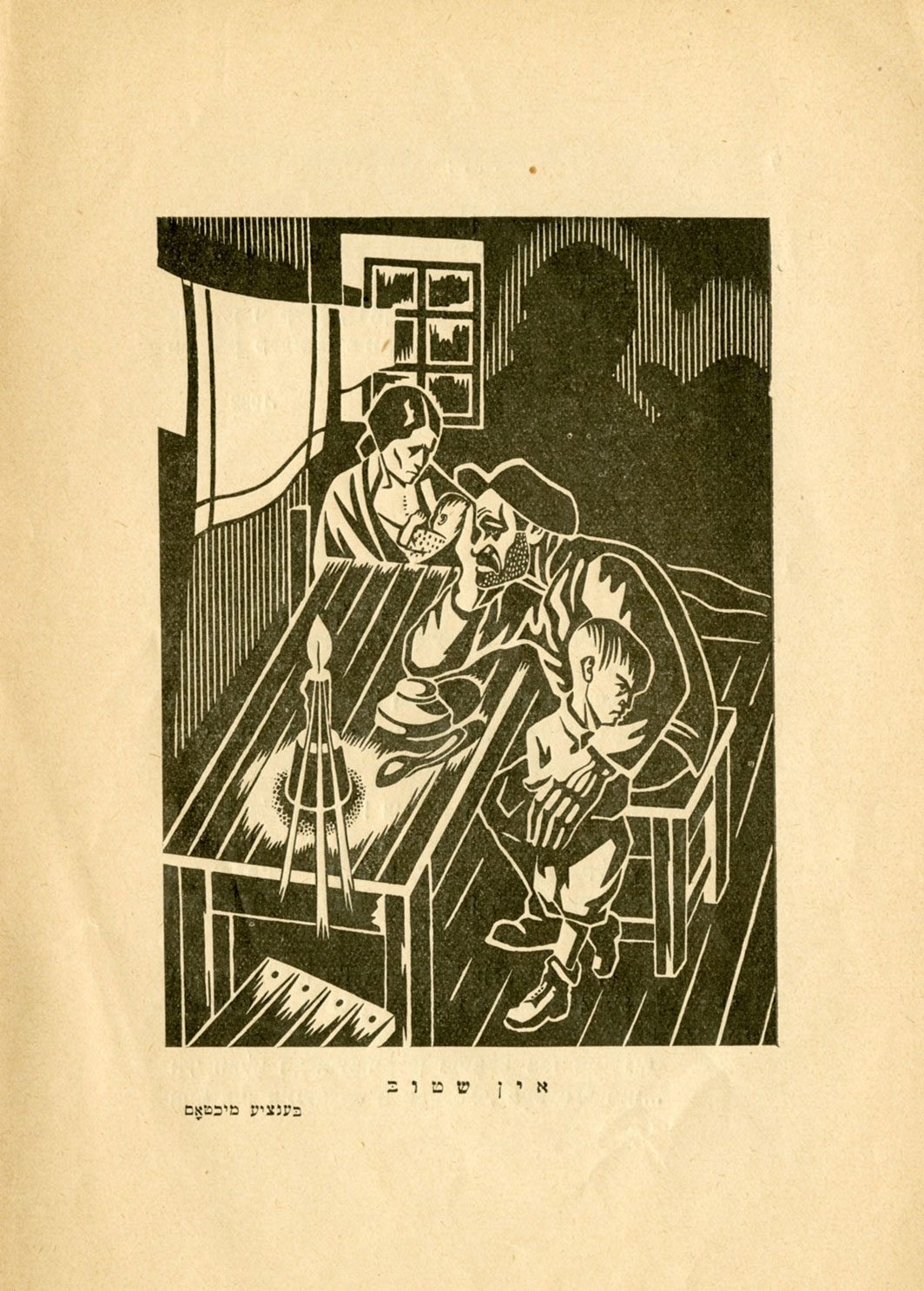 An illustration by Bentsye Mikhtom from the first issue of Yung Vilne. Yung Vilne (Young Vilna) was a Yiddish literary group of writers, poets, and artists who were active in Vilna, Poland, in the 1930s. They viewed themselves as rooted in Vilna, but also as members of the international avant-garde. All came from working-class families. They were personally familiar with the poverty that was common among the Vilna Jewish community.