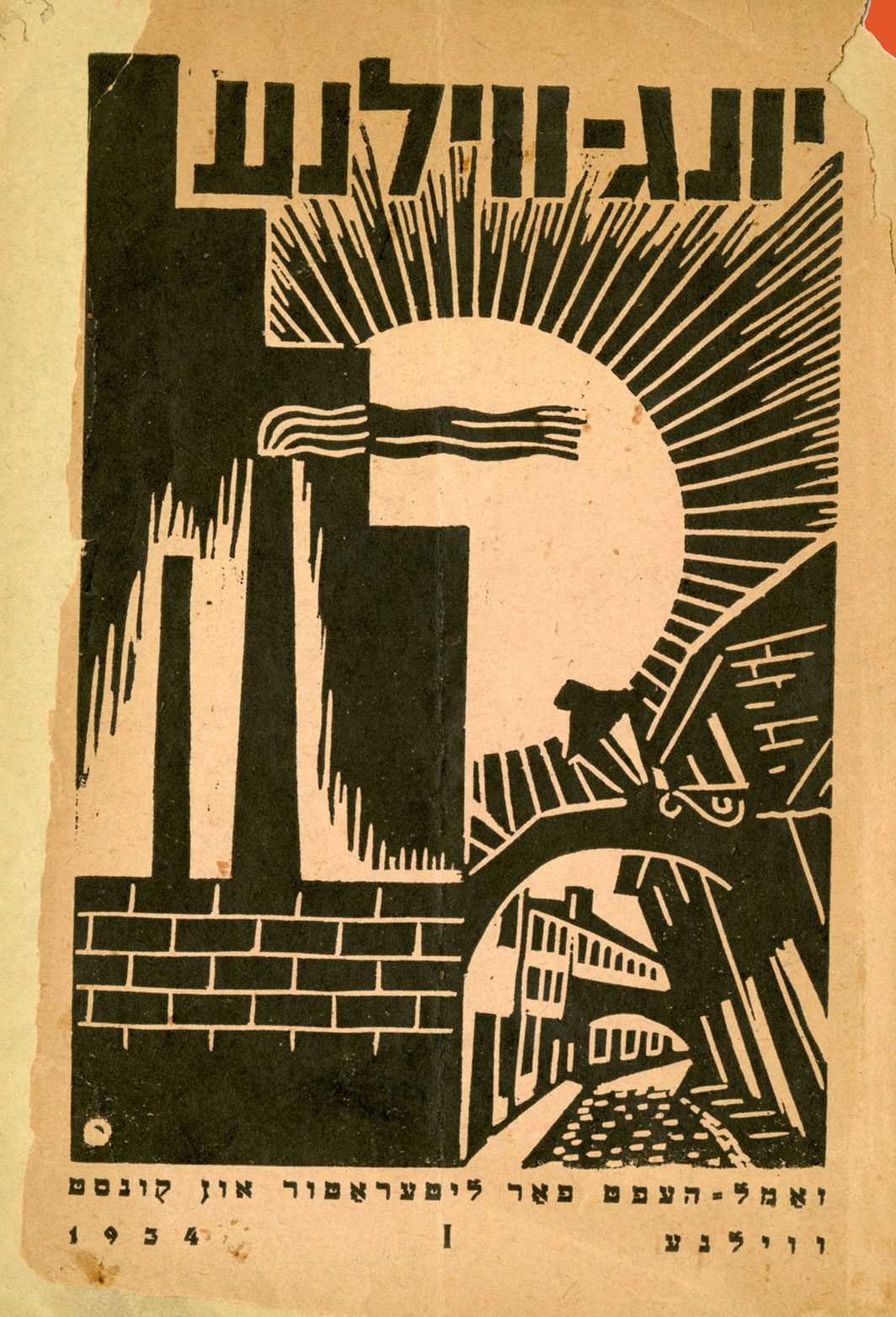 The first issue of the journal of Yung Vilne (Young Vilna). This journal featured a literary group of Yiddish writers, poets, and artists who were active in Vilna, Poland, in the 1930s. They were celebrated by the city’s intellectuals as an example of Jewish cultural renaissance in interwar Poland. The artists and writers viewed themselves as rooted in Vilna, but also as members of an international avant-garde. The illustration on the cover expresses that dominant theme. There is: modernity in the form of smokestacks paired with the traditional, arched streets of Vilna.