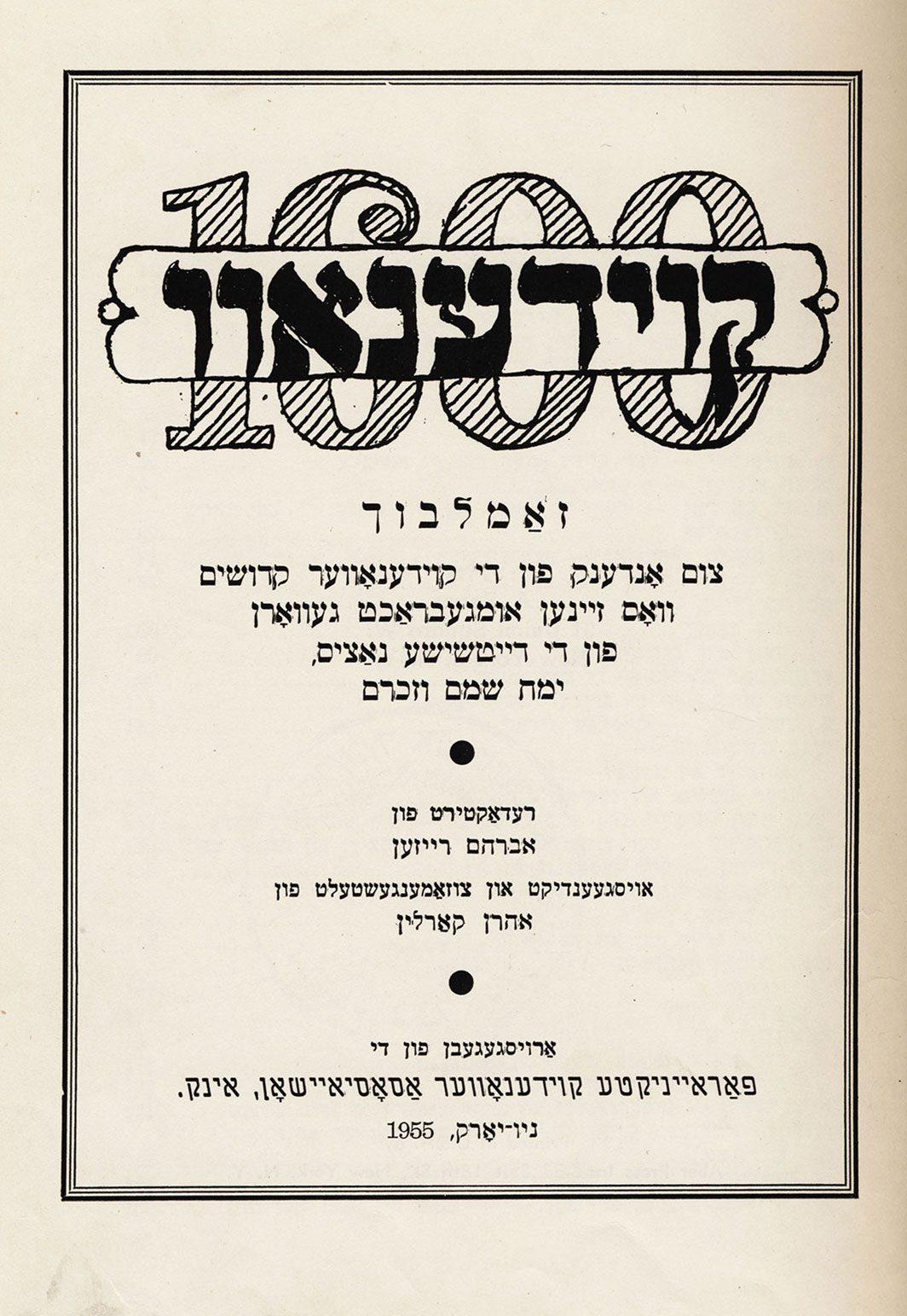 Memorial Book for the Jewish Community of Koydanov

Yizker-bikher (singular: yizker-bukh) are memorial books commemorating Jewish communities destroyed in the Holocaust. Survivors and émigrés from some communities have organized landsmanshaftn, associations of Jews from the same hometowns abroad. Landsmanshaftn in the United States, Israel, and elsewhere have produced many hundreds of this type of book, generally in Yiddish and/or Hebrew.

This one commemorates the Jewish community of Koydanov (present-day Dzyarzhynsk, Belarus). It was edited by Abraham Reisen, the prominent Yiddish poet who was one of Dzyarzhynsk’s most famous sons. The number “1600” refers to the 1,600 Jews who were murdered in October 1941 a few months after the Germans took control of the town.