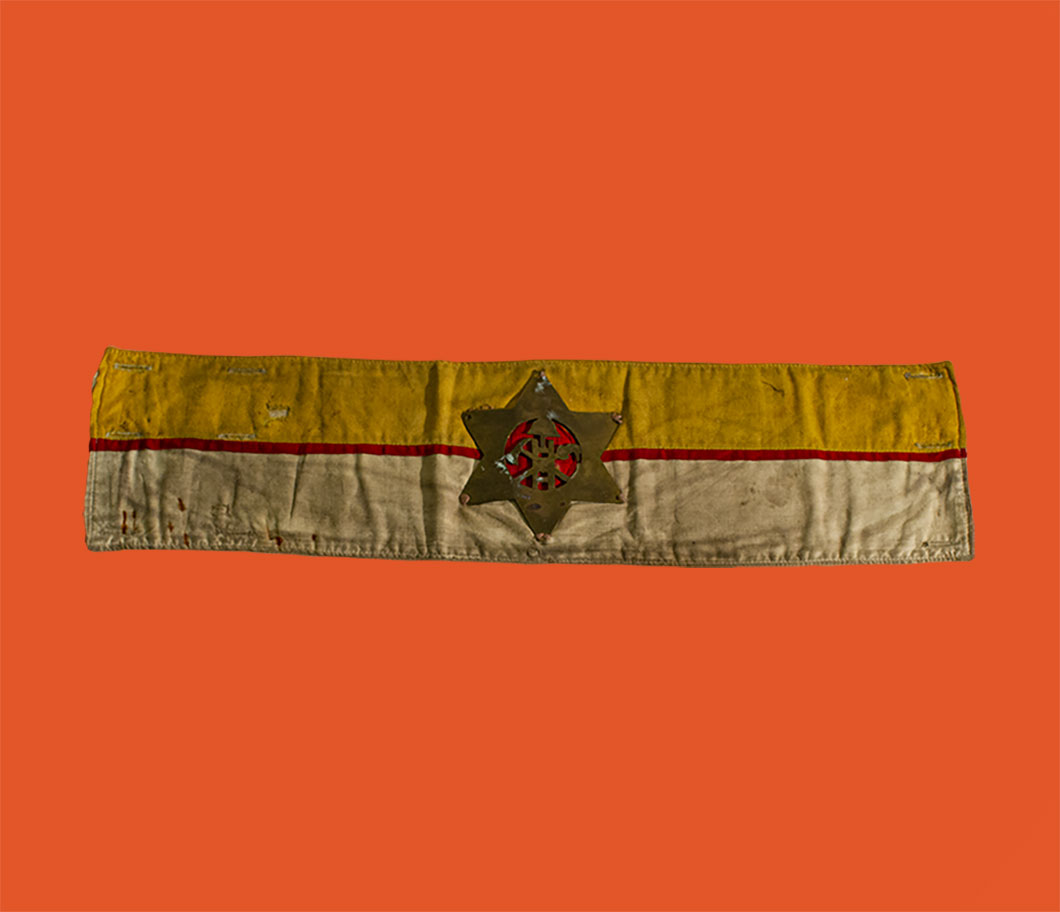 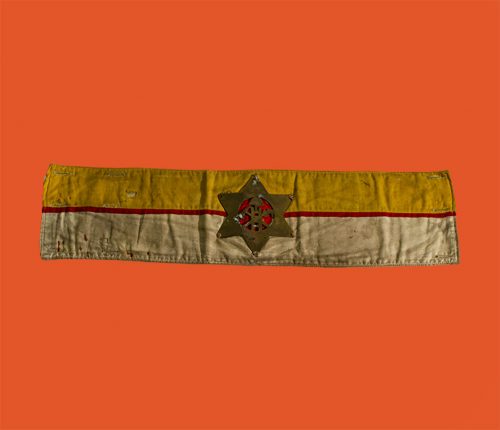 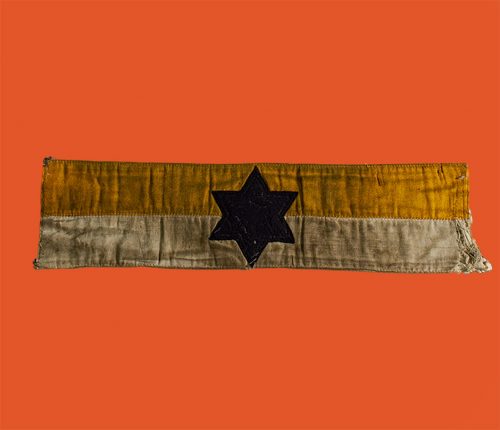 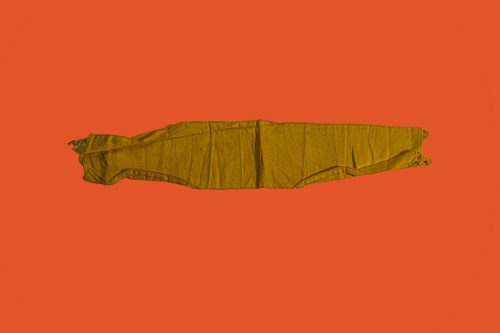 These are four examples of arm bands used to identify Jews during World War II. The first band was worn by the Łódź Ghetto fire brigade. The star has cutouts of an axe, shovel, and ladder. The second band was worn the by the Jewish police in the ghettos (Jüdischer Ordnungsdienst). The third and fourth images are yellow armbands worn by Jews as an identifying marker.