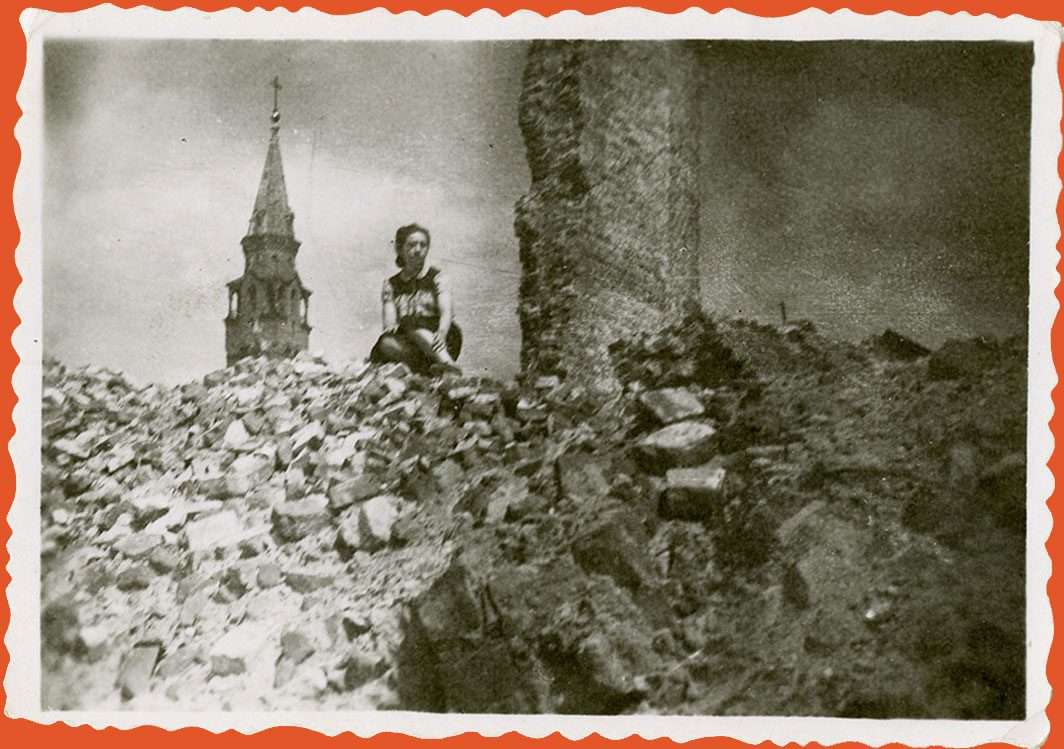 Ruins of the Warsaw Ghetto

Warsaw, Poland, Circa 1945. Warsaw Ghetto after the War

Hannah Fryshdorf, a participant in the Warsaw ghetto uprising, amid the ruins of the ghetto. Fryshdorf was a member of Tsukunft, the youth movement of the Bund. She survived the ghetto uprising and went to the forests to continue fighting. Her husband was killed along with other Jewish fighters. She returned to Warsaw to participate in the general Polish uprising in 1944. Nine months pregnant, she was captured by the Germans but managed to escape. As the battle raged around them, she gave birth to her son in a cellar where other Jews were hiding. She and her son eventually immigrated to the United States. She later became the assistant director of the YIVO Institute.