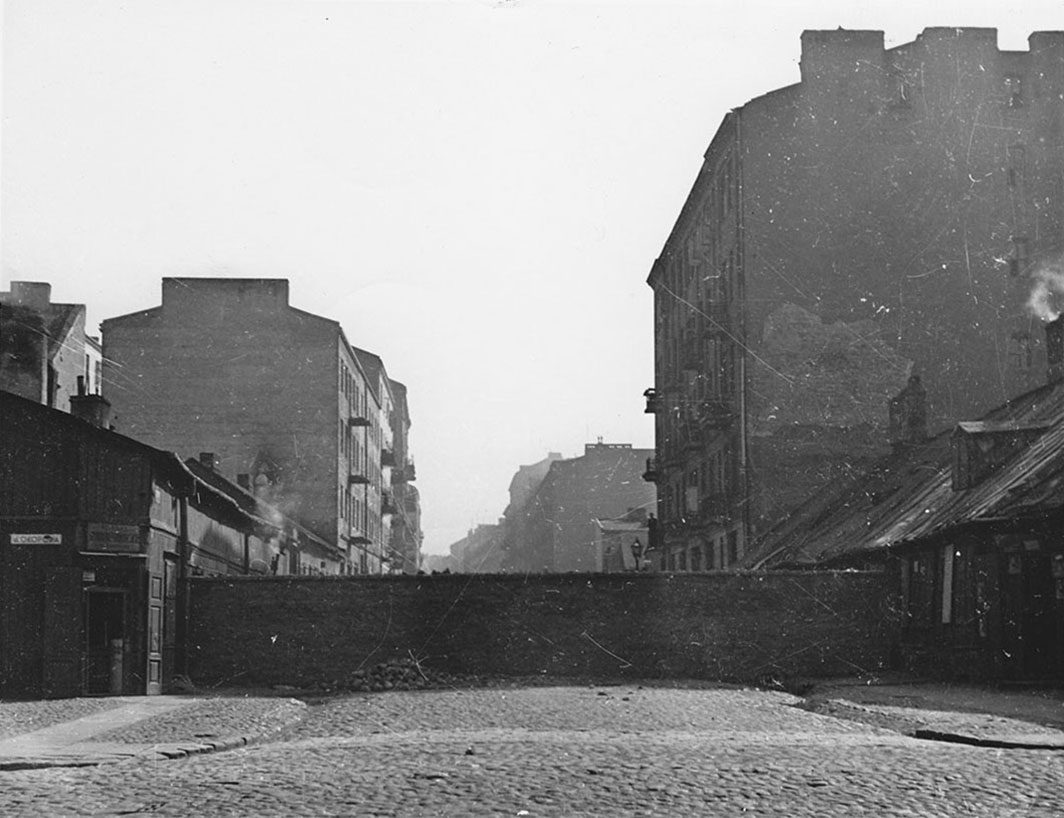 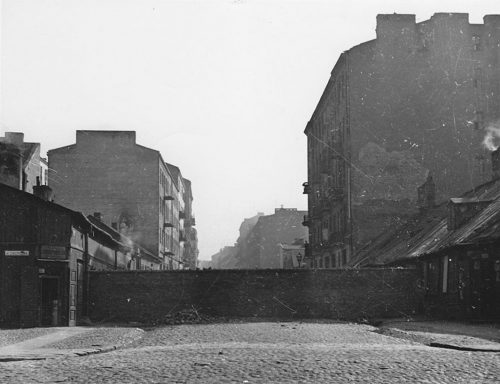 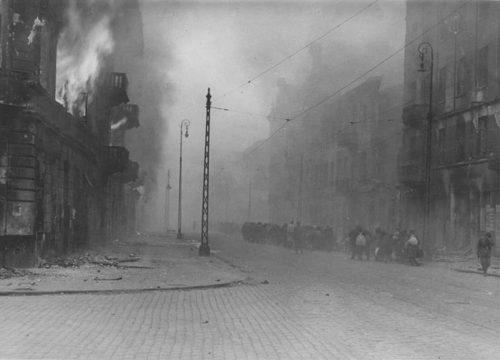 The Nazis established ghettos to imprison the Jewish population soon after they invaded Poland.  Jews were forced into small areas in towns and cities, where they lived in overcrowded conditions. They suffered from hunger, disease, and acts of violence by the Nazis and their henchmen. One of the largest ghettos was established on November 16, 1940, in Warsaw.

The first photograph, taken in 1940, is of part of the wall, at Okopowa Street, that sealed the ghetto off from the rest of the city.

The second photograph is of Jews being marched to the Umschlagplatz as the Warsaw Ghetto burns in April-May 1943. The Umschlagplatz was an assembly point for deportation to the Treblinka death camp. The Nazis burned the ghetto to the ground as they battled Jewish resistance fighters. The Warsaw Ghetto Uprising was the largest of the Jewish armed revolts against the Nazis.