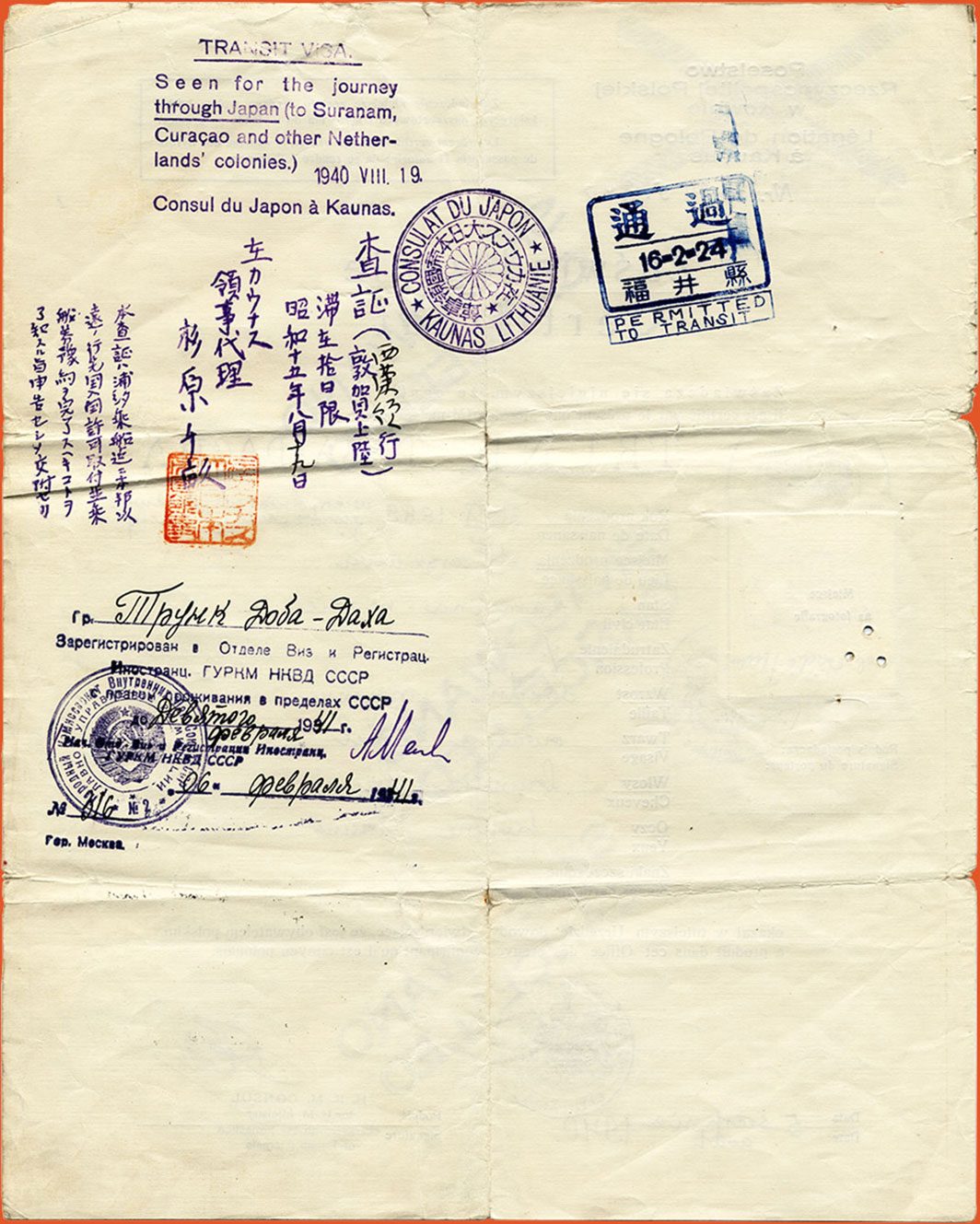 Visa issued by the Sempo (Chiune) Sugihara, the Japanese Consul in Kaunas, Lithuania. This allowed the Trunk family to escape from Eastern Europe to Japan via the Soviet Union. Sugihara is considered one of the heroes of the Holocaust. He went against the orders of his superiors by acting on his own to help over 2,000 mostly Jewish refugees to escape Europe. He was punished for his actions back home in Japan and was eventually retired from the foreign service. However, he lived to see the day that he was honored by the State of Israel as a member of the “Righteous Among the Nations.”