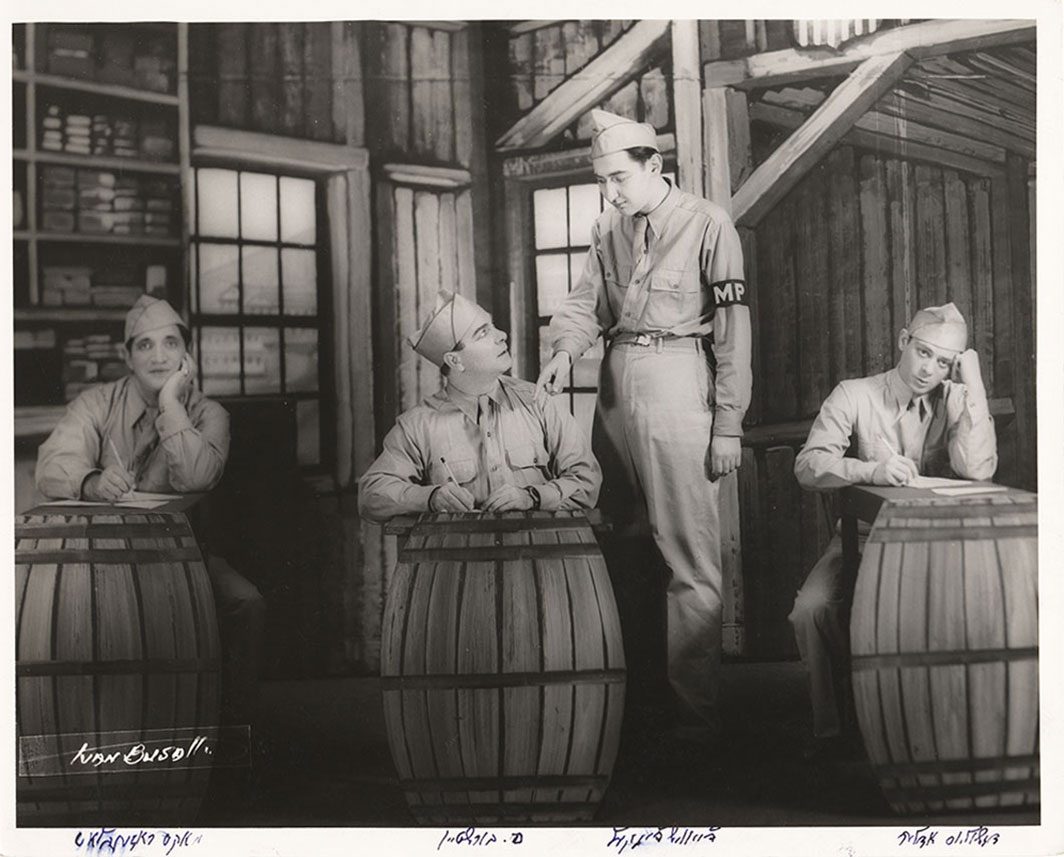 Scene from “Who is Guilty?”

A scene from the Yiddish play, “Ver iz shuldig?” (Who Is Guilty?), performed in Brooklyn, New York. Actors (left to right): Maks Rosenblatt, Pesach Burstein, Fyvush Finkel, and Julius Adler. Burstein was a Yiddish theater star who had immigrated to the U.S. in the 1920s. This photo dates from around the time he established his theater in a Jewish immigrant neighborhood in Brooklyn. Finkel was born in Brooklyn. After getting his start in the Yiddish theater, he “crossed over” to become famous as a character actor on Broadway and television. The actors are dressed in costume as soldiers in the American army.