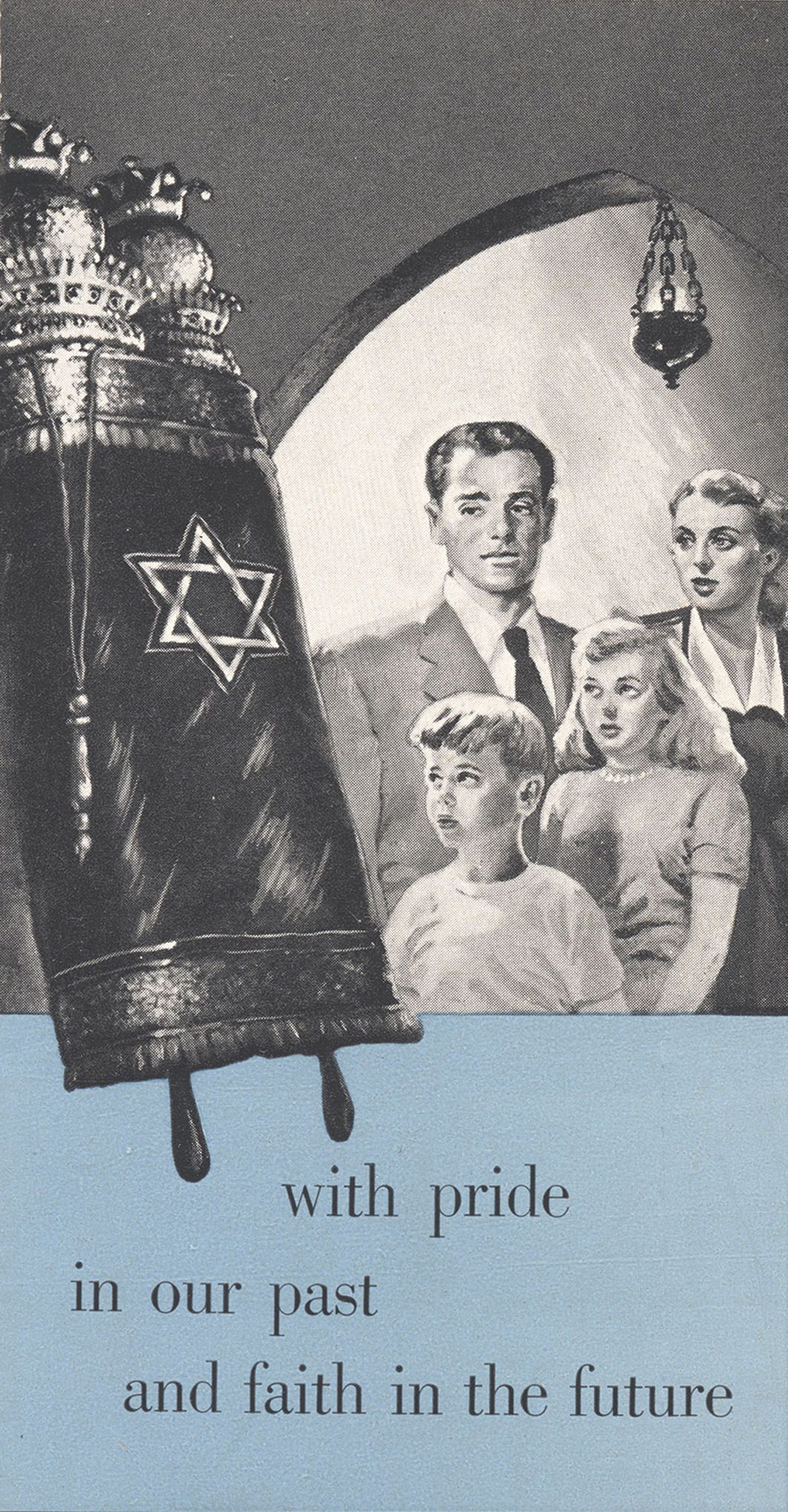 “With Pride in Our Past and Faith in Our Future”

Brochure for the Union of American Hebrew Congregations (UAHC) from 1951-1952. The UAHC (now known as the Union for Reform Judaism) is a federation of synagogues affiliated with Reform Judaism. This denomination of Judaism began to take root in the U.S. in the late 1800s. Other denominations of Judaism, such as Conservative Judaism, also emerged. They especially appealed to children and grandchildren of immigrants, who sought ways of retaining Jewish identity and traditions that seemed more modern and American than Orthodox Judaism. Other Jews continued to adhere to traditional Judaism, but in a more modern way. Still other Jews the remnants of ultra-Orthodox and Hasidic communities wiped out by the Holocaust, rebuilt synagogues here in the U.S. They organized life around authoritative rabbis, family structure, and community in a way that reproduces as much as possible Jewish life in Europe before the war.