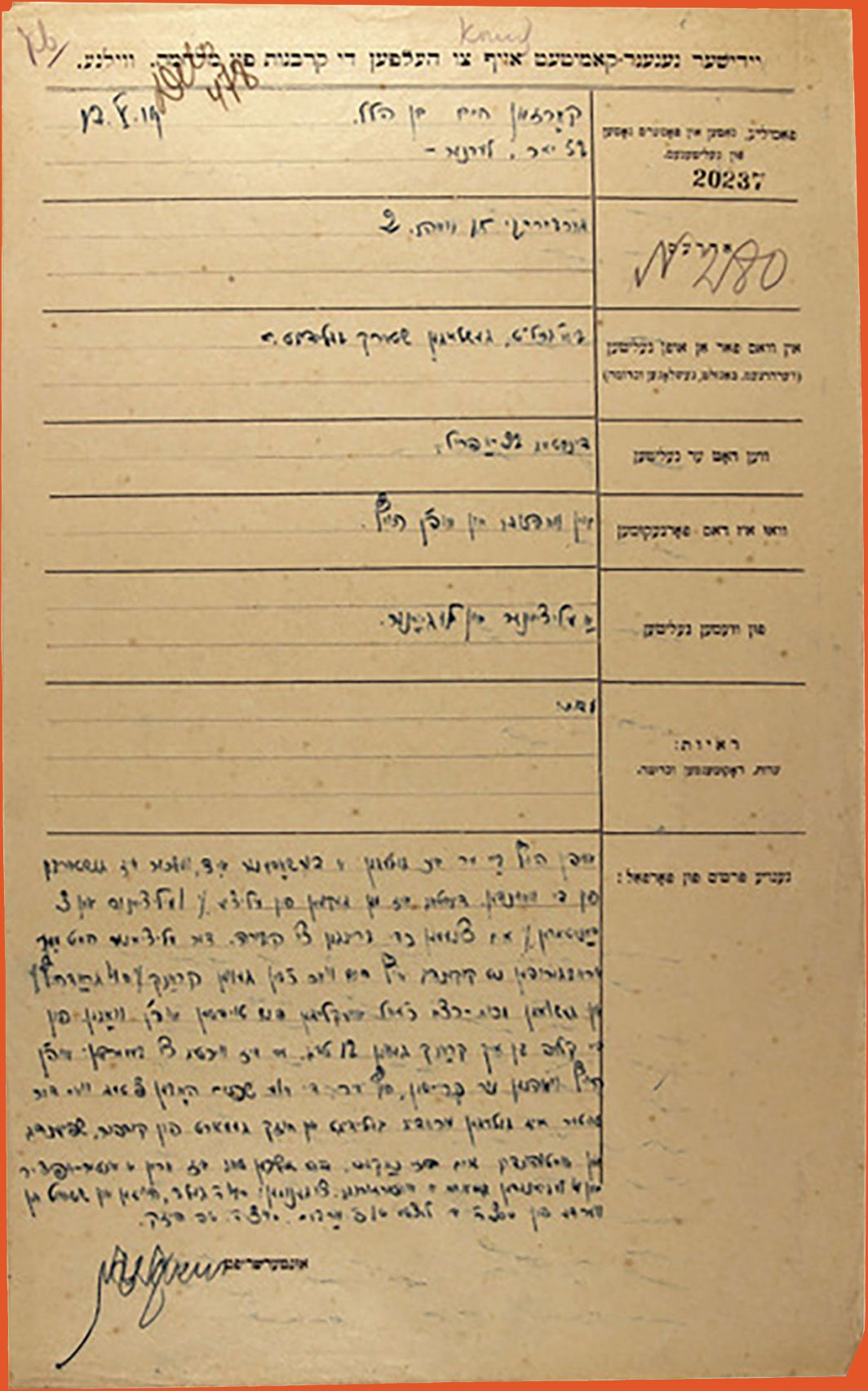 The arrival of Polish forces in Vilna in 1919 was accompanied by antisemitic violence on the part of the troops.  Here, the testimony of Khayim Kurzon, a 52-year-old Jewish teacher in Vilna, talks about these events. Kurzon was beaten by Polish legionnaires and forced to bury the corpse of another Jewish man, which had lain in the courtyard for days after being stripped and spit on by Christian neighbors. Kurzon was also robbed of household goods. The questionnaire, printed by the Yidisher gegend-komitet oyf tsu helfen di korbones fun milkhome (Jewish Local Committee to Aid War Victims), is filled out in Yiddish.