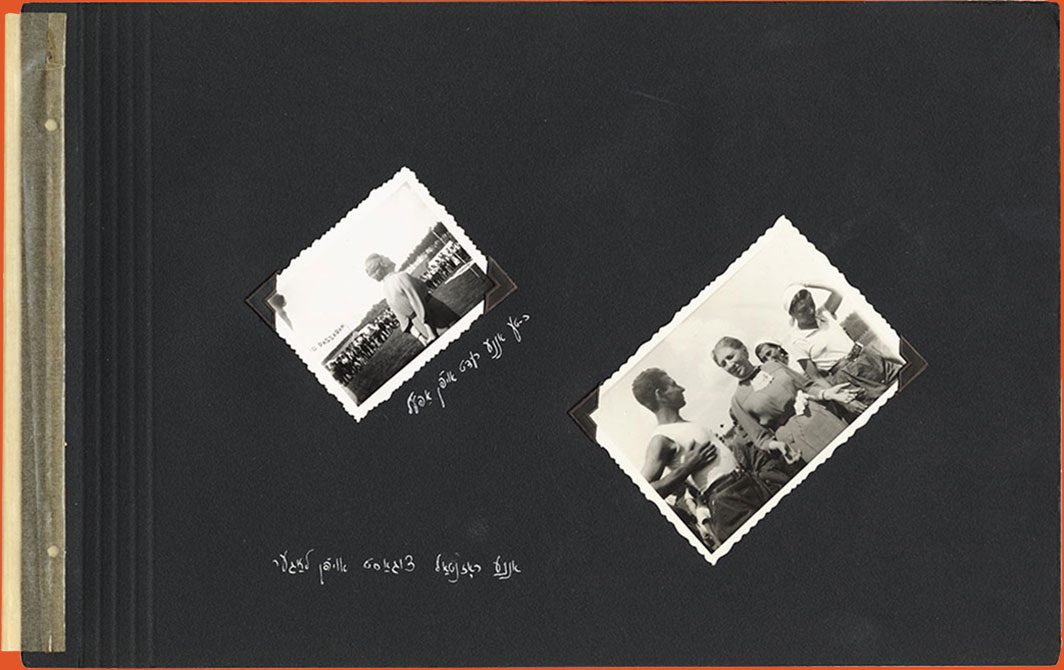 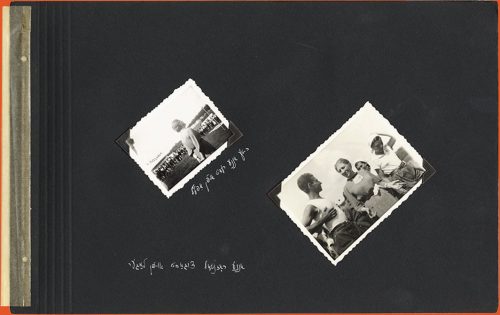 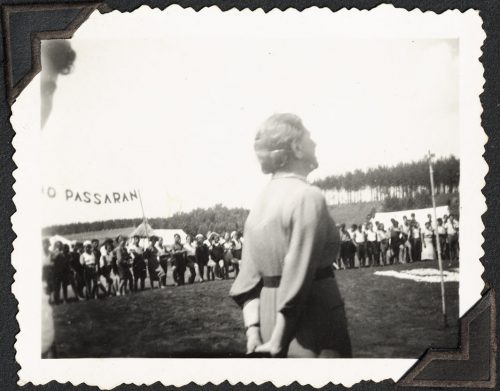 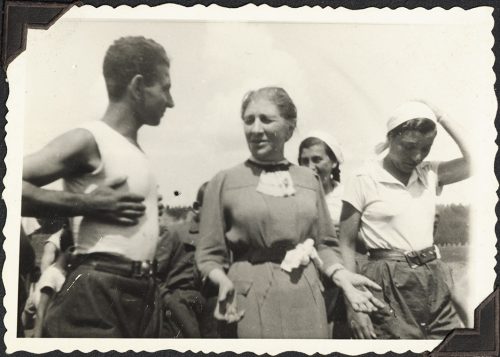 Page from a photo album from the Sotsyalistisher kinder farband (SKIF), the Socialist Children’s Union summer camp “Frayhayt” (Freedom). Anna Heller Rosenthal, a leader of the Jewish Socialist Bund, addresses an assembly and talks with staff and campers. In the banner in the first picture, the word “passaran” is visible, a fragment of “¡No pasarán!” (They will not pass!). This comes from a famous speech by a Communist Party leader during the 1936 Siege of Madrid in the Spanish Civil War. All over the world, socialist youths were inspired by anti-fascist fighters in Spain and sometimes joined volunteer brigades to fight there.