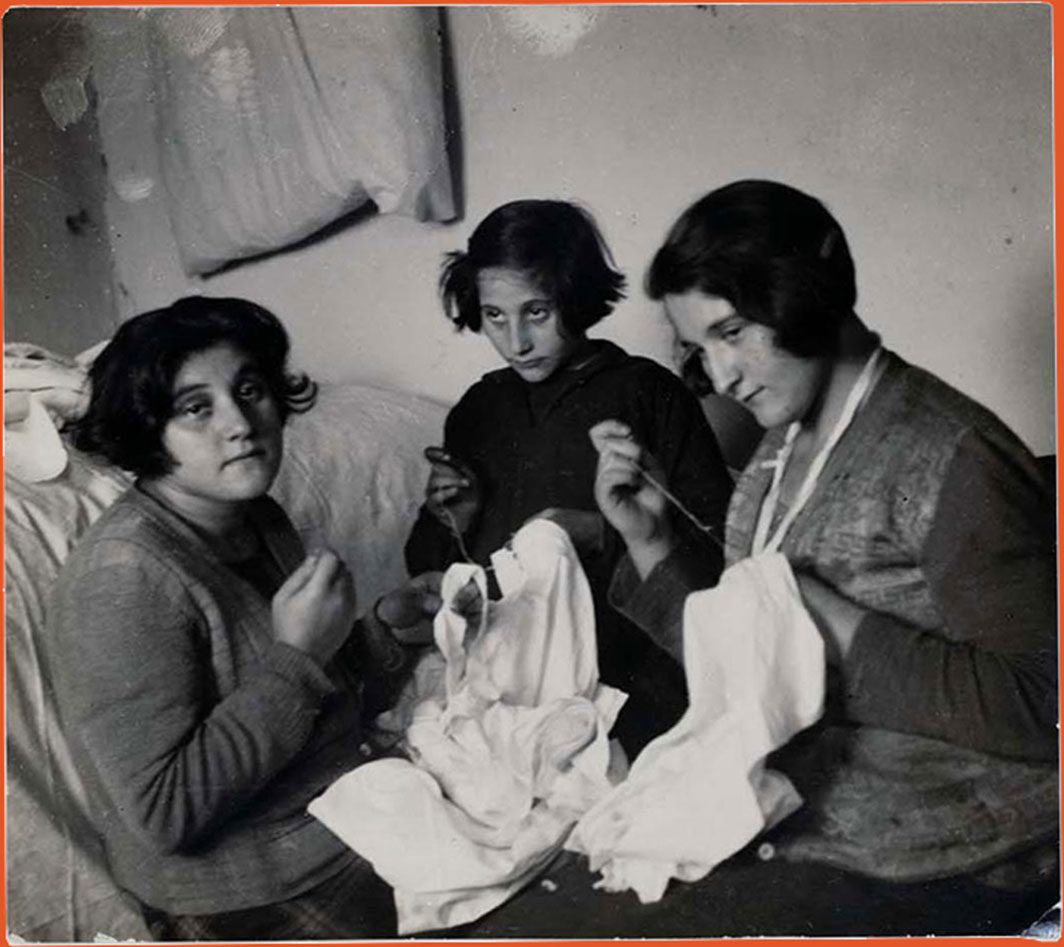 Young seamstresses from a family of tailors in Nowy Dwór, Poland. In interwar Poland, skilled labor was the second most important source of income for the Jewish population after commerce. Jews were particularly well-represented in textile-related crafts such as tailoring and weaving. Most worked in small workshops, often set up in their own homes.