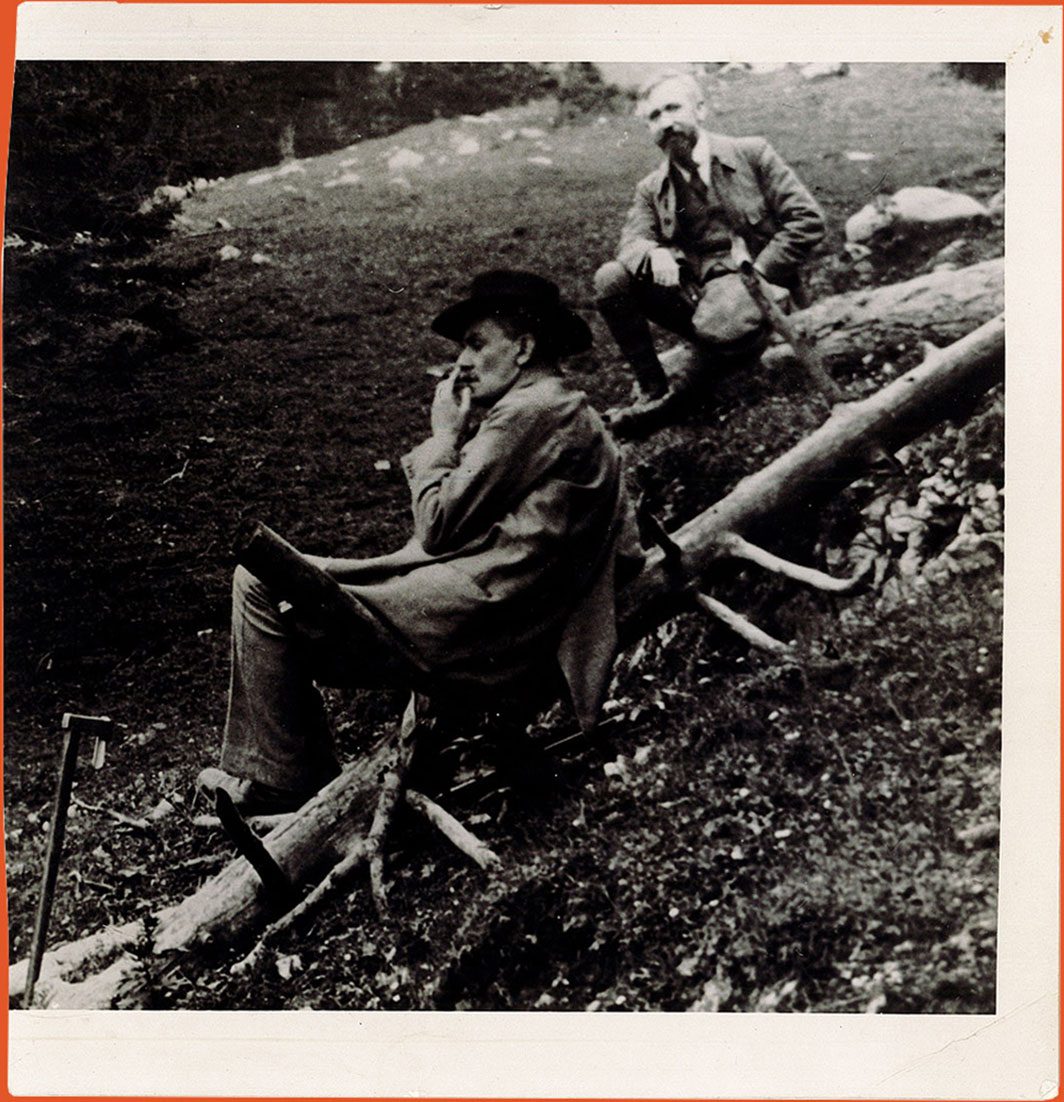 Zakopane, Poland, Circa 1925. Photograph on Mountainside

Jewish publisher Jakub Mortkowicz (foreground) and Polish writer Stefan Żeromski sit on a mountain slope in the resort town of Zakopane, Poland. Mortkowicz was a socialist and founded the Mortkowicz Towarzystwo Wydawnicze. It was one of the most prominent book companies in pre-World War II Poland. Żeromski, a novelist, was nominated four times for a Nobel Prize in Literature. He was known as “the conscience of Polish literature.”