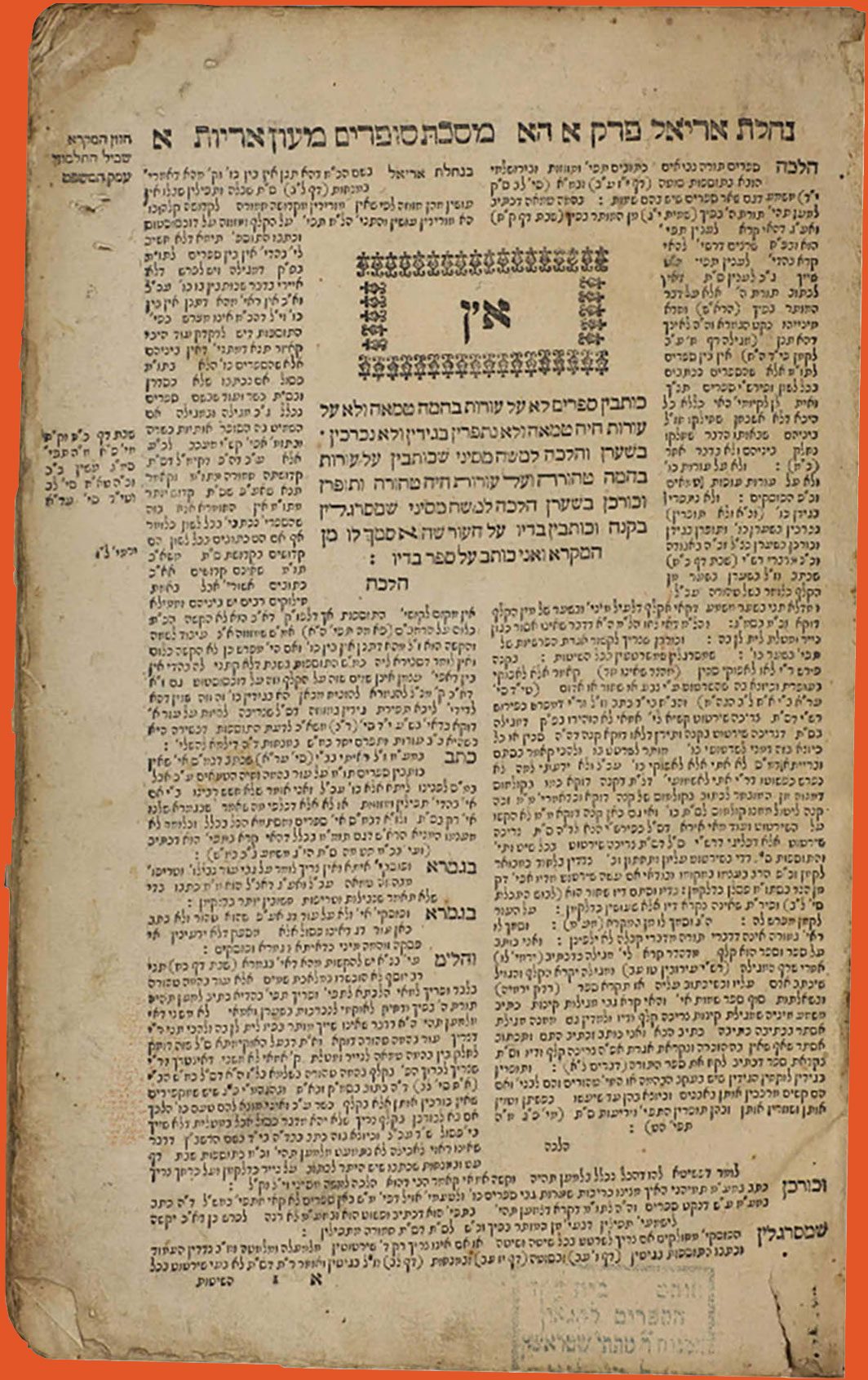 A page from Masekhet Rosh Hashana published in Metz, France. This tractate, section, is one of the 63 that make up the Talmud, the central text of Judaism. In the center of each page are two passages. One is from the Mishnah, which is the record of the teachings Tannaim, who were Jewish scholars active from about 30 BCE–200 CE. The second passage is from the Gemara, which is an analysis of and expansion upon the material presented in the Mishnah by the Amoraim, who were Jewish scholars active from about 200-500 CE. Framing the central panel are commentaries and glosses by rabbis from the medieval and later periods. This copy of Masekhet Rosh Hashana is from the private library of the great Vilna book collector Mattityahu Strashun.