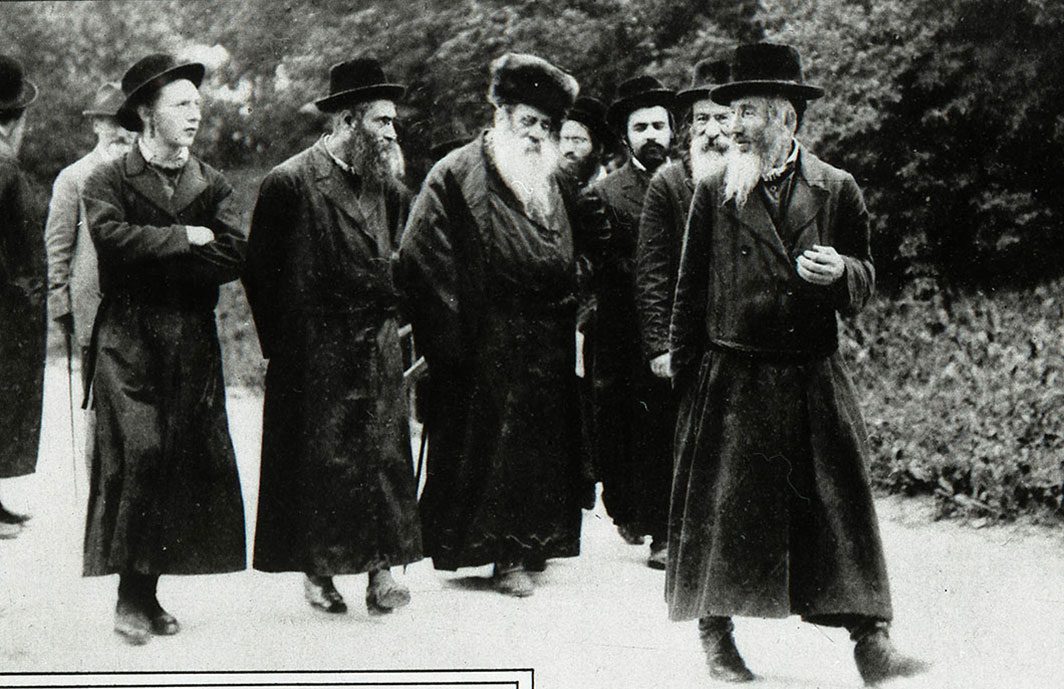 The Belzer Rebbe at a health resort

The Belzer Rebbe (center, in shtrayml, a fur hat), head of a Hasidic dynasty. Pictured here on a stroll with his entourage in Marienbad, a health resort in Czechoslovakia. He had come for “a cure” in 1924. Marienbad became one of the world’s most famous spas in the 1800s. It was a popular destination for celebrities and even royalty. People went there for treatment with water from its springs, which were said to have curative powers. Forward newspaper clipping of March 2, 1924.