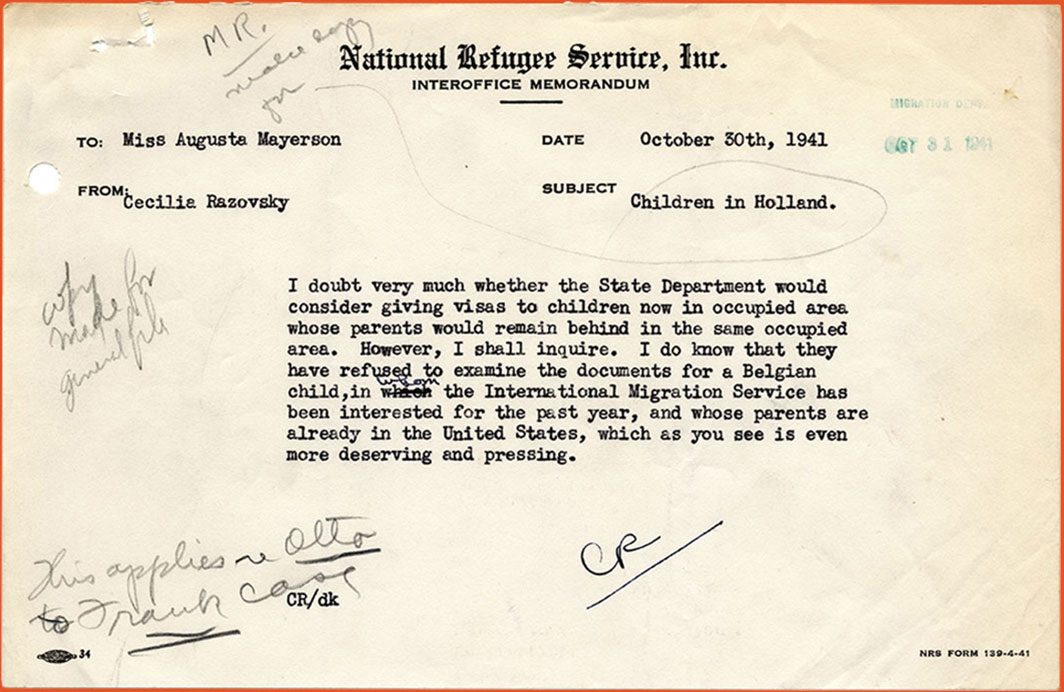 Document re attempts to rescue Anne and Margot Frank

An internal memo from Cecilia Razovsky of the National Refugee Service. The organization helped Jewish refugees fleeing Nazi persecution starting from October 1941. Razovsky writes about Anne Frank and her sister Margot in Nazi-occupied Holland. Their father, Otto Frank, was desperately seeking a way to get his children to safety. But, as Razovsky points out, the U.S. State Department was not likely to grant them a visa. She notes that the department had refused to budge even in the case of a stranded child in Belgium whose parents were already in the U.S. Nine months later Margot was issued with an order of deportation, and the Frank family went into hiding. In 1944, their hiding place was discovered, and they were deported to concentration camps. Anne died in Bergen Belsen concentration camp. Only Mr. Frank, and Anne’s diary, survived the war Anne’s diary became one of the Holocaust’s best-known documents.