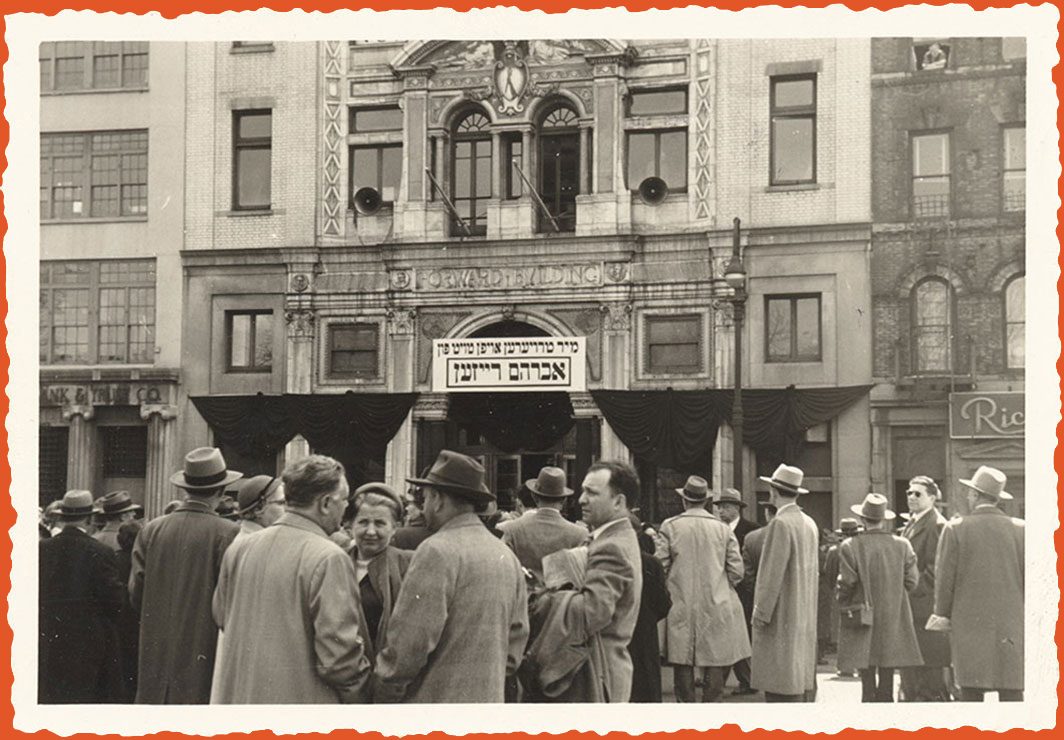 People gathered outside the headquarters of the Jewish Daily Forward on the Lower East Side to mourn Yiddish poet and fiction writer, Abraham Reisen. His death is announced with a sign over the entrance. Reisen, born in Koydanov in the Russian Empire in 1876, came to the U.S. in 1914. He was revered by Jews on both sides of the ocean. His poems and stories were a regular part of the curriculum in Yiddish schools in Poland. The Forward was the largest daily Yiddish newspaper in the U.S. Established in 1897, its immigrant readership was dwindling by the 1950s. It continues to publish in English and Yiddish online editions today.