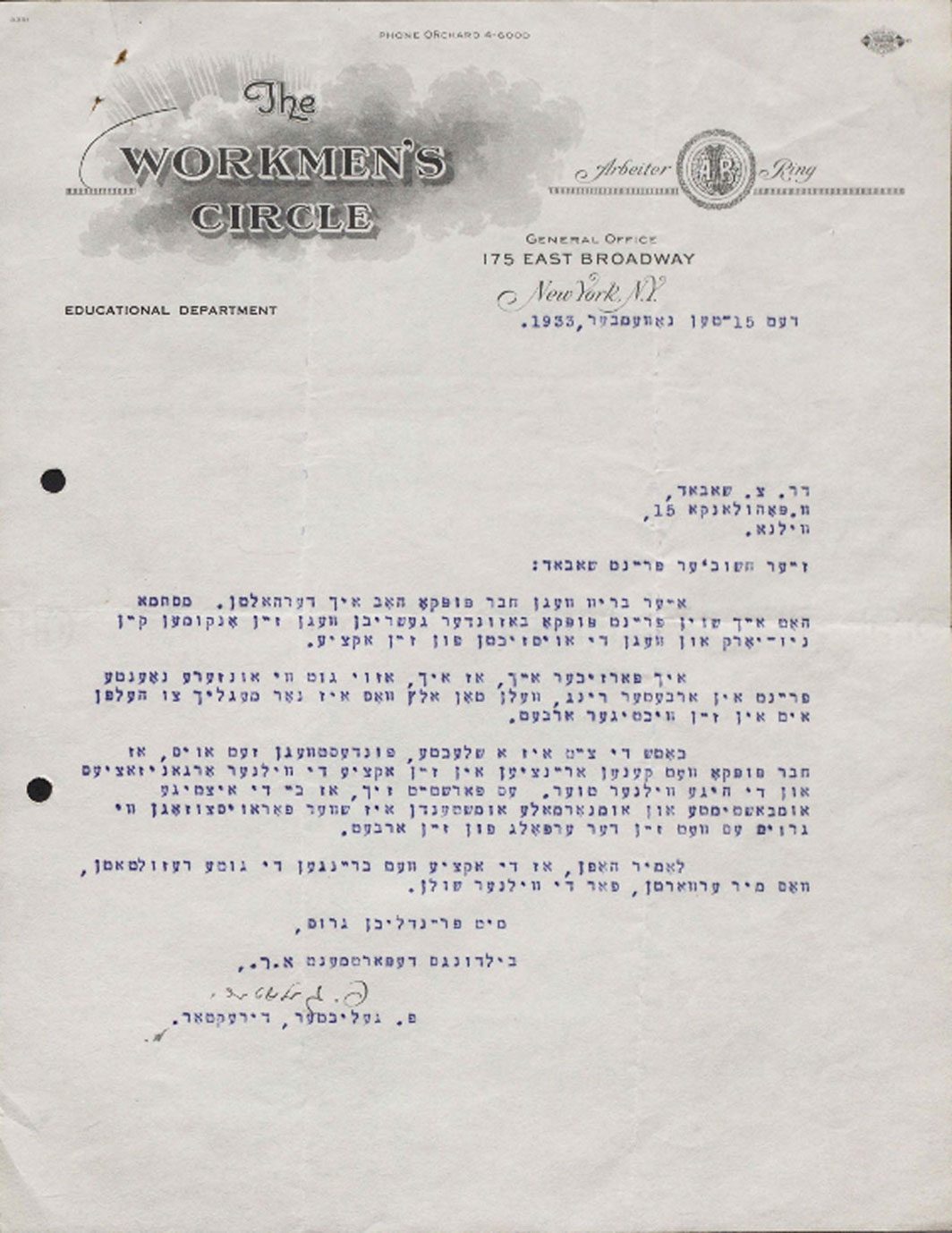 The Minorities Treaties signed at the end of World War I by newly established republics at the Paris Peace Conference guaranteed civil rights for minorities. These included the right to establish their own schools and to receive a proportional share of state funds for the support of those schools. But in practice, the Jewish schools in Poland never received sufficient funding from the government. A growing number were forced to close their doors. In desperation, some turned to Jewish communities living overseas for help. This letter is from the director of the American Jewish organization, The Workmen’s Circle. It is to Dr. Tsemah Szabad, the prominent doctor and communal activist in Vilna. The letter reports that the special fundraising representative of TSYSHO, the Central Yiddish School Organization in Poland, had arrived in the United States. It pledges to help him reach his fundraising goals. But it is a tough time everywhere. Even in America, where the Depression is in full swing.