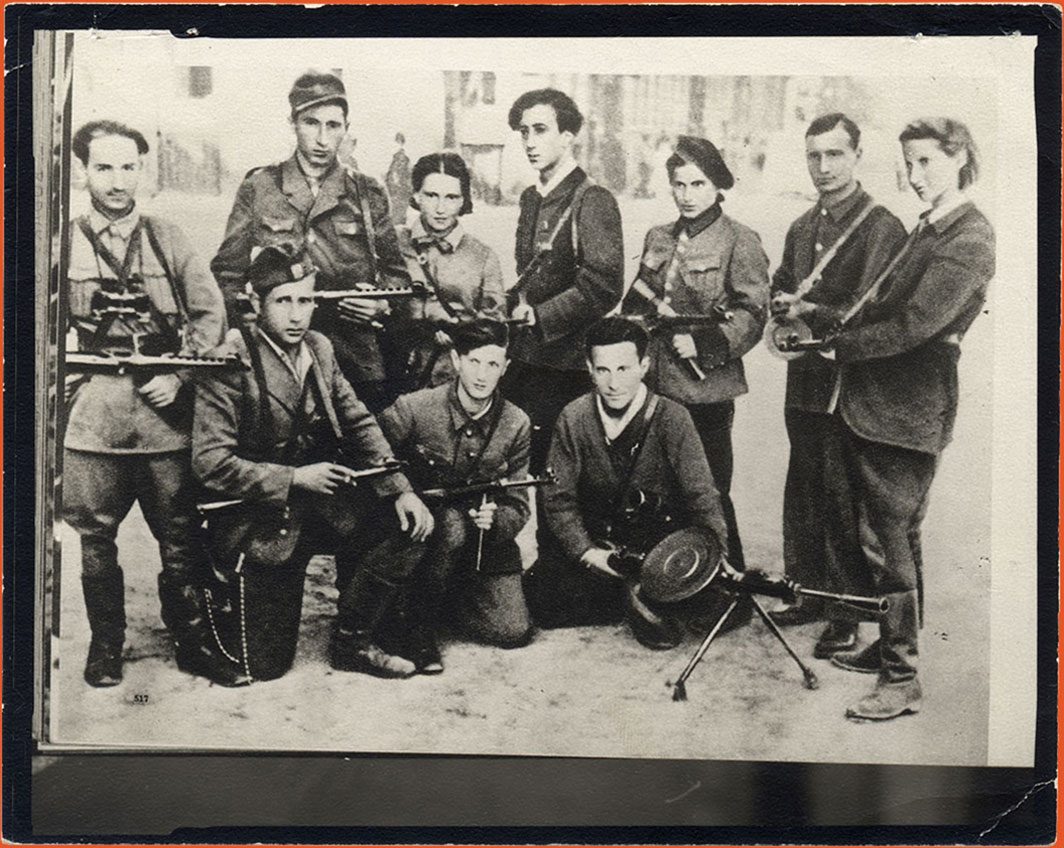 These Jewish partisans fought the Nazis in the forests and helped liberate their hometown of Vilna, Poland in 1944. (Back row, left to right) Elchanan Magid, Jacob Prener, Bluma Markowicz, Abba Kovner, Ruzka Korczak, Leib Szapirstein, Vitka Kempner. (Front row left to right) unidentified, Pesach Mizerecz, Motl Szames. Kovner, the group’s commander, was one of the most militant voices urging Jews to fight back against the Nazis. In a pamphlet he distributed in the Vilna Ghetto in 1942, he issued a call to action: “We will not be led like sheep to slaughter. True we are weak and helpless, but the only response to the murders is revolt. Brethren, it is better to die fighting like free men than to live at the mercy of the murderers. Arise, arise with last breath.” This was one of the first examples of Jewish awareness that the Nazis intended to murder all the Jews of Europe.