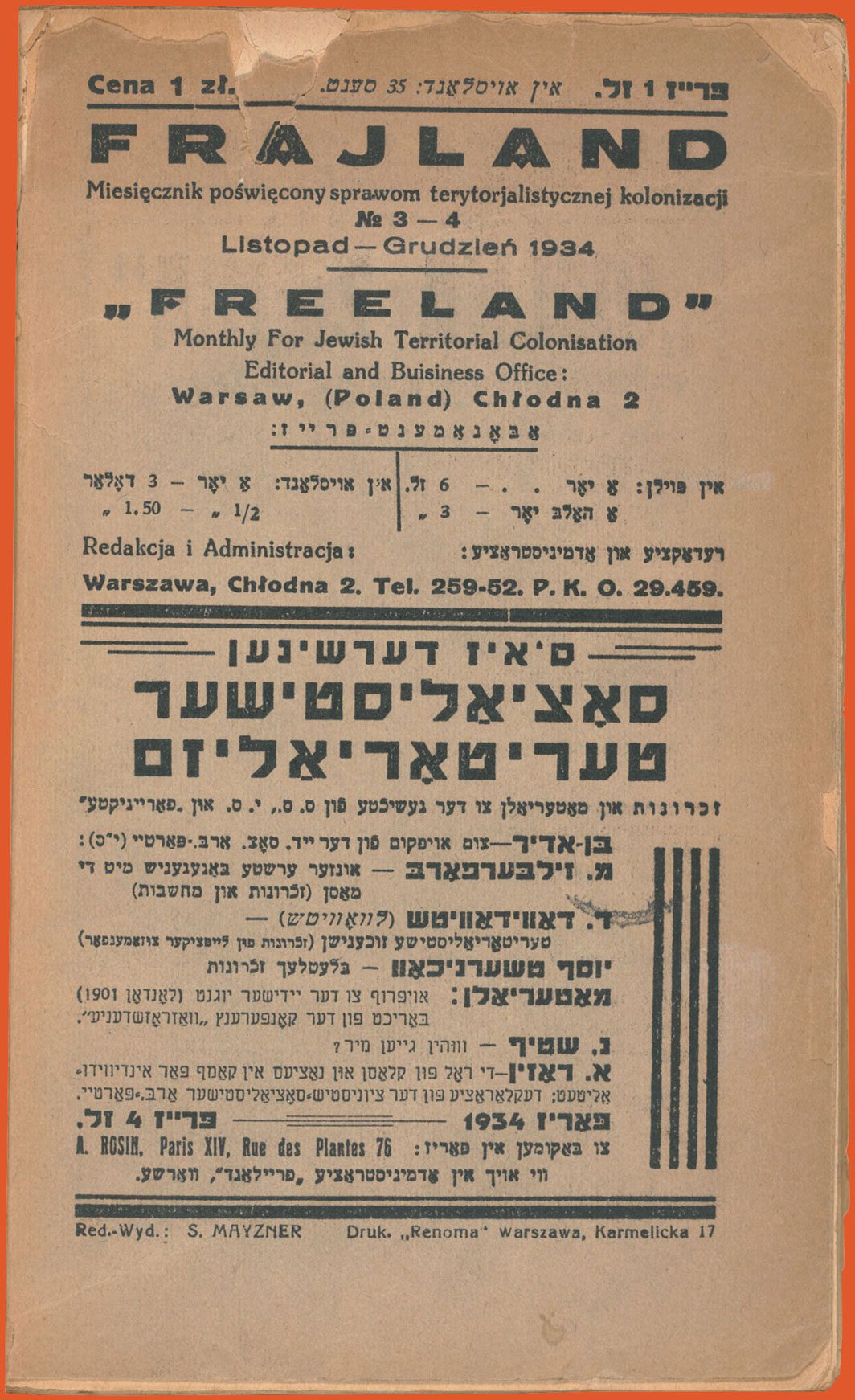 Back cover of Frayland (Freeland)

Back cover of Frayland (Freeland) issue no. 3–4 published in Warsaw. In the 1930s, conditions in Poland worsened for Jews and the world closed its doors to Jewish refugees from Germany. Jews were attracted to organizations that seemed to offer a way out. Young Jews joined Zionist organizations with the hope of emigrating to the Land of Israel and building a homeland for Jews there. Others looked to the Birobidzhan, a “Jewish autonomous region” established in the Soviet Far East. There was a new interest in the Freeland League, an organization that sought to establish a Jewish homeland anywhere suitable in the world, even in remote regions in South America, Australia, or Africa. In the late 1930s, the Vilna youth movement Shparber (Hawks) had a membership second in size only to Tsukunft (Future), the youth movement of the Jewish Socialist Bund.