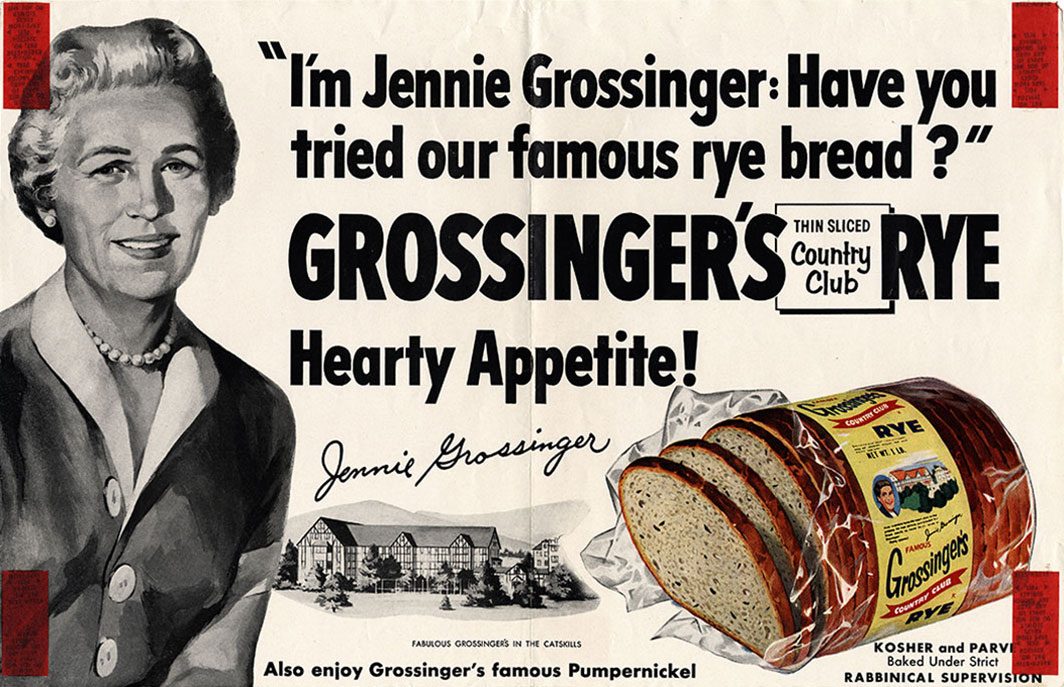 Grossinger’s was a famous Jewish resort in the Catskills in upstate New York. During its 67 years in existence (from 1919 to 1986), it attracted many celebrities, including most of the Borscht Belt (Catskill Mountains) Jewish comedians. Proprietor Jennie Grossinger, the daughter of its founder, became a bit of celebrity herself. Grossinger’s rye bread was one of its spin-off products. It was advertised to the general public, many of whom regarded rye bread and other Jewish deli foods as just part of the New York culinary landscape. But it was also advertised to Jews who kept kosher: the bread was baked under “strict rabbinical supervision.”