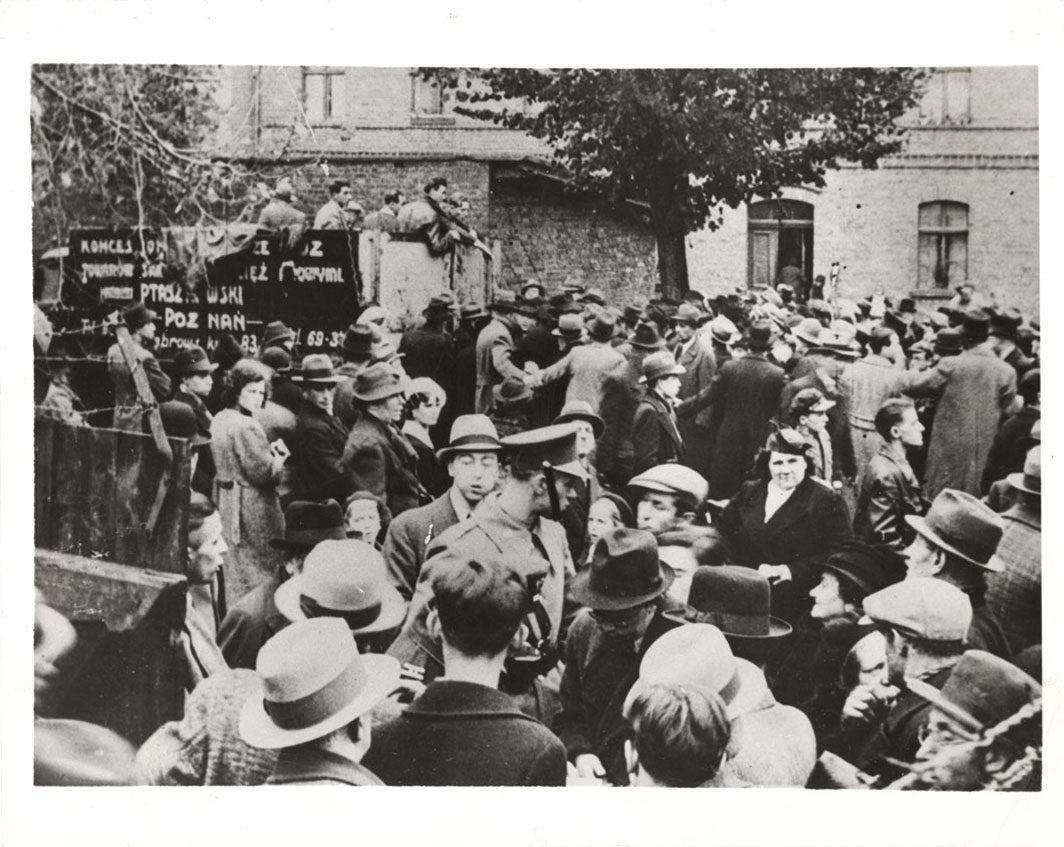 Expelled Jews stranded on the border between Germany and Poland

In October 1938, Nazi Germany expelled Jews who supposedly had originally come from Poland. These Jews were rounded up and dumped on the Polish border at Zbąszyń. The Polish government refused to admit those who did not hold valid Polish passports. This left thousands stranded with no place to take shelter. Some crowded into stables while others had to remain in the open air. Later, the American Jewish Joint Distribution Committee and a Polish Jewish refugee aid organization teamed up to locate accommodations for the refugees. They stayed in old army barracks, buildings of a flour mill owned by a Jewish family, and some private homes. The refugees suffered in Zbąszyń for several months until some were allowed into Poland. Others were temporarily allowed to return to Germany.