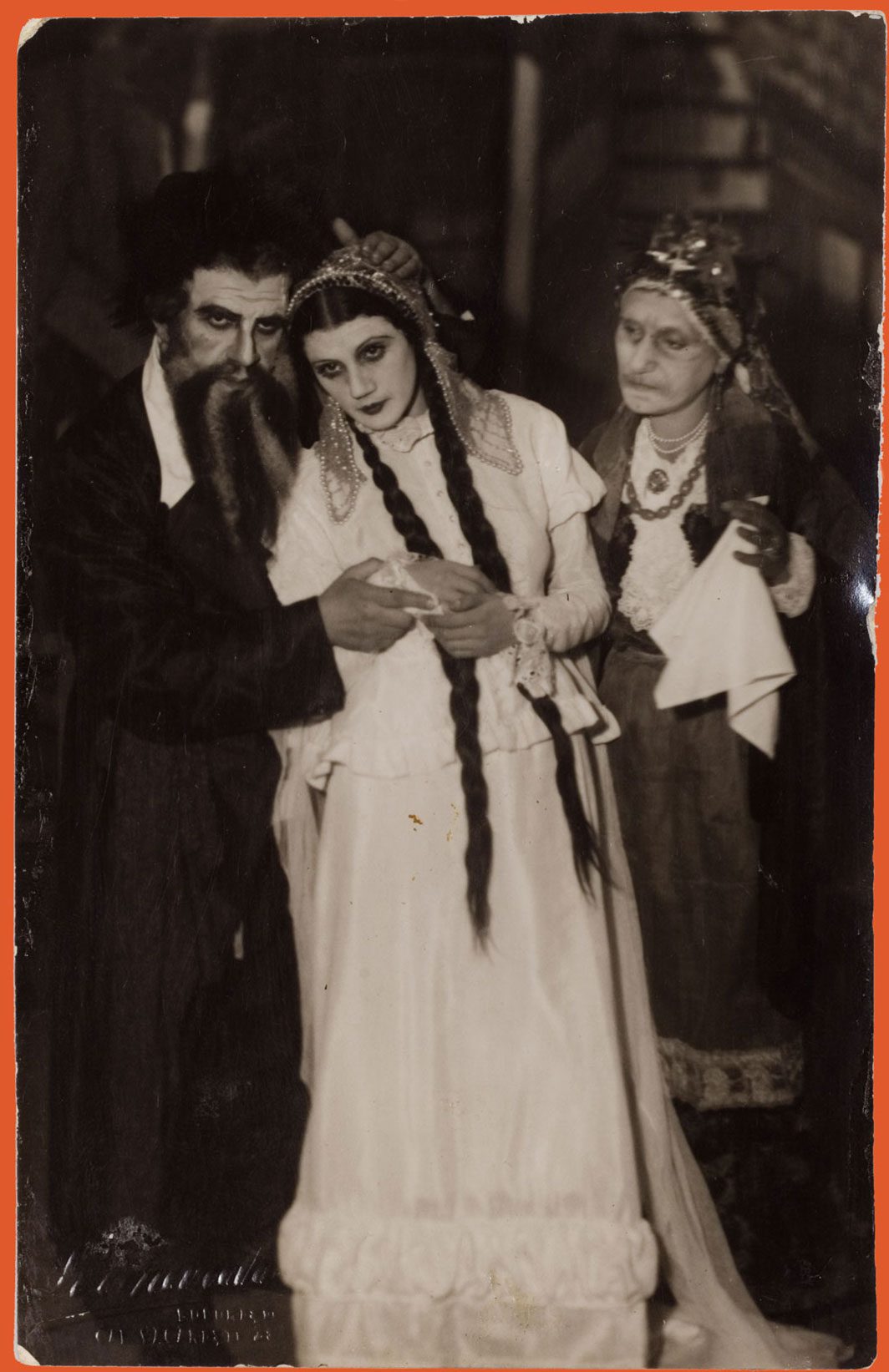 Scene from The Dybbuk

A scene from a Vilna Troupe performance of S. An-Ski’s The Dybbuk.  Luba Kadison is playing the part of Leah. The Dybbuk was the most celebrated play in Yiddish theater history. It was first staged by the Vilna Troupe, the celebrated art theater ensemble based in Vilna, Poland. The performance took place soon after the death of its author, the famed ethnographer S. An-Ski. His writing was inspired by folktales he’d collected in the course of an expedition to Jewish communities in Podolia and Volhynia before World War I.