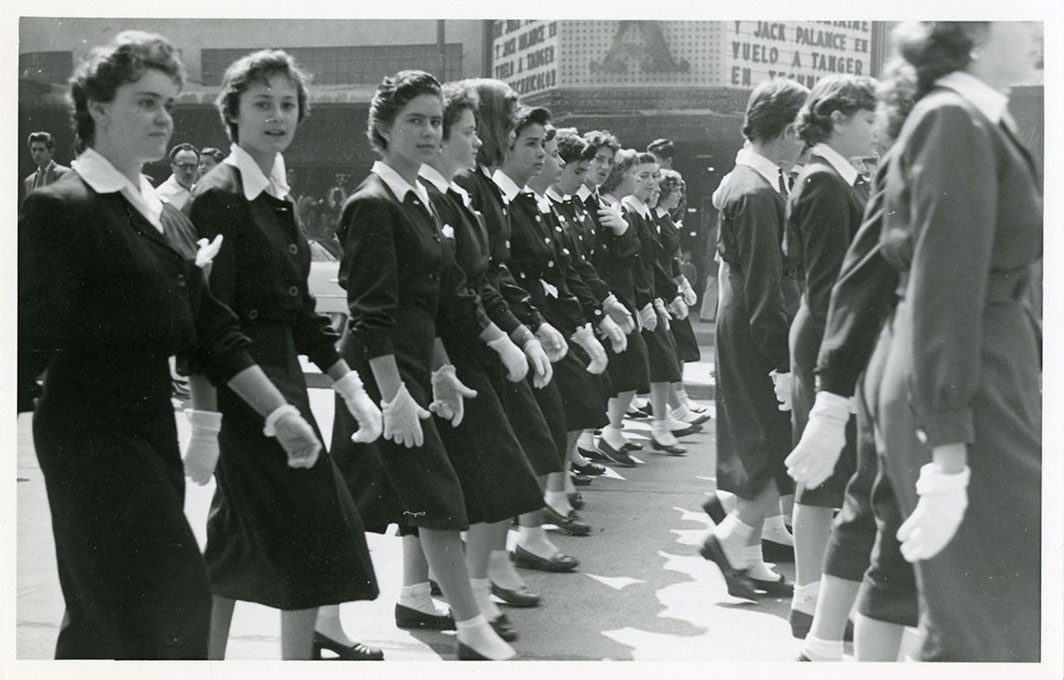 Girls from the Colegio Israelita, a Jewish school in Mexico City, taking part in a Cinco de Mayo march. By 1930, the Jewish population numbered 21,000. This community was augmented by Jewish refugees who fled from Germany and Eastern Europe in the 1930s and 40s, though immigration quotas kept the numbers of newcomers low.