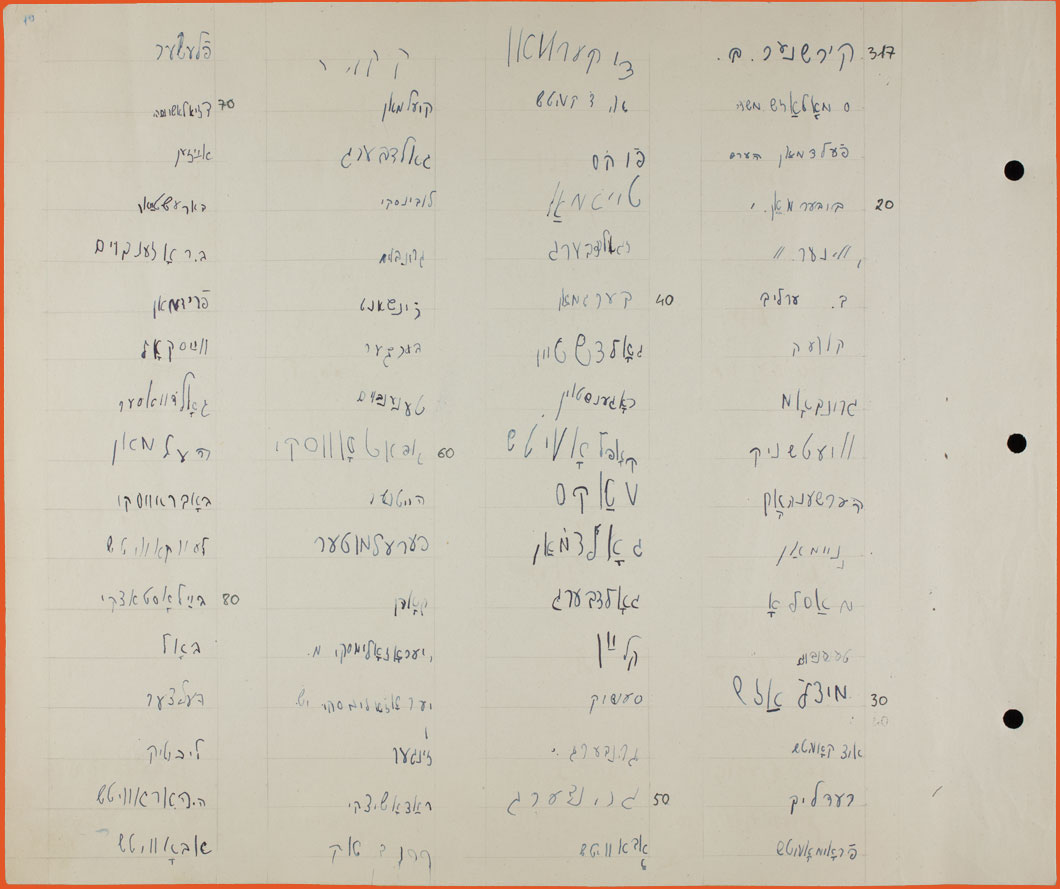 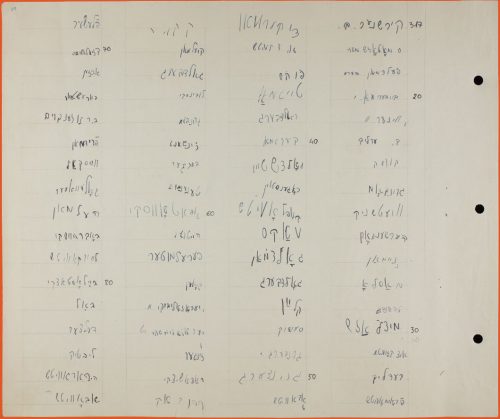 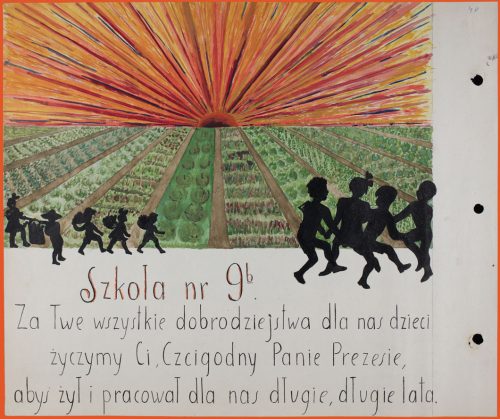 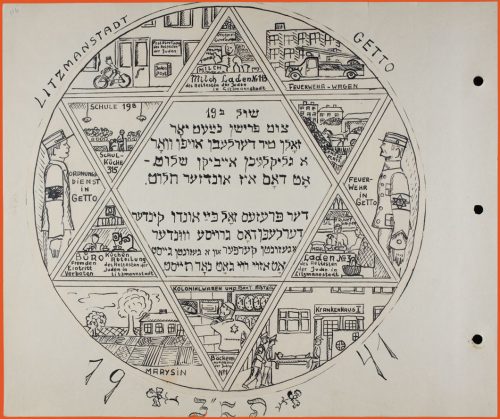 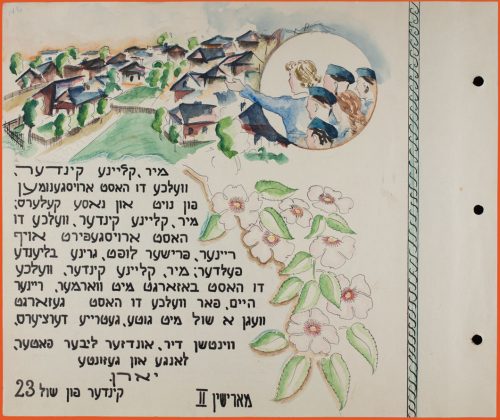 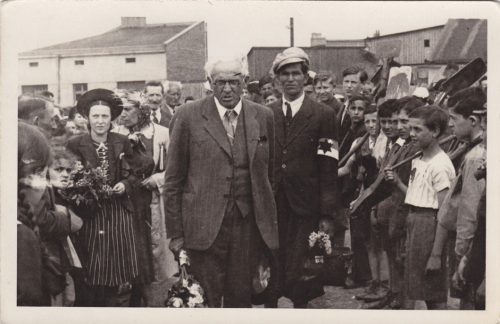 Rosh Hashanah album made by children of the Łódź Ghetto

Łódź, Poland, Circa 1941. Children of the Łódź Ghetto

Pages from the Łódź ghetto Children’s Album. On September 23, 1941, this album was given to Mordechai Chaim Rumkowski, the leader of the Judenräte in the Łódź ghetto. With over 14,000 signatures, the school children prepared the album in honor of Rosh Hashanah (the Jewish New Year). They wanted to thank Rumkowski for opening the schools in the Łódź ghetto and providing meals. Sadly, the same afternoon the album was given to Rumkowski, he learned that he would have to close the schools due to the increased housing needs of incoming deportees. Conditions for the children continued to worsen. By September 1942, over 15,000 children under the age of 14 had been removed from the ghetto. A majority of the children who signed their names in the album were sent to Chelmno. They were murdered in this death camp located outside of Łódź. Some children remained in the ghetto after the deportations to Chelmno and Auschwitz. Of the over 14000 children who signed approximately 200 survived the war.

The album is filled with pages of student signatures, along with drawings and notes written to Rumkowski. The messages are well wishes in the new year for their friend and chairman, Rumkowski. They thank Rumkowski for protecting them and providing them with schools and meals.

The first image is a page of the album with signatures of the school children.

The second image is a card from School 9b. The children send well wishes to the president for all his good deeds.

The third image is from school 19b. The note reads, “May we live to see happy and eternal peace in this fresh new year. That is our dream. May the Chairman live to see this miracle among us children. A healthy body and a healthy spirit, just as God commands.”

Around the lettering are illustrations of various Ghetto institutions. Also shown are the different shops run by the Judenräte. Clockwise the illustrations show: Milk store (the signs say milk, butter, margarine); Fire engine; Vegetable market; Fire department in the ghetto; general shop (the signs say fruit soup and flour); Hospital; Bakery (the signs say colonial goods and bread); Marysin, a part of the ghetto with fields and gardens where the schools are located; Office of the Kitchen Department (the sign says entry for foreigners is forbidden); Jewish Police; School 19B–School-kitchen 315; Post office.

The fifth image is a photograph of Rumkowski visiting the children of the Łódź ghetto in Marysin, the section of the ghetto where the schools were located.