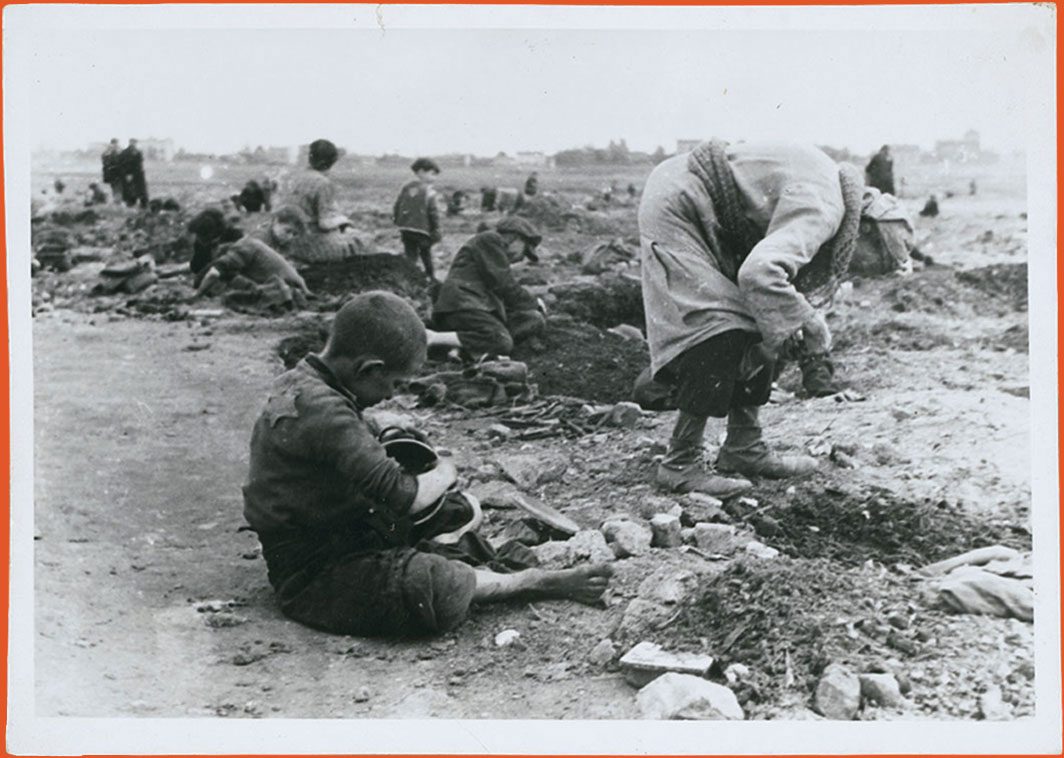 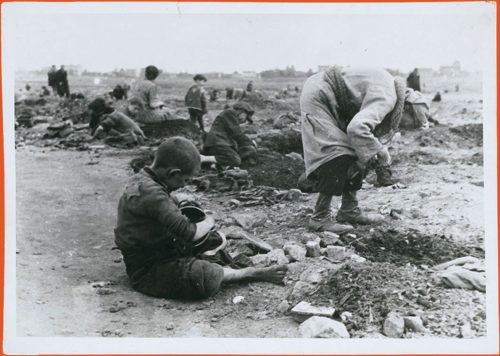 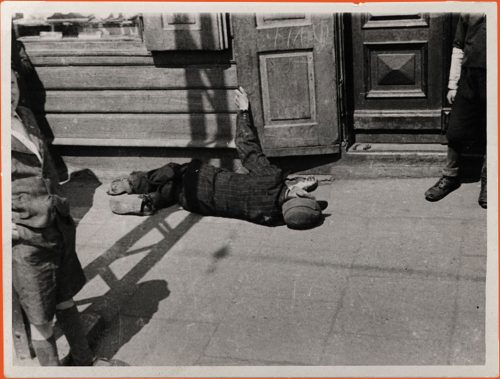 Children in the Łódź Ghetto

The first image, taken in 1941, is of children scrabbling for coal in the Łódź Ghetto. The Łódź Ghetto was established by the Germans in 1940. It was in a rundown area of the city of Łódź that had wooden houses without electricity, gas, water lines, or sewerage. There, 200,000 Jews were imprisoned and struggled to survive. Most were deported to death camps. About 12,000 ghetto residents survived concentration camps. Another 877 survived hiding in the ruins of the ghetto or by passing as Christian in the non-Jewish part of the city.

The second image, taken in 1942, is of a boy who has fainted from hunger on the street in the Łódź Ghetto. In the ghettos in Poland, starvation was rampant. It was not uncommon to step over corpses in the streets.