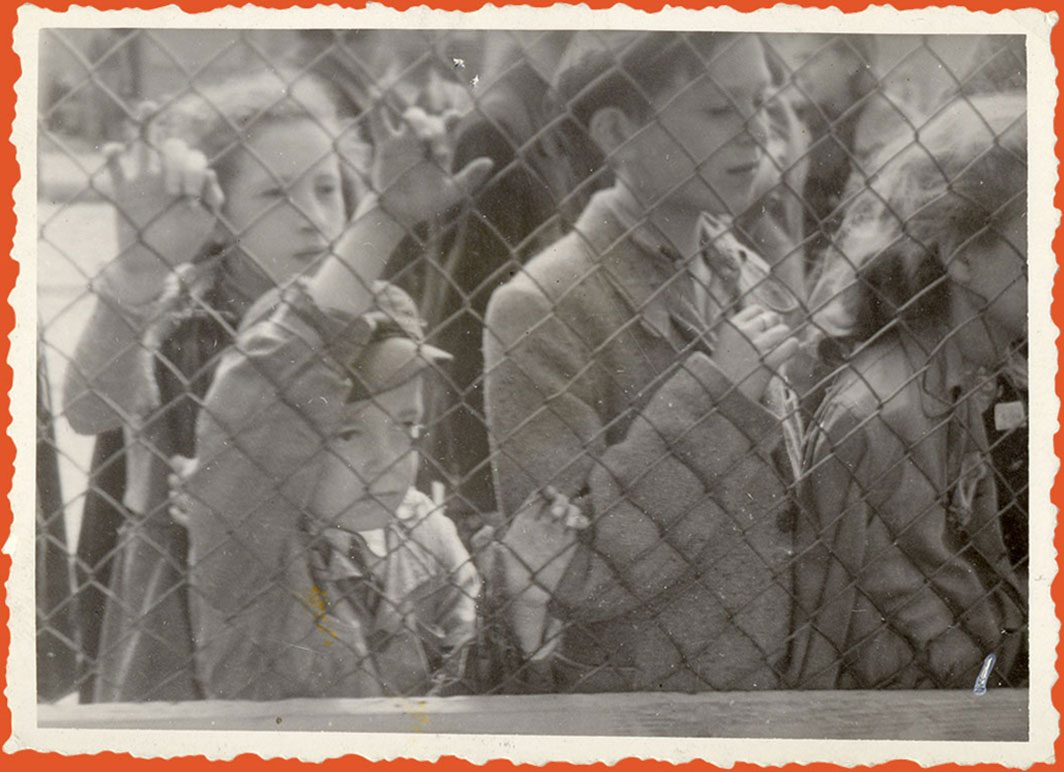 Children in the Łódź Ghetto assembled for deportation. In September 1942, the Germans ordered the deportation of 20,000 “unproductive” residents. About 6,000 children who were forcibly taken from their families. The victims were taken to the Chelmno death camp and upon arrival murdered in trucks outfitted as mobile gas chambers.