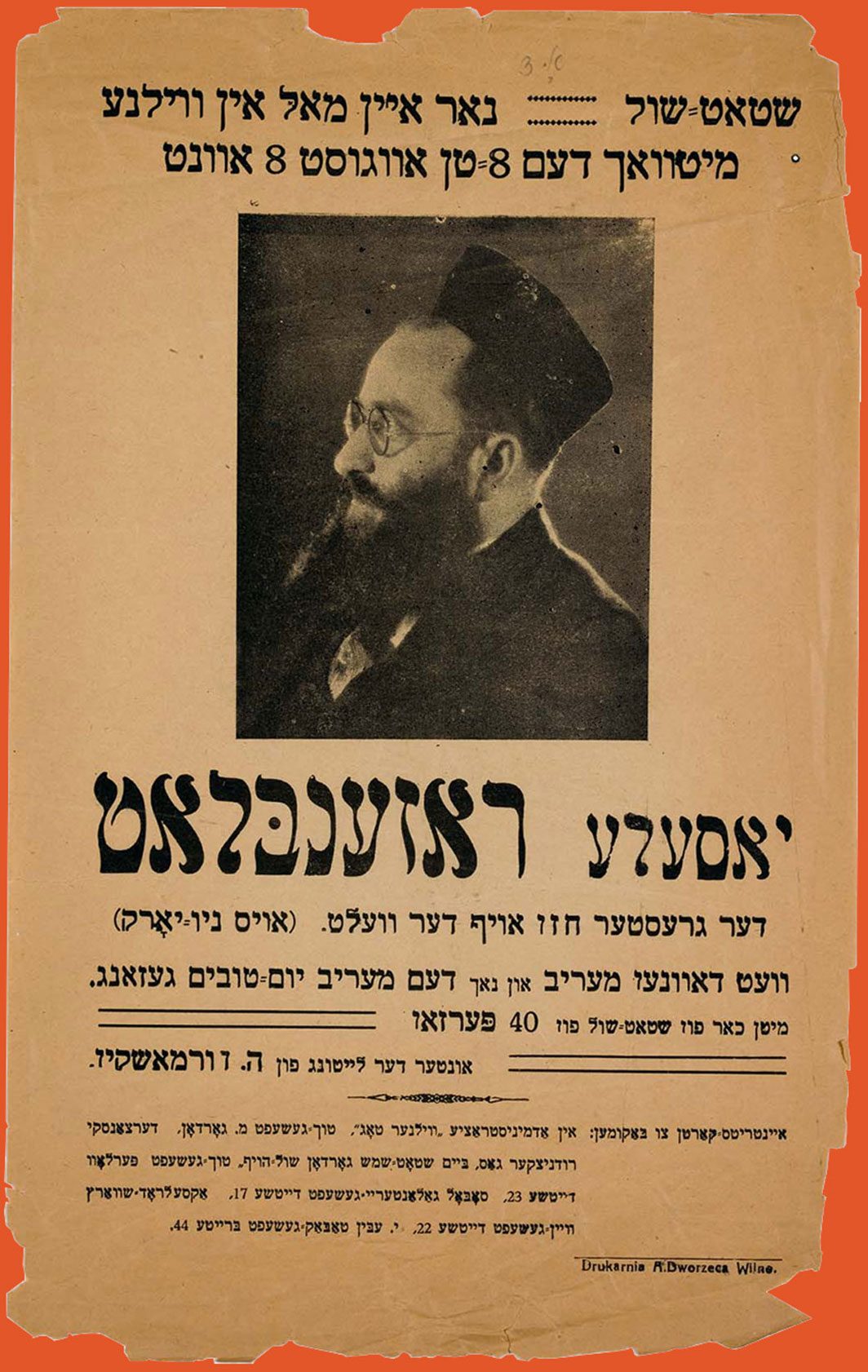 Advertisement for a performance by star cantor Yosele Rosenblatt

Yiddish flier advertising an appearance by (Josef) Yosele Rosenblatt in Vilna’s Great Synagogue, with choir accompaniment led by Volf Durmashkin. Ukrainian-born Rosenblatt, proclaimed here “the greatest cantor in the world,” was already quite famous when he emigrated to the U.S. There, he became the cantor of a synagogue in Brooklyn and the highest-paid cantor in the world. However, a bad business deal left him bankrupt. To make ends meet, he accepted an offer to appear in a film in Palestine in 1933. He died suddenly there at age 51. The appearance in Vilna listed on this flier might have been part of a performance tour on the way to Palestine.