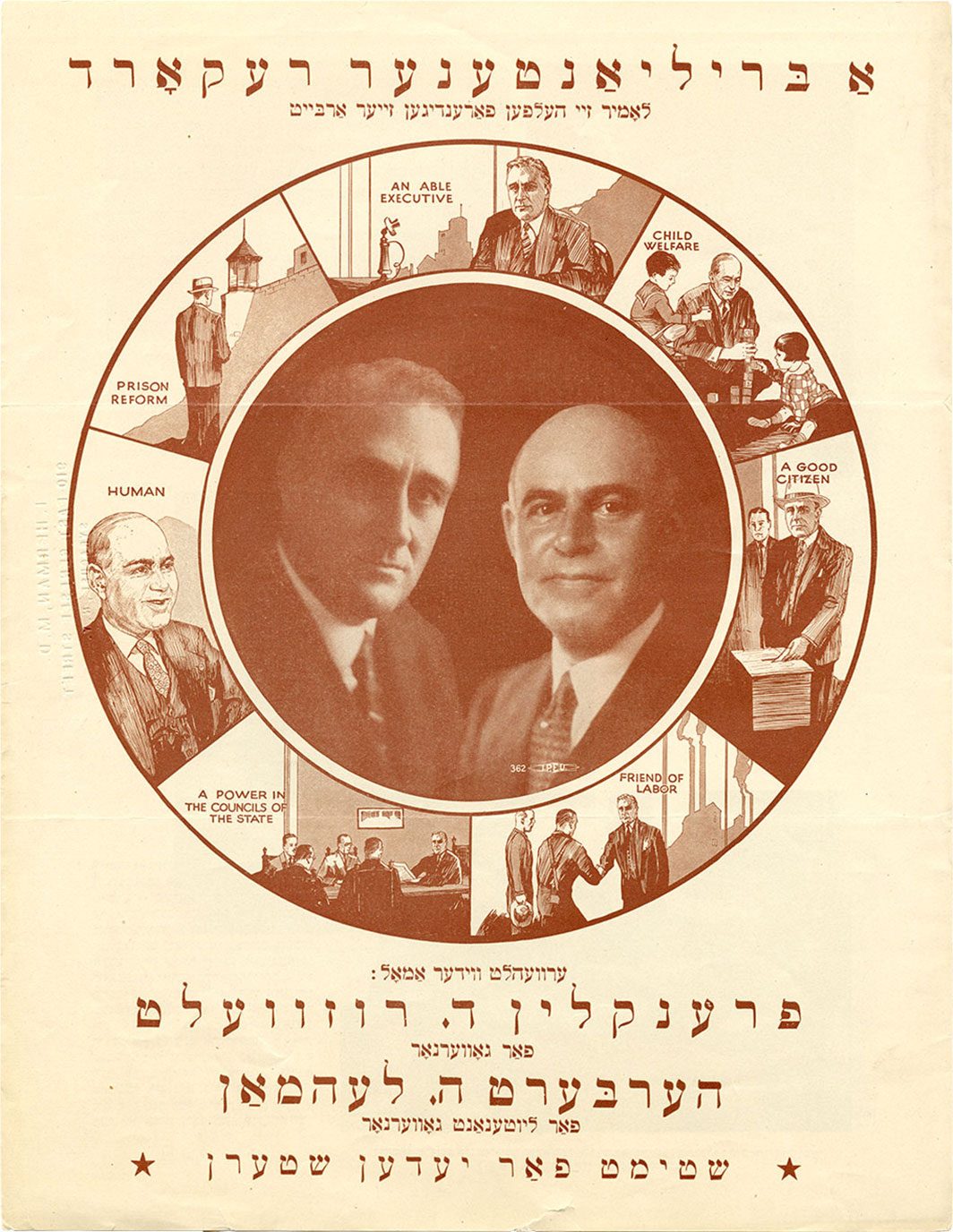 “Vote Again for Roosevelt and Lehman”

Yiddish flier urging Jews to vote the Democratic ticket, which was Franklin D. Roosevelt for governor of New York and Herbert Lehman for lieutenant governor. Roosevelt went on to become president of the United States in 1933. Lehman became governor of New York, and later a senator. By 1936, when he ran for reelection as president, Roosevelt had put together the “New Deal Coalition.” This alliance of voters was from different regions of the country and included different racial, religious, and ethnic groups, including Jews.