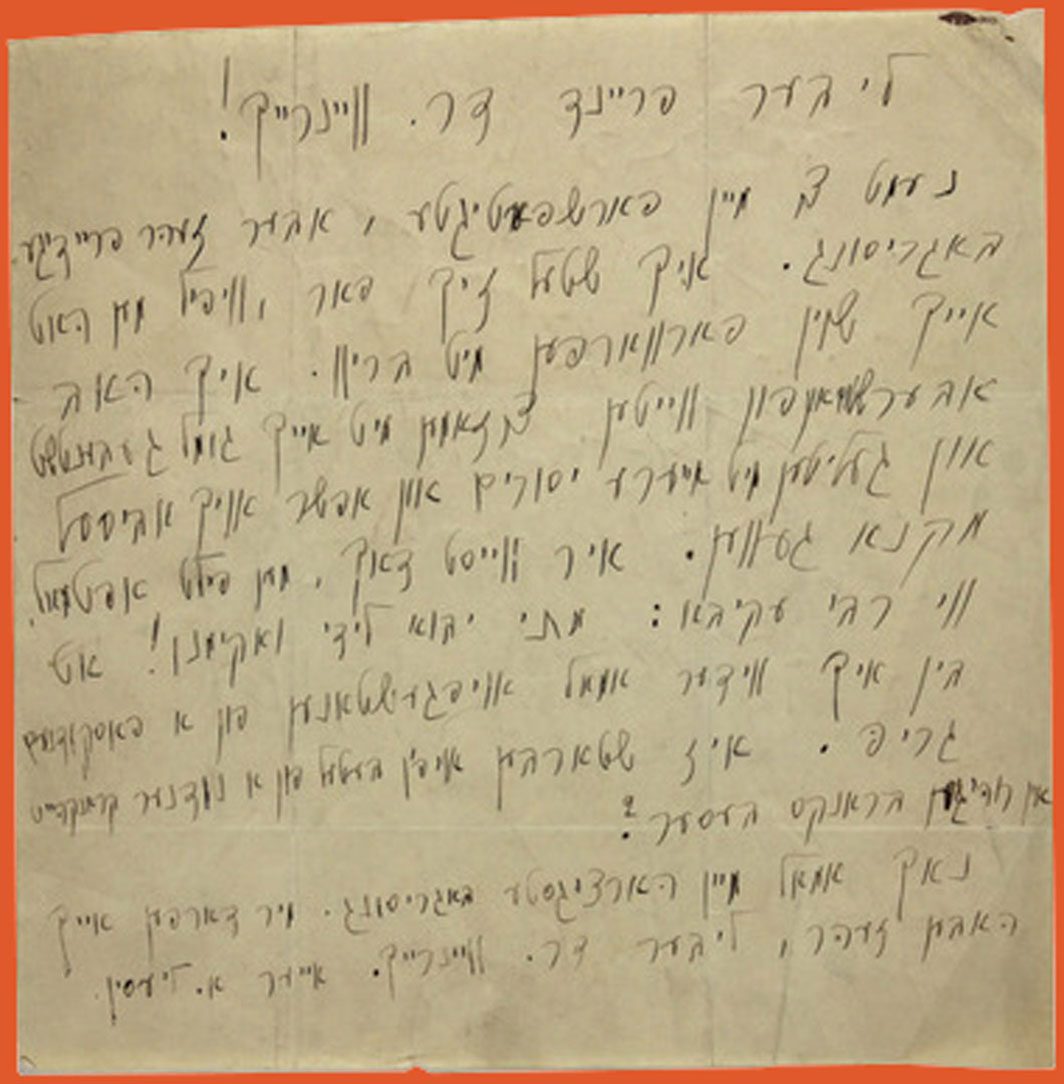 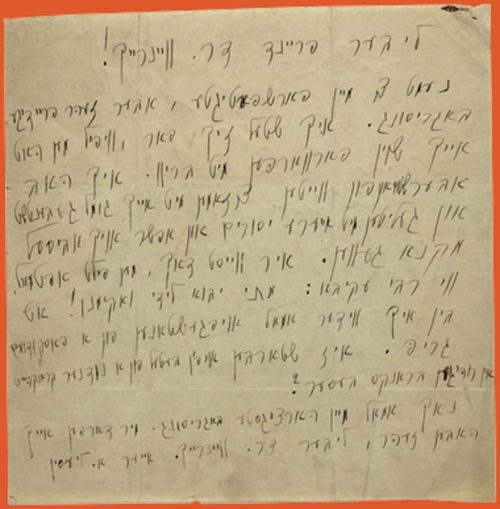 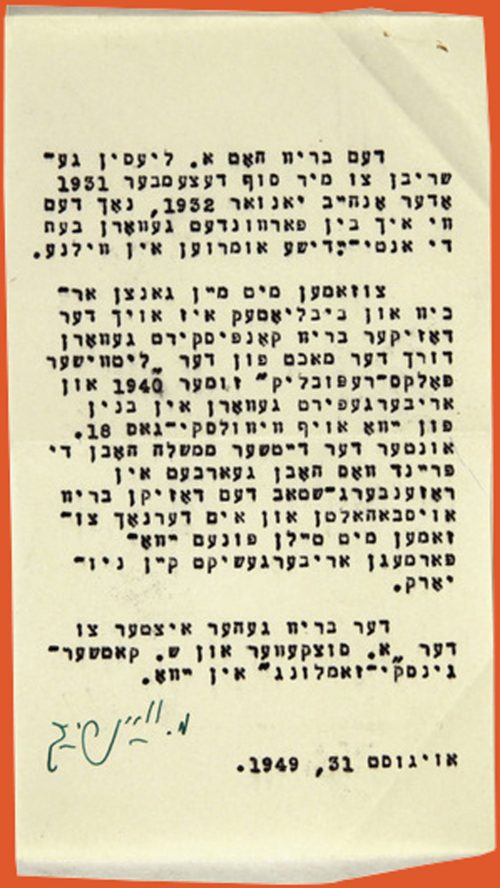 Letter sent from Abraham Liessin, the editor of the American Yiddish literary journal Zukunft (Future), to Max Weinreich in Vilna, Poland. Liessin has heard that Weinreich was wounded in the eye during the anti-Jewish unrest and wishes him well. Accompanying the letter is a typed note by Max Weinreich, written in August 1949: “Along with my entire archive and library, this letter was confiscated (removed) by the regime of the Lithuanian People’s Republic in summer 1940 and brought to the YIVO building at 18 Wiwulski Street. During the German occupation, the friends who worked under the Einsatzstab Rosenberg hid it and, later, along with part of YIVO’s holdings, it was sent to New York.”