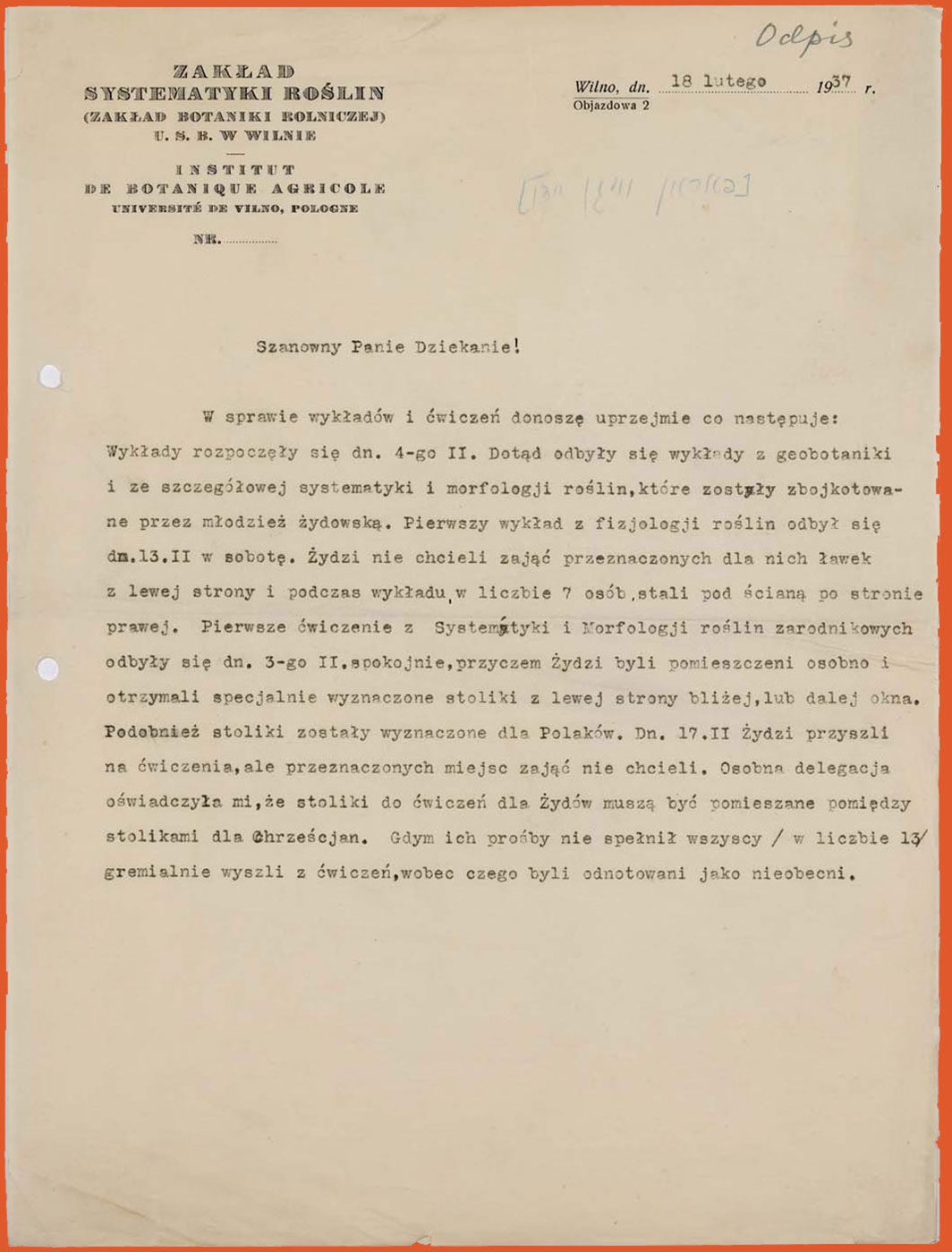 In 1937, officials at Polish universities officially adopted a policy of segregated seating for Jews in classrooms. Supported by the government, these became known as “ghetto benches.” This document reports on the introduction of ghetto benches for Jewish students at the Department of Agriculture, Stefan Batory University, Vilna: “Esteemed Dean – The following is with regard to lectures and workshops. The classes started on February 4. The lectures in geobotany and plant morphology were boycotted by the Jewish students. The first lecture took place on Saturday, February 13. The Jews did not want to take the benches that were designated for them on the left side, and all seven remained standing at the right-side wall. On February 17, the Jews appeared at the workshop but refused to take the designated seats. Their delegation told me that the worktable for the Jews would have to be merged with those designated for the Christians. When I refused to do so, all thirteen of them left the hall, and thus were marked as absent.”