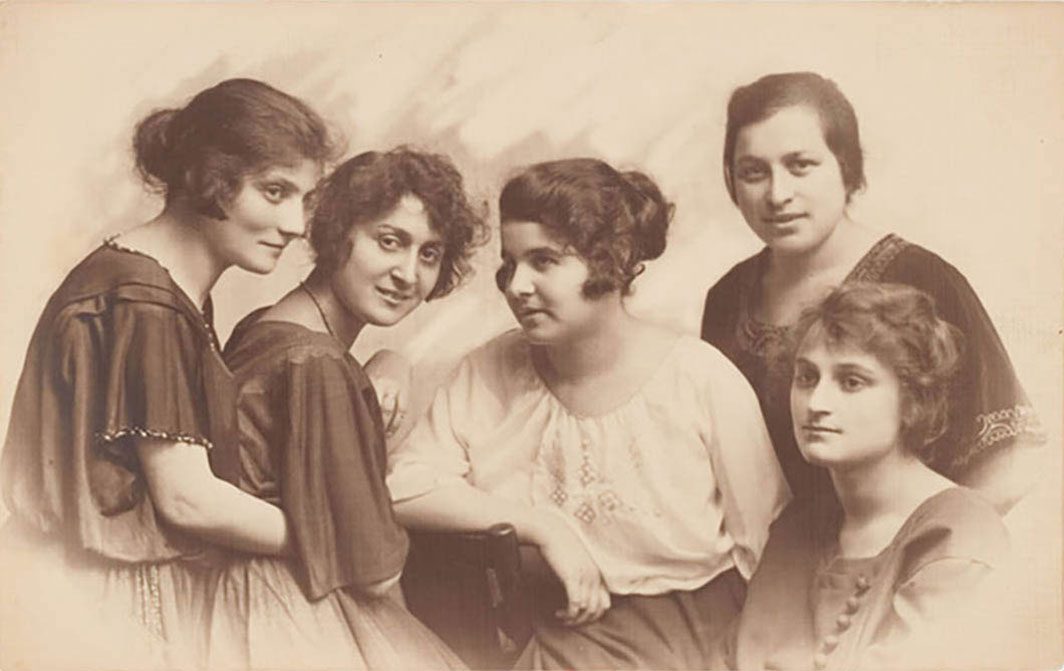 Studio portrait of a group of Jewish women scholars taken in Warsaw, Poland, in 1924. They were from the town of Szydlowiec, where they were involved in Zionist activities. They may have been the first generation in their families to receive a formal education. Three of them emigrated from Poland in the decade after the portrait was taken.